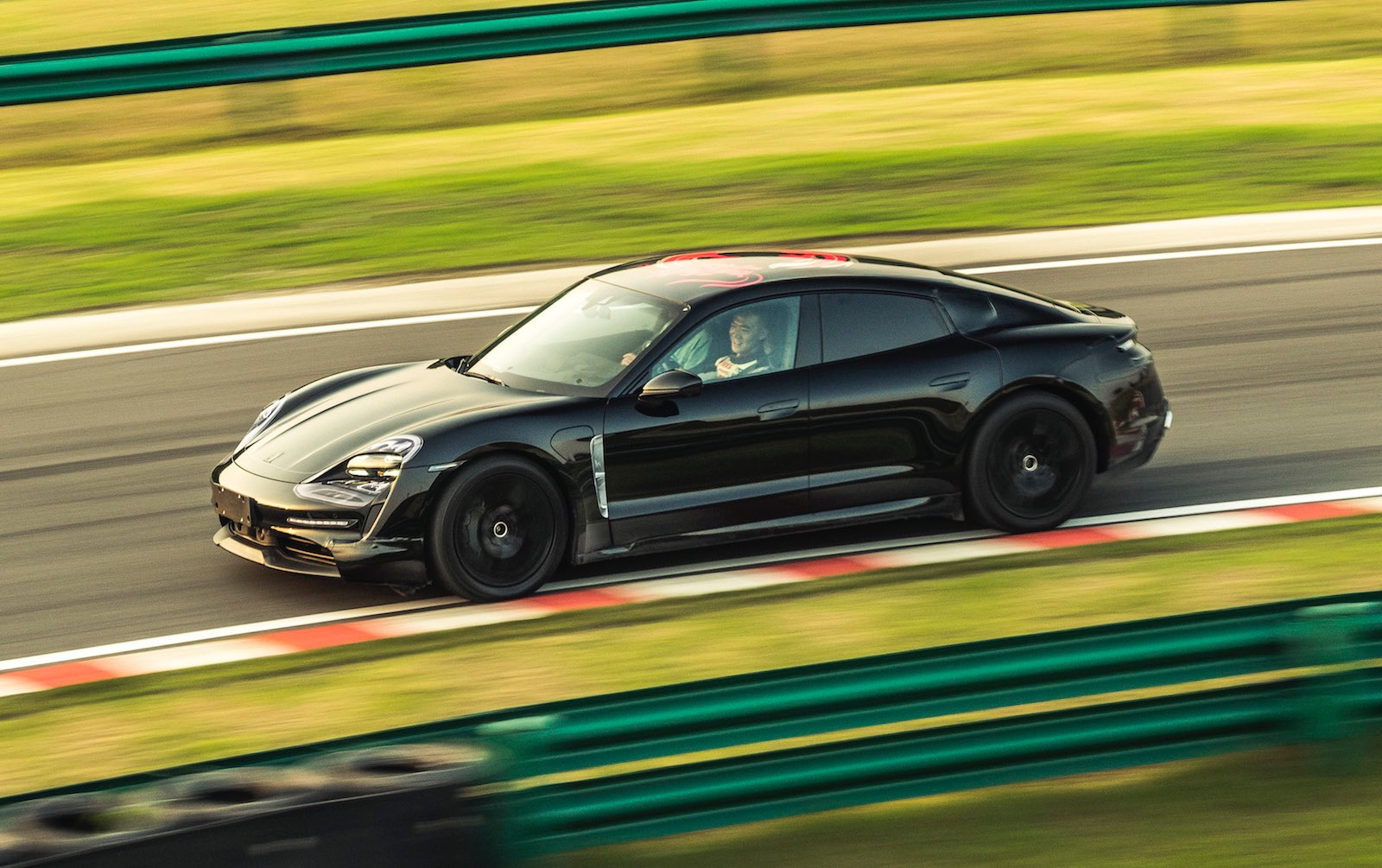 The Porsche Taycan is getting closer to market entry as the company’s first dedicated electric model. Prototype testing has now moved on to demonstration runs with prominent race car drivers, with the first taking place in Shanghai, China. 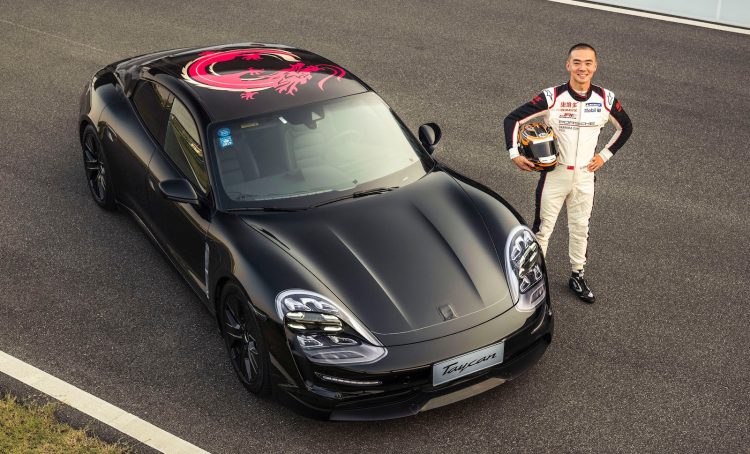 Porsche is planning to showcase a pre-production prototype in three locations over the next three weeks, starting in China, then the UK, and then the US. In China, Porsche Carrera Cup Asia driver, Li Chao, had a chance to demonstrate the Taycan’s awesome performance around the 1.4km handling track at the Porsche Experience Centre, in Shanghai.

Here, the Taycan prototype was able to stretch its legs, unleashing around 440kW of instant power. As a tribute to the occasion, the prototype wore a special livery on the roof featuring a dragon graphic. Porsche will be placing other equally-fitting liveries for the UK and US demonstrations. Speaking about the drive, Chao said:

“From uncompromisingly sporty to surprisingly comfortable, the chassis of the new Taycan covers a wide range and successfully combines the precise handling of a sports car and the long-distance comfort of a saloon. In addition to its low centre of gravity, the rear-axle steering also plays a crucial role. The Taycan steers into corners very directly and has plenty of grip.”

Looking closer at the prototype, Porsche appears to have peeled back some of the camouflage. The headlights are exposed, albeit surrounded by disorienting decals that depict false headlight designs. This is also the first time we’ve seen these wheels, as well as the vent and detail around the front guards and lower front end.

So far Porsche has confirmed the Taycan will offer a full-charge range of over 500km, with an 800V electric system delivering over 440kW. The company also says it can cover the 0-100km/h sprint in less than 3.5 seconds, and 0-200km/h in less than 12 seconds.

The next stop for the demonstrations will be at the Goodwood Festival of Speed, where it will be driven at speed with Mark Webber behind the wheel. The event runs from July 4-7. Following that, runs will be held at the FIA Formula E Championship in New York, from July 13-14. A full unveiling will then take place in September.