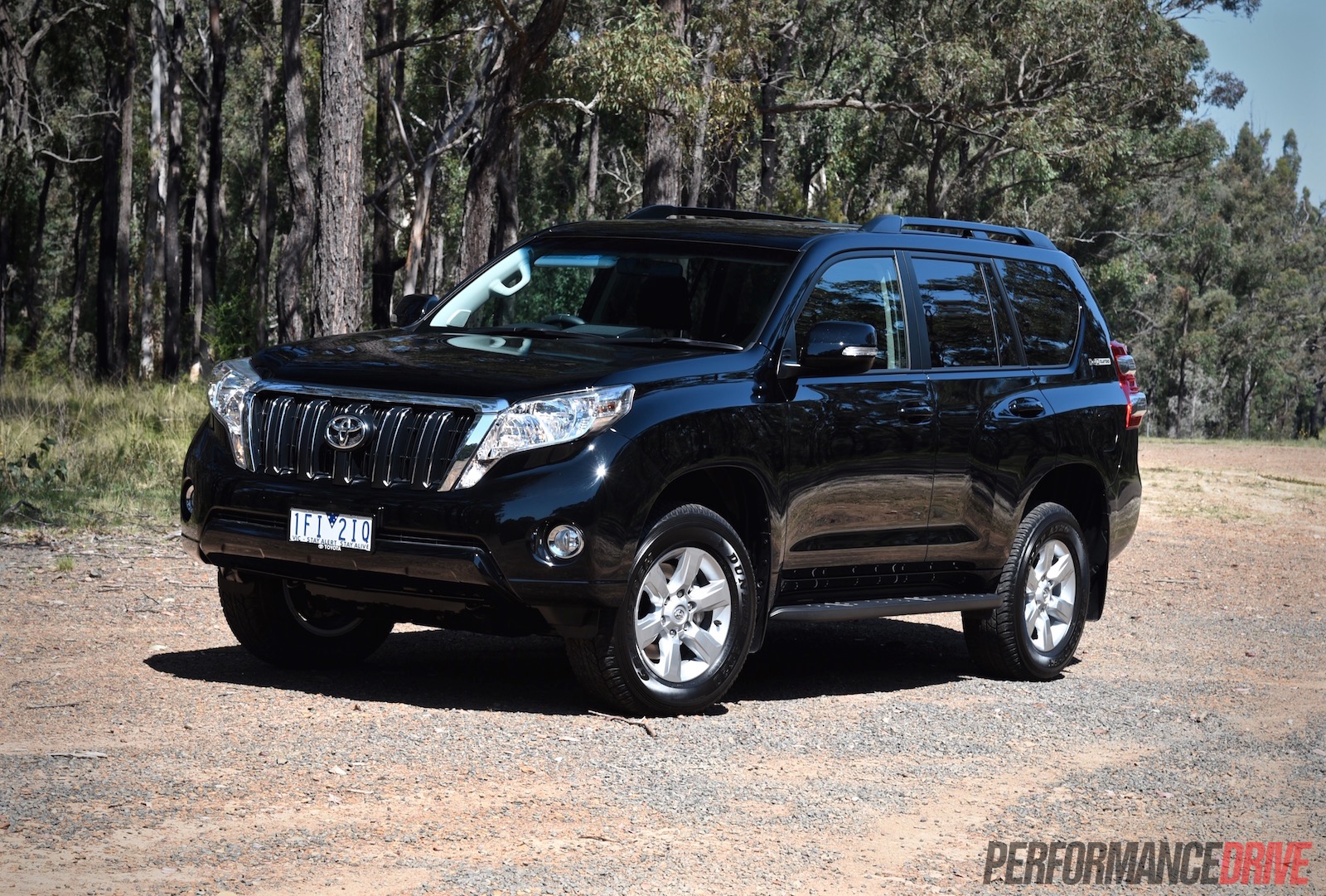 You can’t drive very far these days without seeing one of these. Since its introduction in 1996 to this new 2016 model, the Toyota LandCruiser Prado has been a hit with Australian families, offering a rugged body-on-frame construction, and Toyota’s enviable reputation for reliability. 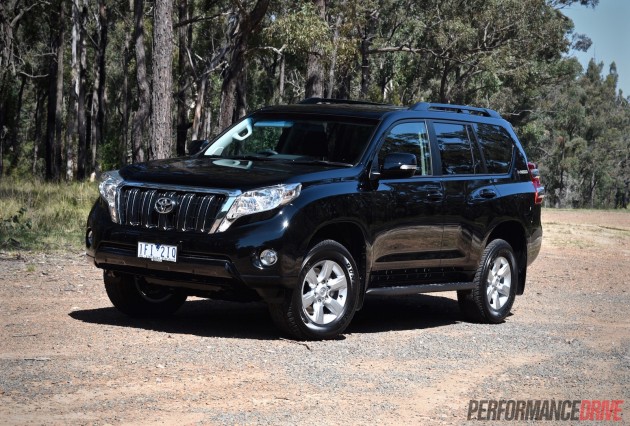 In the last decade it has seen off threats from crossovers such as Ford’s ground-breaking and passenger-car-oriented Territory, as well as some in-house competition from the Kluger. But the Prado has come back swinging this year, leading the “Below $70,000 Large SUV” segment in Australia by a considerable margin. The Prado has reported 11,446 sales so far this year, while its nearest rival, the Kluger, was picked up by 10,478 buyers.

To keep the Prado fresh Toyota has just announced a series of updates for 2015 and 2016, including a pair of new six-speed automatic and manual gearboxes, a revised petrol V6, and an all-new 2.8-litre turbo-diesel which, in addition to the transmissions, will be shared with the new HiLux and Fortuner.

Toyota says the diesel engine, which replaces the outgoing 3.0-litre model, features a new turbocharger which is 30 per cent smaller, allowing it to spool up 50 per cent faster, facilitating a reduction in engine capacity and fuel consumption. Economy ratings stand at 8.0L/100km for automatic and 7.9L/100km for the manual. Outputs have increased, now standing at 130kW and 420Nm (450Nm for the auto), up from 127kW and 410Nm of the 3.0L. V6 Prado models benefit from revisions which yield a 5kW power increase (to 207kW) and a 1.6 per cent reduction in emissions.

It is the second-tier GXL 2.8 diesel manual that we are testing here. With a face resembling a Batman nemesis, the nickname ‘Bane’ was a given. We took this opportunity to dissect why the Prado is so popular, while also testing the drivetrain and in-cabin features. 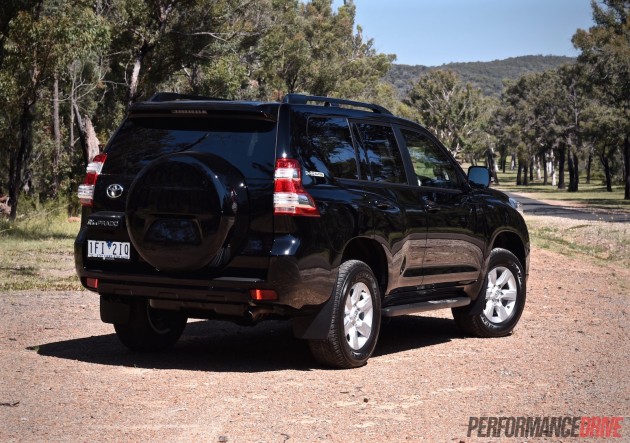 The GXL is the second model up after the more utilitarian GX, which starts at $52,990 (before on-road costs). All Prado models offer a comprehensive safety package including stability control and seven airbags, with ANCAP’s five-star approval. For an additional $7000, the GXL adds extras such as a nine-speaker stereo system, tri-zone climate control, and new-for-2015 satellite navigation and touch-screen interface.

Sitting above the GXL are the VX and Kakadu. The VX’s additions include a 17-speaker JBL sound system, front parking sensors, an electrically-adjustable steering column, and Toyota’s Kinetic Dynamic Suspension System to keep the vehicle level in more extreme terrain. The Prado VX starts at $73,990.

Moving up to the flagship Kakadu nets some autonomous features such as radar cruise control, blind-spot monitoring, and pre-crash safety, plus, also new for 2015, rear cross-traffic alert. Adding to its off-road credentials are switchable drive modes depending on the surface you’re on, a lockable rear differential, and Toyota’s famed CRAWL control. At $83,490, all that extra hardware isn’t cheap but it does go a long way towards justifying the premium for serious off-roaders.

The GXL makes do with a centre diff lock (limited-slip in default mode), and switchable 4H and 4L high and low-range four-wheel drive. 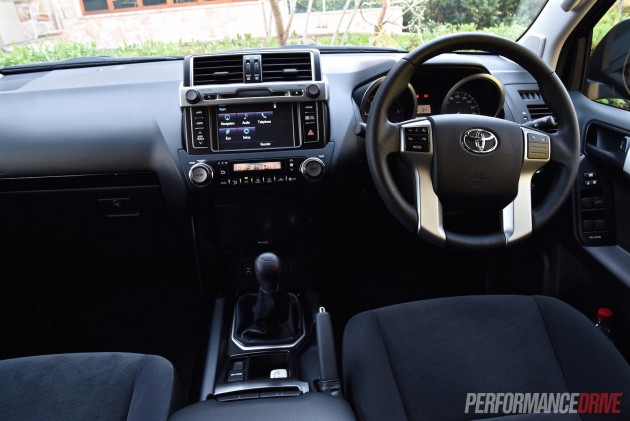 Once inside, you find a logical and well laid-out interior. While not particularly inspiring, nothing feels flimsy and most things fall naturally to hand. It’s immediately apparent what the extra money over a car-based crossover is buying you; a true sense of ruggedness.

The steering adjustment range is limited and the front seats are height adjustable via a pump mechanism, but we found it hard to find the perfect position. The driver’s seat, while offering lumbar support, isn’t particularly comfortable either. Second row occupants will appreciate seats which adjust fore and aft, including the backrest angle, while the third row is only really suitable for children, presenting very limited legroom.

Convenient highlights for us include one-hit power windows on all doors, push-button start, and the more user-friendly infotainment system. The satellite navigation is MicroSD-based and is a little tricky to input but very accurate nonetheless. Audio quality is excellent as well, and can only be even better for the JBL-equipped VX and Kakadu. 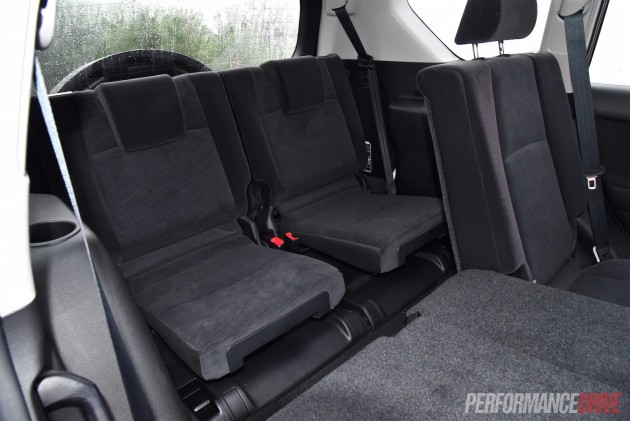 Press the starter button and the new ‘1GD-FTV’ introduces itself with culture and grace. While no doubt a diesel, with that trademark clatter on cold starts, it is clean-revving and doesn’t become gruff at high revs. It’s also eminently flexible. The second surprise is the slick manual gearbox. It has a precise, positive action and feels effortless to use. While not rifle-bolt snickety like a WRX or 911, it never feels laborious and works harmoniously with the diesel to mask the 2225kg tare mass.

Around bends, the hydraulic power steering is heavy. It offers little in the way off usable feedback, and can be off-putting if you eagerly try to attack a corner or change directions quickly. While it will respond to quick maneouvres, ask too much of it and it will push wide. At the end of the day there is no masking physics.

Moderate-to-firm pressure stops reveal more nose-dive than Charlie Sheen. The front brakes bite hard, with the ABS seemingly slow to react, with a disconcerting moment of traction loss. Press hard on the brakes on the dirt or on a loose surface results in good performance.

With the cruise control set at 110km/h on the freeway, you can expect fuel economy to be in the high-6L/100km region – astonishing in a behemoth of this magnitude. Around town it rarely breaks double figures. An eco bar/graph app is embedded in the infotainment system to help you optimise your economy while on the go, and once you learn to ride the peak torque wave available between 1400rpm and 2600rpm, around 9.0L/100km is entirely achievable in mixed conditions.

A faint diesel din is heard at cruising speeds, attenuated by some A-pillar wind noise. With a drag-coefficient of 0.35, it is not bad for a vehicle this large and bulky. It’s worth noting that the engine is definitely more refined, smoother, and quieter than the 3.0-litre unit it replaces.

The reverse camera, combined with parking sensors, makes reverse parking a cynch. Higher grade models feature front sensors too, but the Prado’s blocky proportions make it easy to place in parking spaces, even if almost filling them completely.

Those who wish to wander off the beaten path will want to slowly familiarise themselves with the Prado’s capabilities. The chassis and body are as rigid and tough as a tractor, so the layout will handle most hills, rocks, and trails with aplomb, and it has fun doing so.

With excellent approach (32 degrees) and departure (25 degrees) angles, 220mm of ground clearance, and impressive wheel articulation, make no mistake, the Prado GXL is fundamentally a true off-roader. But the absense of the KDSS and a rear diff lock is noticeable when attempting looser, slushier surfaces, and bigger angles. Low range and the centre diff lock activated makes downhill rock-crawling a footwork-free affair. In short, the Prado remains as one of the best off-road vehicles in the segment. 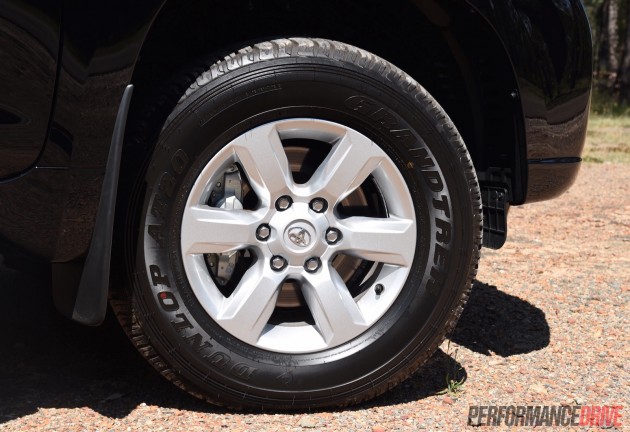 It’s clear the Prado offers consumers a package that’s over and above the regular torrent of try-hard SUVs. A ruggedness with real capability that gives the SUV genuine street cred (dirt cred?). Add Toyota’s reliability and capped-price servicing costs, a family-oriented seven-seat option, and an economical diesel engine and you have yourself a great buy.

If you’re thinking about buying one, remember Toyota is about to introduce the Fortuner; a HiLux-based 4×4 seven-seat wagon, which is expected to offer more cabin space than the Prado. We’d suggest you wait for that to arrive later this year and then test drive the two to see what configuration and what price point suits you best.