The all-new BMW M135i has been officially launched in Australia. The high performance hatch is the second ‘M Performance’ model to join the showroom range, following the introduction of the X5 and X6 M50d SUVs earlier this year. 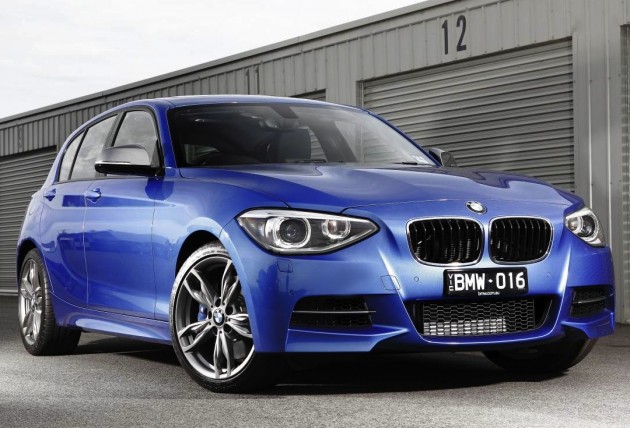 If you’re in the market for a serious hot hatch, there are a number of vehicles to choose from, including the Volkswagen Golf R, the Scirocco R, the Volvo C30 T5 Polestar, and now this, the M135i.

As the name suggests, this is not a specific ‘M’ model BMW to be exact, but it has been thoroughly developed by the performance division. It also follows closely in the footsteps of the BMW 1 M Coupe, which is an M model.

Power comes from a similar 3.0-litre TwinPower turbocharged straight-six engine producing 235kW and 450Nm, or 15kW less than the 1 M. Power is sent to the rear wheels via either a six-speed manual or an eight-speed automatic.

With automatic gearboxes becoming more and more popular these days it doesn’t come as much of a surprise to hear that, in this case, the auto version is both quicker and more fuel efficient than the ‘stick shift’. Acceleration from 0-100km/h can be over in just 4.9 seconds in the auto, or 5.1 in the manual.

As for fuel economy, both still showcase excellent figures for the level of thrills. The manual version consumes an average of 8.0L/100km, while the auto uses just 7.5L/100km. 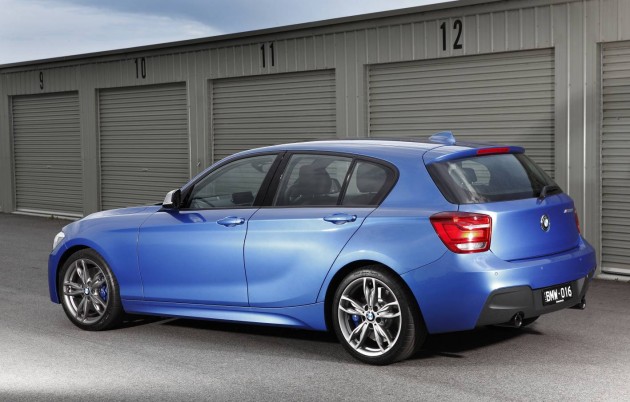 BMW M division not only provides the 1 Series hatch with getup and go, the M135i also comes with a number of bespoke highlights over the normal 1 Series.

Highlights include a subtle bodykit with slightly more aggressive front and rear bumper bars, a rear spoiler, and a set of staggered 18-inch alloy wheels wearing 225 tyres on the front and 245s on the rear. The wheels are attached to a complete M sports suspension setup with adaptive settings changeable by the driver in the cabin.

Behind the rims is a serious M Sport brake package consisting of four-piston front and two-piston rear calipers. The calipers are painted in a distinct dark blue paint and feature M logos.

Inside, the M135i helps passengers feel acquainted with the mechanical performance by hugging them in sports seats front and rear. There’s also an M steering wheel for the driver and BMW’s high gloss ‘Shadow Line’ trim.

The very tantalising new hatch is on sale in Australia priced from the following (excluding on-road costs):