Speaking with Car and Driver in the US recently, BMW M president Friedrich Nitschke has confirmed the BMW M135i is in the making. The production version will be “virtually identical” to the concept. 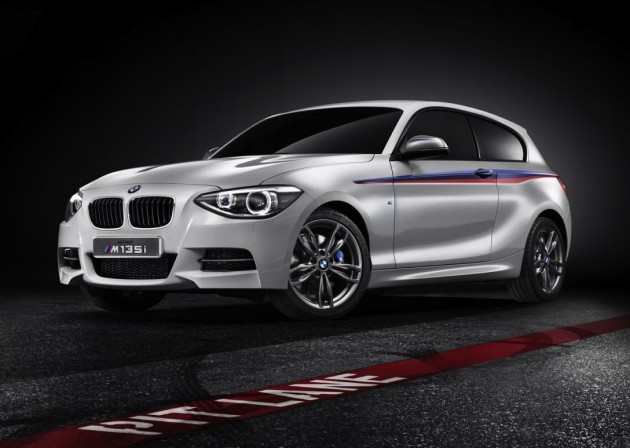 BMW revealed the M135i concept at the 2012 Geneva Motor Show earlier this year. It’s based on the 1 Series hatch, in three-door guise, with a stonking 3.0-litre TwinPower turbo straight-six under the bonnet. (Video of prototype M135i spied on the Nurburgring.)

Official specifications on the production version are yet to be confirmed, however, we can expect power levels to be slightly above the 225kW mark. Although it will use a rear-wheel drive layout, an optional all-wheel drive system is also said to be in the pipeline for overseas markets.

In other M news, Nitschke revealed that a performance 7 Series could be on the way. It’s understood the M luxury sedan would come with the new M550d 3.0-litre tri-turbo diesel straight six engine. In the M550d, and X5 M50d and X6 M50d, the engine produces 280kW and a whopping 740Nm.

The BMW M135i is slated to hit the market next year. We’ll keep you updated with official details.