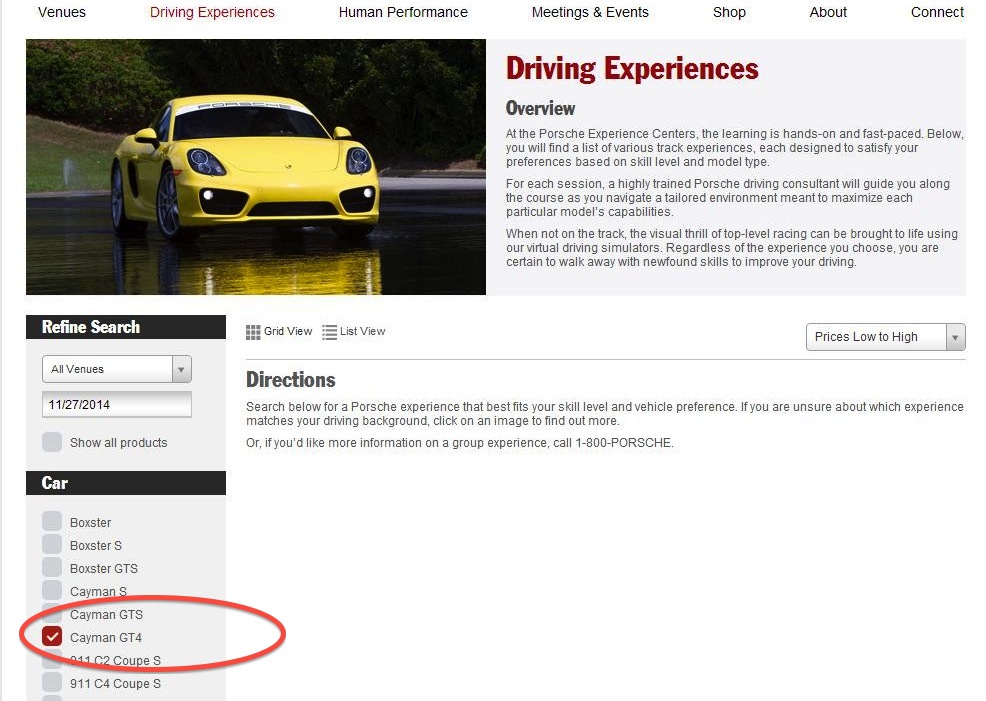 Porsche has accidentally (or purposely) confirmed a new Cayman GT4 is coming and will sit as the model’s flagship and most serious variant. 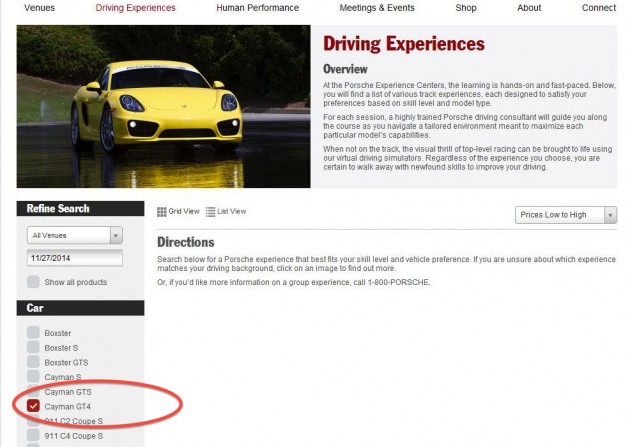 The model was listed on the company’s North American website, briefly, before being pulled down. It was mentioned in the American Driving Experiences section and placed above all other Cayman variants including the GTS, but below the 911 Carrara S.

No specifications or finer details were revealed in the webmaster hiccup, however, the model has been speculated for some time. It will likely come with a 3.8-litre naturally aspirated flat-six producing somewhere around 275kW. There has also been reports of it receiving a twin-turbo unit producing even more power.

With around 275kW though it would sit nicely between the Cayman GTS (250kW) and the 911 Carrera S (294kW). Porsche has a habit of creating new variants that sit all-too-perfectly in the showroom range. By doing this Porsche offers a package for every minute segment of the market.

Aside from coming with the most powerful engine ever fitted to a Cayman, the new model is set to come with various aerodynamic features including a large rear wing, a more sporty front bumper bar with bigger air intakes, and a set of bespoke lightweight alloy wheels.

Other highlights could include a unique suspension setup and very high performance brakes, a minimalised interior, and various special badges and minor trimming differences.

Considering Porsche – or at least those that work on the Porsche website – is ready to publicise the new model, full details are expected to be just around the corner. Stay tuned for a full reveal.