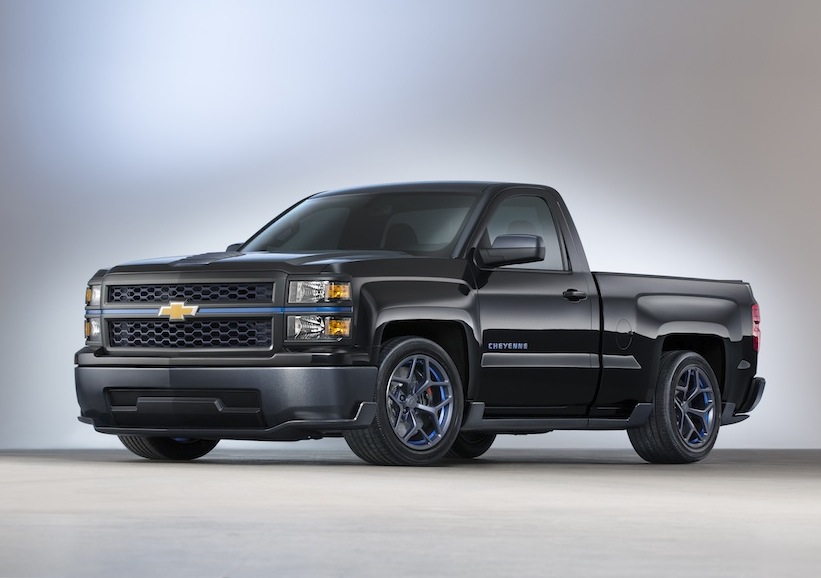 You can sometimes understand why Americans love their utes, or trucks as they call them. Take the new Chevrolet Silverado Cheyenne Concept for example. It’s just debuted at the SEMA Show and there’s certainly an element of toughness about it. 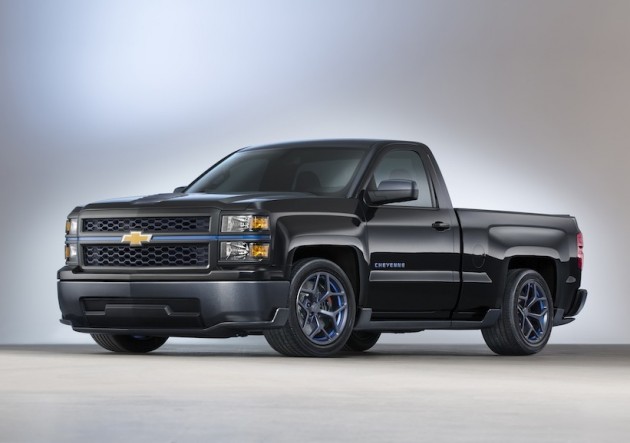 With clean lines, a brute face with muscly wheel arches, and the awesome dark features, it’s a cool unit. The truck actually comes with considerable weight reduction too, in the form of various carbon fibre panels and lighter components.

The unique front bumper bar is carbon, as is the tailgate which comes with its own spoiler. There’s also a Brembo brake package including a set of carbon ceramic discs saving around 9kg alone, and carbon fibre bodykit skirts.

Underneath, the diet includes a removed tow-bar setup, a removed spare tyre, an aluminium driveshaft, and a pair of composite leaf springs at the back. 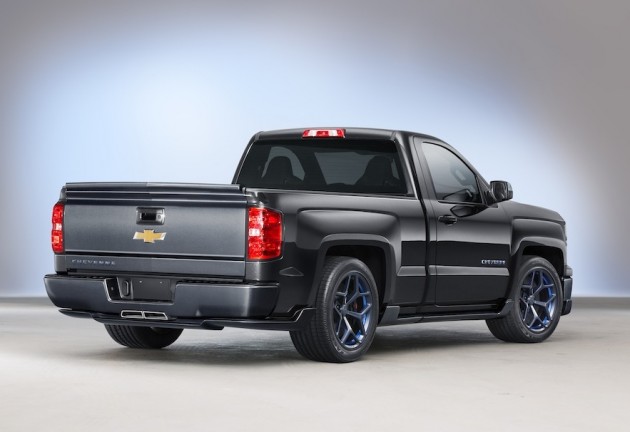 Inside, some of the sound deadening material is removed and a some of the centre console is tossed, while a set of Recaro bucket seats replace the standard chairs. A flat-bottom steering wheel is ready for the driver, inspired by the one used in the Camaro ZL1.

Other cool highlights include a set of 19-inch charcoal-coloured alloy wheels, inspired by those found on the Camaro Z/28. Ensuring they look neatly in line with the wheel arches Chev has lowered the ride height as well.

As for the heart of it all, the engine, it’s a 6.2-litre EcoTec3 V8 producing 314kW of power and 623Nm of torque. Acceleration figures haven’t been mentioned, however, with a Borla sports exhaust, you can be sure people will hear you coming.

Chevrolet says that while it is only a concept at this stage, it is always exploring new ways to give Silverado customers more. Chris Perry, vice president of Chevrolet marketing, said,

“The Cheyenne concept explores the performance possibilities of the all-new Silverado, which is already built on a mass-efficient layout and delivers a greater balance of performance and efficiency than any other full-size truck in Chevrolet’s history.”