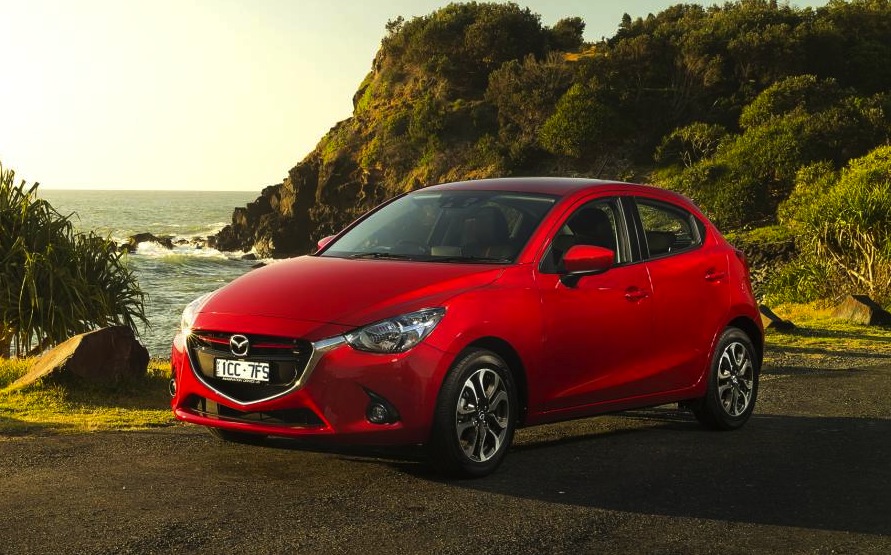 The all-new 2015 Mazda2 has been launched in Australia, bringing a fresh new design to the popular compact, with more advanced technology and increased engine power. 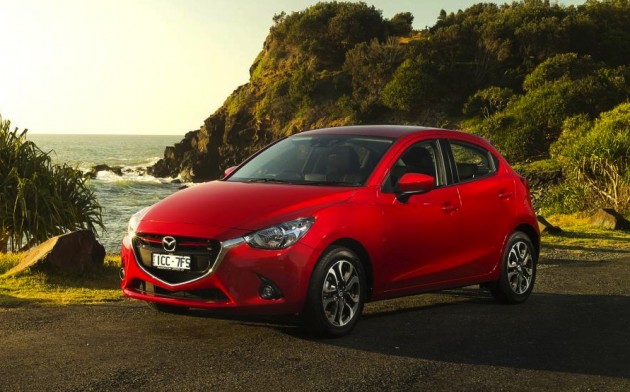 Three variant grades are on offer, including the Neo, the Maxx, and the Genki. Each are available with either a six-speed manual or six-speed automatic transmission, with two 1.5-litre petrol four-cylinder engine levels.

The base model Neo engine produces 79kW of power and 139Nm of torque, offering a combined cycle fuel consumption of 5.4L/100km. This is a 15 per cent improvement on the equivalent outgoing model.

Stepping up to the higher spec engine, it develops 81kW of power and 141Nm of torque. Although it’s not much, it is impressively fuel efficient, presenting an economy rate of just 4.9L/100km when matched up to the auto. This is a 28 per cent improvement.

Perhaps the biggest improvement to the new model is the introduction of advanced technologies. The Mazda2 becomes the first vehicle in the segment to be offered with head-up display, in the case of the flagship Genki variant.

There’s also a next-gen HMI interface with sat-nav and full connectivity and social media support for the Genki, while Smart City Brake Support is available as an option on all variants. Each variant is also given a unique interior trim theme for a touch of personalisation. 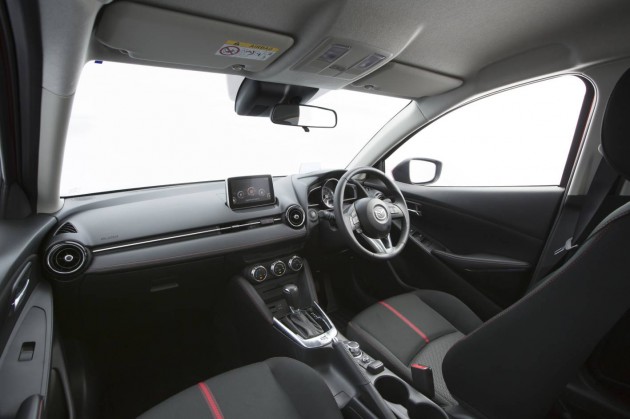 Mazda dealerships across Australia will officially receive the new lineup from November 17. Full prices are as follows (excluding on-road costs):