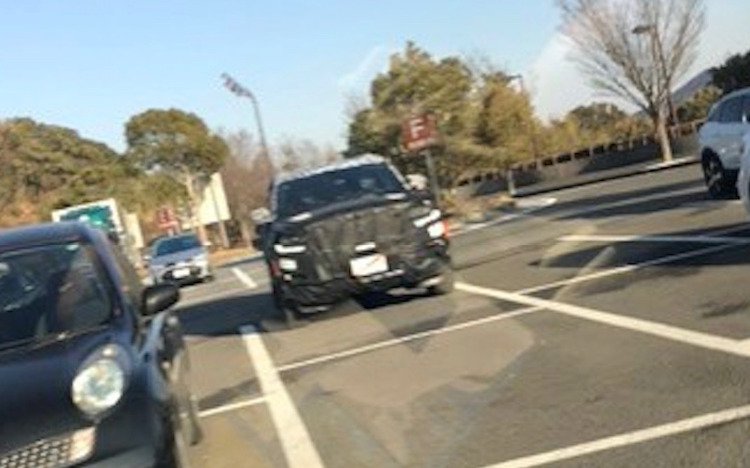 A prototype of what is believed to be the 2022 Toyota LandCruiser 300 Series has been spotted on the streets in Japan, ahead of its expected debut in April this year.

Although it is a poor quality photo, by MagX Japan, the prototype certainly seems to have the girth of the big LandCruiser. However, some internet forums suggest this is a prototype version of the upcoming LandCruiser Prado, which is also on the horizon.

Taking a closer look at what details are available in the image, the headlights showcase an almost horizontal LED daytime running light theme as opposed to the more angular design currently applied to the Prado. Speculative renderings of the new model (like below, by BestCarWeb) also suggest L-shaped daytime running lights for the 300 Series. Aside from that, there appears to be a bonnet bulge in the middle, as per current 200 Series model, with a large, slab-like front bumper bar. 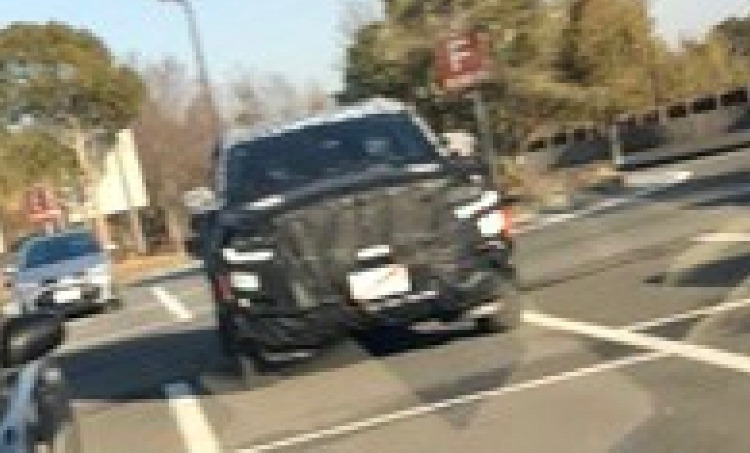 No further details on the new model have been uncovered yet. As far as we know, or as far as what seems like the most accurate speculation, the new model will be offered with a V6 petrol engine and/or a V6 petrol hybrid. There’s also rumours of the 3.5-litre twin-turbo V6 from the Lexus LS 500 (310kW/600Nm) coming in, although we suspect this unit might be reserved for the next Lexus LX.

In terms of diesel options, we understand the current 4.5-litre twin-turbo V8 diesel could be dropped in most markets due to emissions regulations. However, as Australia does not have any firm laws or defined restrictions in place in this area, we believe there is hope for the V8 to continue here. 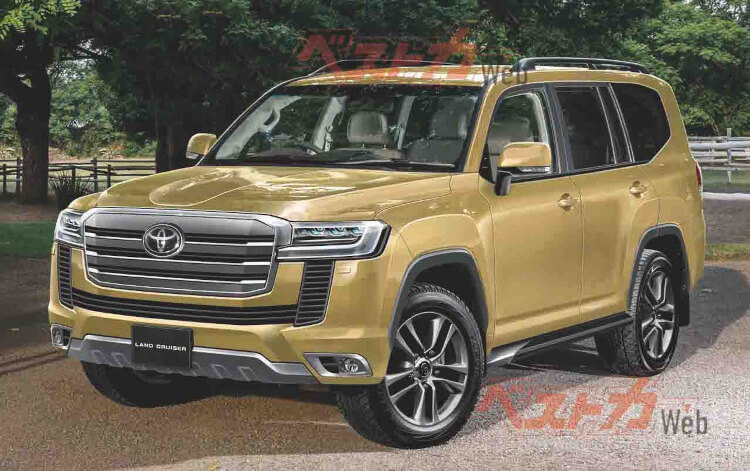 Further afield, there has been talk of Toyota’s latest 2.8-litre turbo-diesel four-cylinder being introduced for the big boy as well. It currently produces 150kW and 500Nm. Although that might seem minuscule for the LandCruiser, rumours suggest this unit might be offered for base GX-like models, and potentially in limited markets only – perhaps for military and government fleets?

The new model is set to adopt a version of the TNGA platform, albeit heavily revised and tuned to suit off-road driving. Toyota will likely continue on with proper mechanical limited-slip and/or locking differentials, but we suspect some new terrain modes might also be introduced.

With the debut expected to take place in April, we’re sure this won’t be the last we’ll hear or see in regards to speculative details and spy shots. More information will probably leak out in the coming weeks and months.