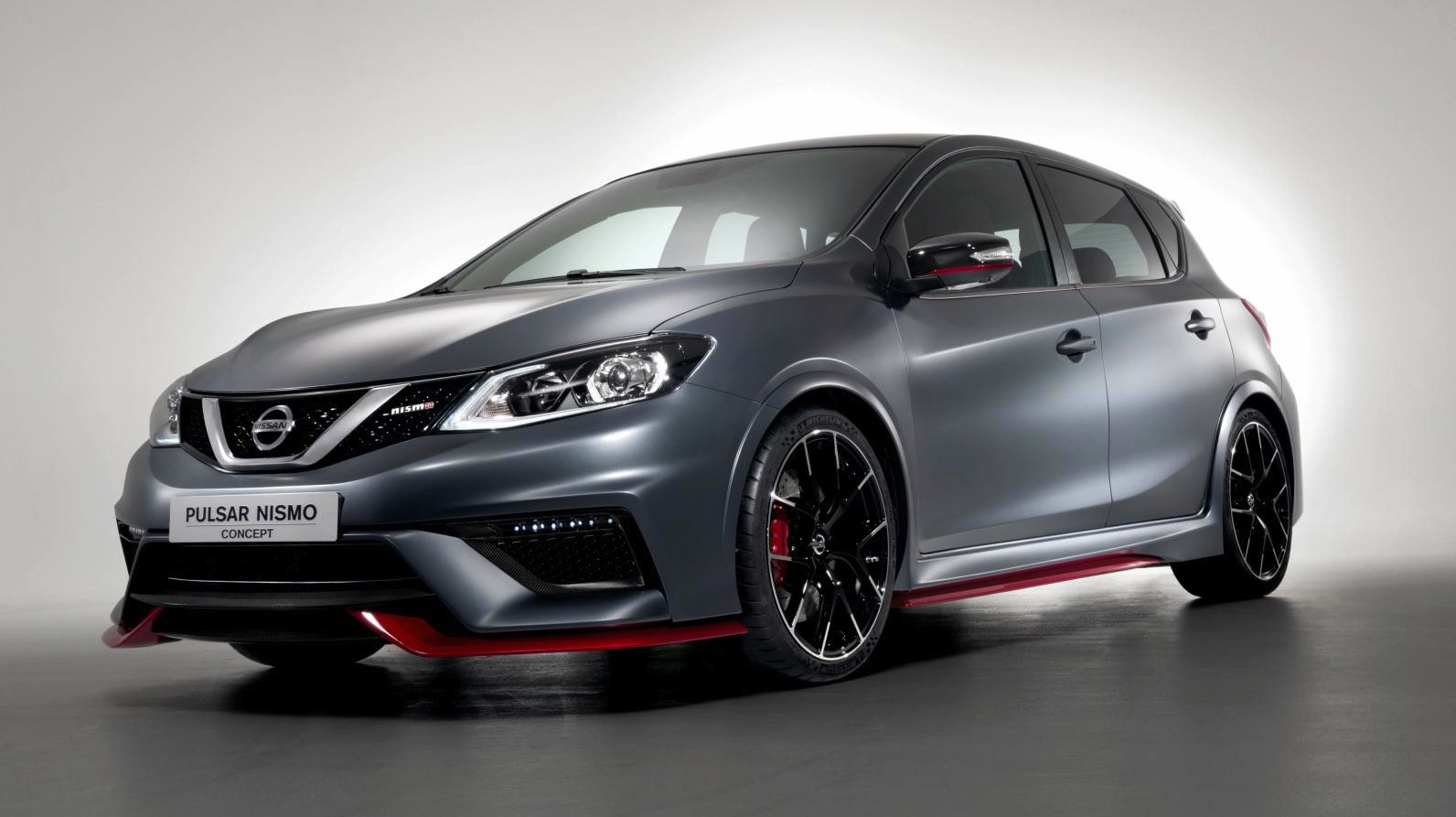 Nissan has revealed the Nissan Pulsar Nismo concept at the 2014 Paris Motor Show in France, previewing a potential direction for the Pulsar lineup. 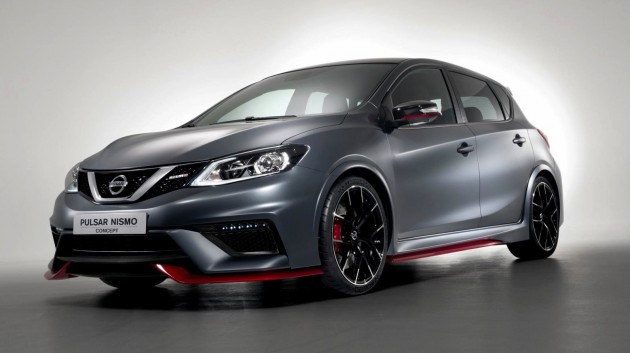 Nismo is creating more and more models for the overseas Nissan showroom, applying styling and performance to vehicles like the Juke, Micro, and the mighty GT-R. The next model on the list to be treated is rumoured to be the Pulsar. And now with this concept it looks like the rumours might be true.

The concept is mostly about cosmetic and handling upgrades, starting off with a cool new bodykit. It includes unique front and rear bumper bars, side skirts, and new wings and spoilers, all of which Nismo has developed using airflow analysis for optimum flow. If you look closely you’ll also see some red highlights on the edges of some aspects.

Taking a closer look, you’ll see the carbon fibre rear wing, some clear taillights with dark tinting, and a set of bespoke 19-inch five-arm alloy wheels giving it a more sinister stance. There’s also some black trimmings around the windows, a twin-outlet central exhaust, and unique side mirrors.

Underneath it all is a custom lowered sports suspension system with new springs and dampers, giving the Pulsar more high-speed stability and improved handling. The driver experiences tweaked steering for better precision and response, with a special steering wheel inside, bucket seats with Alcantara trim, and some alloy pedals.

Unfortunately there has been no speak of any engine modifications. The standard Pulsar SSS comes with a 1.6-litre turbo producing 140kW and 240Nm. We have timed 0-100km/h in 7.3 seconds, which is not bad for a mild hot hatch. This Nismo version is likely to be even quicker. 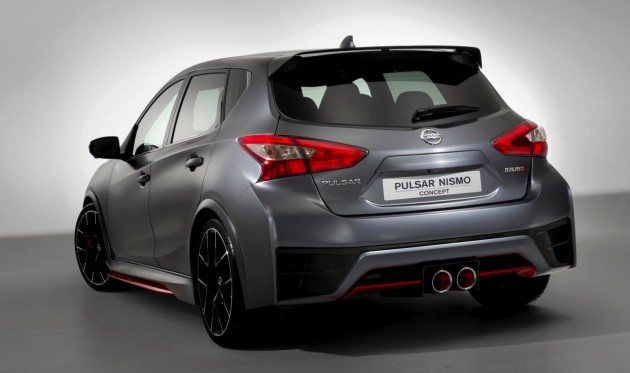 As for its production potential, Nissan hasn’t confirmed anything. However, the company is planning to expand its Nismo range. It is likely we could see a performance Pulsar in the next year or two. Nissan says,

“Although the concept is only a design study at this stage, Nissan is committed to developing its NISMO line-up with the ambition of delivering bold new performance models to a new generation of drivers.”

What do you think of it? Would you like to see it go into production?