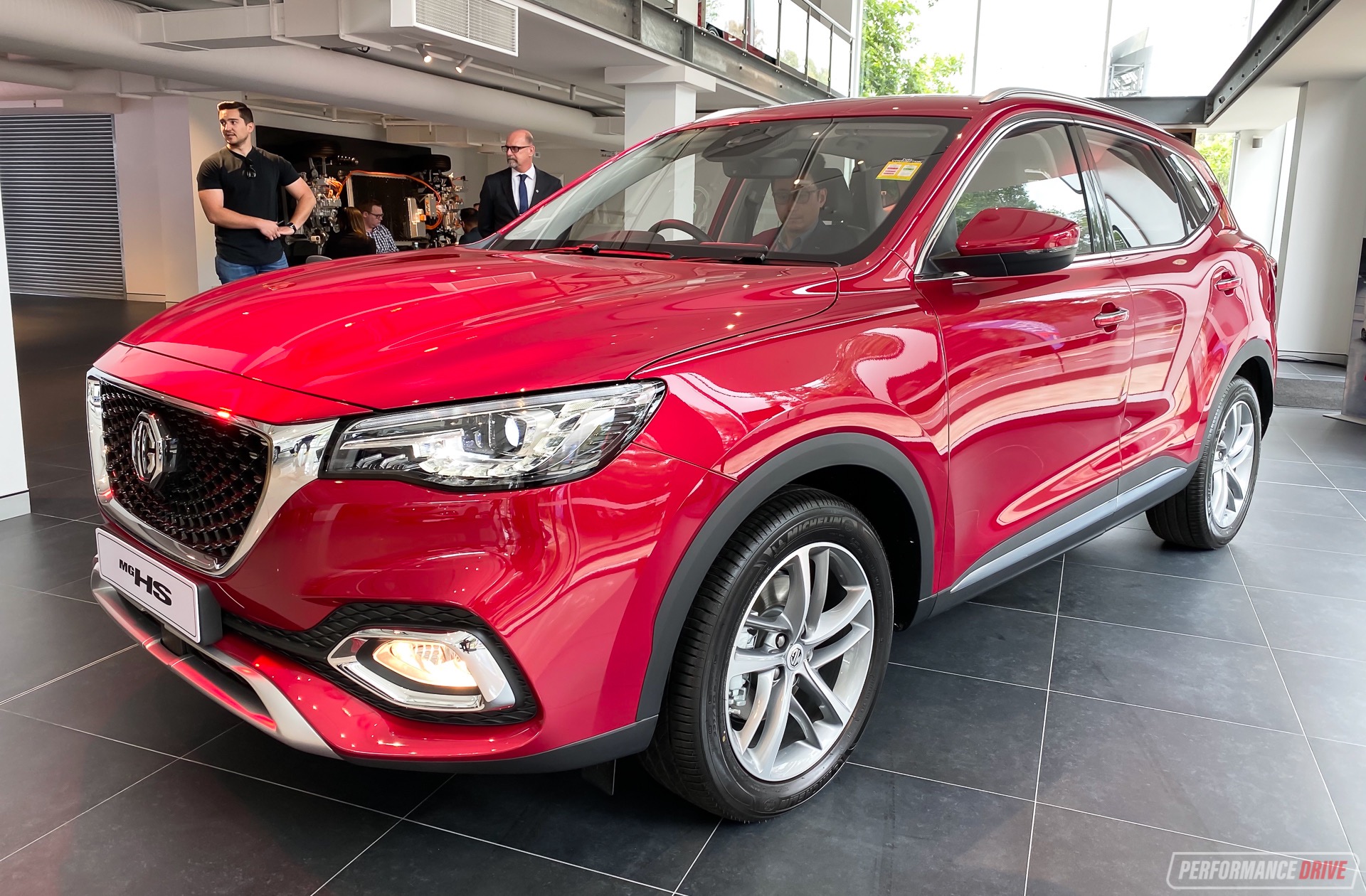 The all-new MG HS has just made its Australian debut in Sydney today, barging into to the tough mid-size SUV market segment with value for money, extensive warranty, and unique styling as its main attractions. 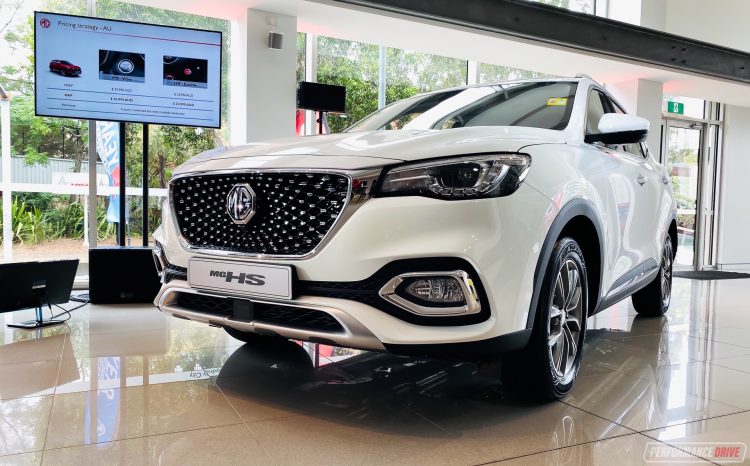 MG presented the SUV to media during a special presentation at the Sydney City MG showroom this morning, giving us a chance to check out the mid-sizer up close. Being a mid-size SUV means it is about the same size as the Mazda CX-5 and Toyota RAV4, both of which are tough competitors that the HS faces.

Two variant lines are being offered in Australia, including the entry Vibe and top Excite. Both are powered by a 1.5-litre turbo-petrol four-cylinder engine that develops 124kW and 250Nm. The engine is connected to a seven-speed auto transmission as standard. At this level of power, it’s placed in the market as a fairly entry level proposition, sharing a similar output to the base CX-5 2.0L (115kW/200Nm). 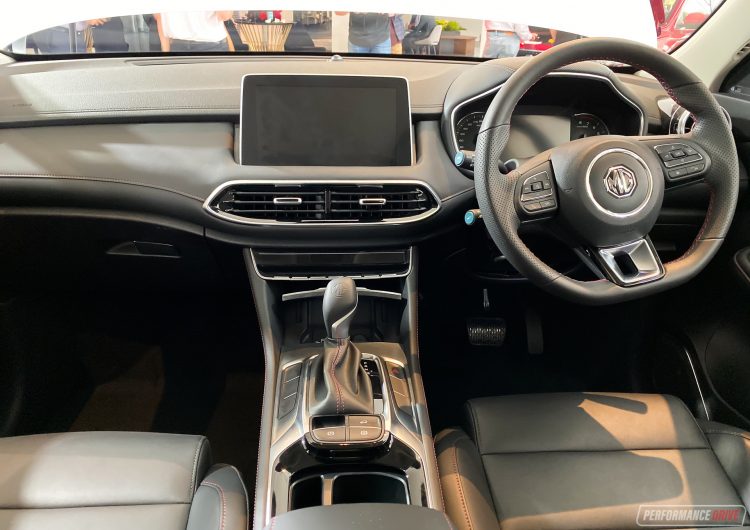 Inside, punters will be impressed by the level of standard equipment and features. Both versions come with a 10.1-inch touch-screen media interface packing Android Auto and Apple CarPlay connectivity, with four USB ports throughout the cabin to keep everyone happy. Moving up to the Excite adds sat-nav, dual-zone climate control, an electric tailgate, and LED headlights.

Safety tech is also high on the agenda. In fact, the MG HS is the first MG model to be launched in Australia with the company’s latest driving assistance suite called MG Pilot. It includes autonomous emergency braking, adaptive cruise control, lane-keep assist, intelligent headlight control, and rear cross-traffic alert, among other things. ANCAP is yet to provide a safety rating, however, it should perform better than the four-star ZS small SUV which doesn’t come with such technologies. 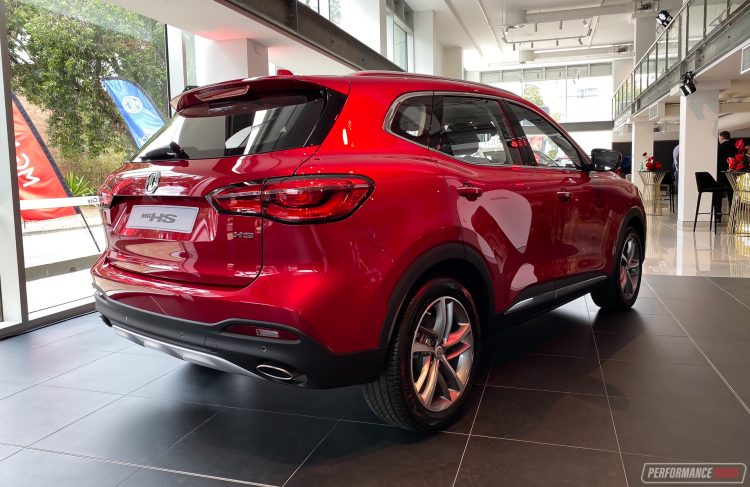 MG is labelling the HS as its most refined and most advanced model yet. And backed by a seven-year, unlimited kilometre warranty, with seven years roadside assistance, the value for money proposition really helps the model to stand out in the crowd. Speaking about its arrival to the Australian market, Peter Ciao, CEO of MG Motor Australia and New Zealand, said:

“With the all new MG HS, we have put the very best of MG into an SUV. Stylish, sporty and savvy, the MG HS will have broad appeal to customers who are seeking premium features and design at an attainable price point. We’re very excited about the potential that the MG HS provides to our local business and our dealers are confident of the appeal of this new model. As we continue to build trust in the market, we look forward to seeing the MG HS on local roads soon.”

Considering the popularity of the mid-size SUV market in Australia, the HS should do quite well for the Chinese-owned brand. So far this year (through October) MG has sold 6740 vehicles. That’s up 190.1 per cent on the same 10-month period last year. Its most popular model out of its three-car range (excluding this HS) has been the MG3, contributing 3265 units.

The MG HS is on sale in Australia now from the following prices (drive-away price in brackets):