Images, believed to be official teaser images, of the 2014 Cadillac CTS have been leaked online ahead of the car’s unveiling at the 2013 New York International Auto Show later this week. The sharp new sedan is powered by an new 3.6-litre twin-turbo V6. 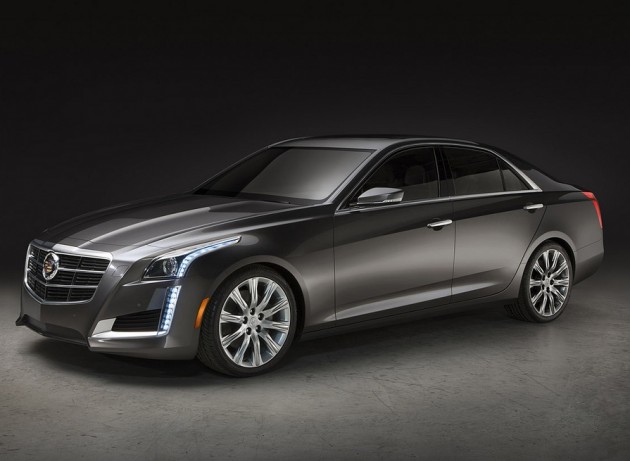 Looking very smart and sophisticated, the new CTS sedan features LED lights front and rear, strong and muscular contour lines and defined panel edges. It appears to take a lot of inspiration from the previous model, however, it seems every aspect has evolved and is more grown up. It also shows some relationship with its smaller brother, the ATS sedan.

At the front the 2014 CTS looks like it will get a pronounced brow line which runs across from the top of the centre grille and into the modern projector-style headlights. The bonnet emphasises the aggressive ‘frown’ with bulging vertical lines. 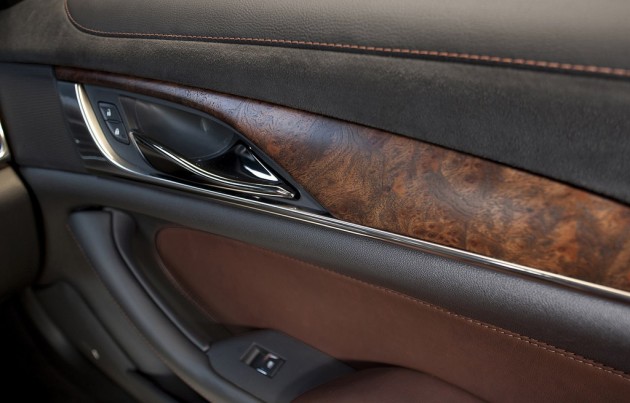 By the looks of the interior image, Cadillac might be looking to tap further into the higher end luxury market, particularly, the German rivals. There’s lots of leather, fine wood, and Alcantara inside, with multi-tone stitching giving it a refined and prestigious look.

Under the bonnet, as we learned last week, the CTS will come with a new 3.6-litre twin-turbo V6 producing 313kW of power and 583Nm of torque. The powerful unit is matched up to an eight-speed automatic transmission sending power to the rear wheels. Acceleration from 0-100km/h will take just 4.6 seconds.

From a styling and powertrain point of view, the new CTS could be one to watch out for in the future. It certainly seems like it wants to be taken a lot more seriously.

Market entry in the US will take place towards the end of this year. A high performance CTS-V version is expected to show its face later this year.