At the unveiling of the 2013 McLaren MP4-28 Formula One car, Vodafone McLaren driver Jenson Button made a surprise appearance rolling up in a prototype version of the upcoming McLaren P1 hypercar. 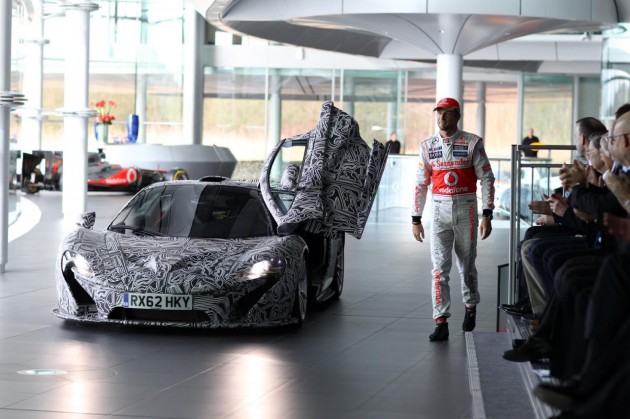 McLaren didn’t bother going into detail talking about the new road car, instead, focused on the new MP4-28 F1 car – more on that in a later story. So basically, it’s just a bit of a publicity stunt. Still, it makes for some interesting images (see gallery below).

As far as we know, the McLaren P1 will be powered by a 3.8-litre twin-turbo V8 matched with a KERS hybrid system. Overall power is tipped to be around 596kW mark.

The new model is set to hit the market towards the end of this year. A full unveiling is expected not far down the track.