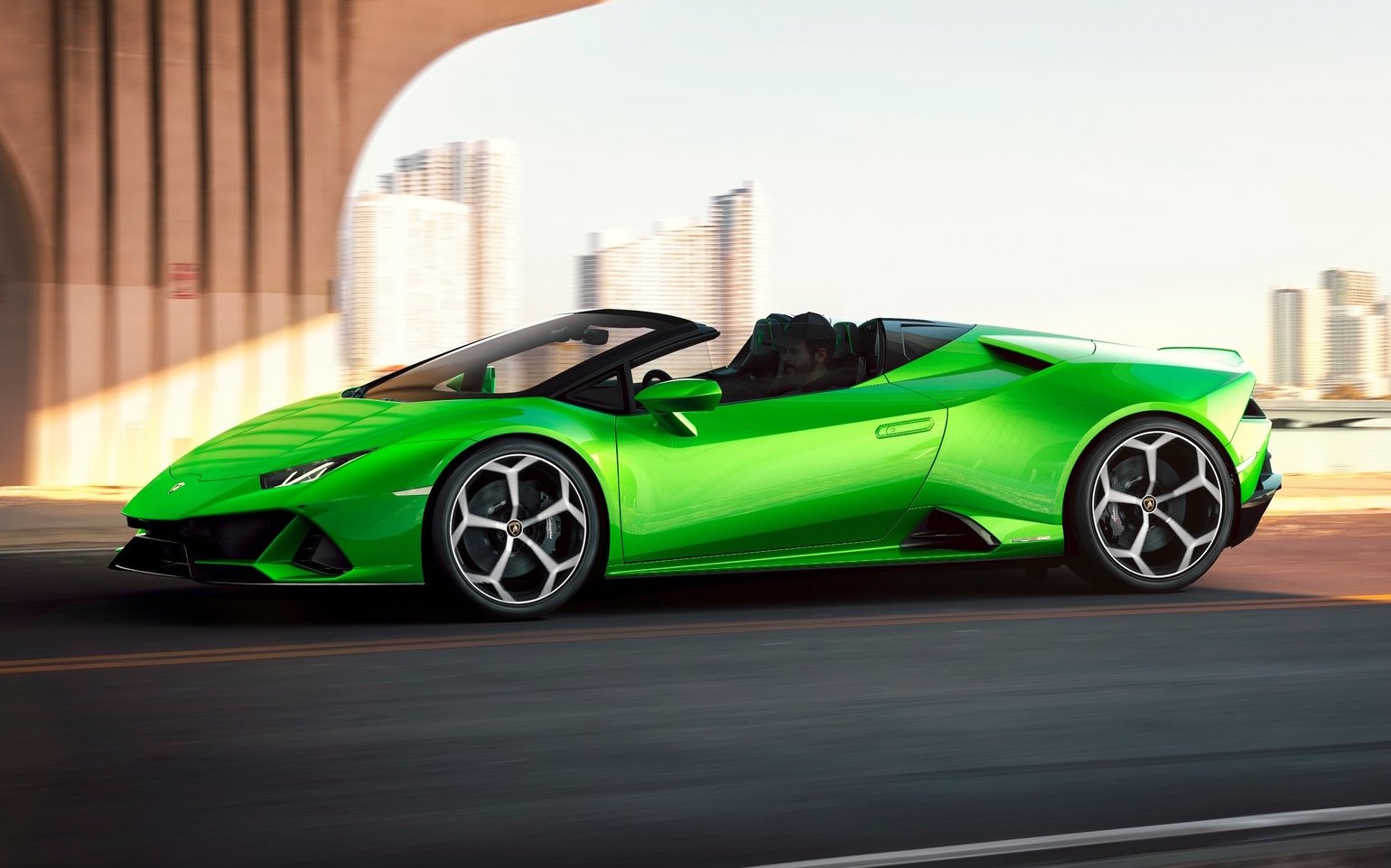 Soon after announcing the Lamborghini Huracan EVO, the Italian marque has now revealed the Huracan EVO Spyder; a drop-top version. It will make its public debut at the Geneva motor show next week. 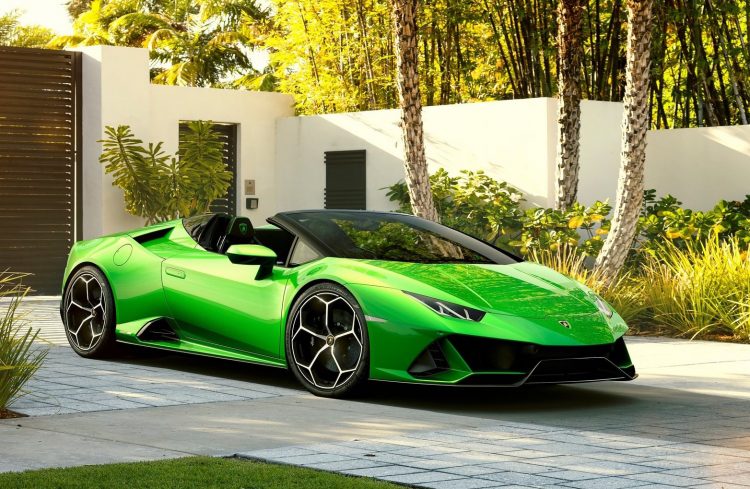 The Huracan EVO, debuting in Australia just a couple of weeks ago in coupe form, is essentially the best of the breed. It was designed to bring together all of the best bits of the Huracan series while also introducing some clever new technologies and driving functions.

For the Spyder version, Lamborghini brings in an electrohydraulic soft-top roof which can be peeled back at the touch of a button. Due to the added reinforcements required for a convertible, the Huracan EVO Spyder weighs in at 1542kg (dry), which is 120kg heavier than the coupe.

There’s no shortage of acceleration or speed though, thanks to the monster 5.2-litre naturally aspirated V10 engine. The sonorous unit produces 470kW and 600Nm, sent through a dual-clutch seven speed auto transmission with all-wheel drive. Across the 0-100km/h sprint the clock stops in a claimed 3.1 seconds (up from 2.9 in the coupe), while 0-200km/h takes 9.3 seconds (up from 9.0 in the coupe). The top speed is 325km/h (similar to coupe).

Like the coupe, the Huracan EVO Spyder comes with the latest Lamborghini Piattaforma Inerziale 2.0 system, which provides a central nervous system for the car. It uses gyroscope sensors to monitor the car’s centre of gravity and lateral and longitudinal forces, in real-time, to instantly adapt various aspects of the car for the optimum performance. 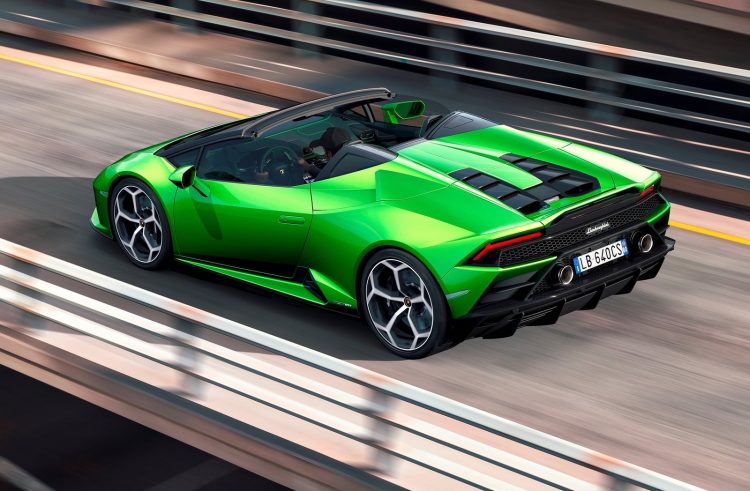 The Spyder also comes with the new Dynamic Steering with rear-wheel steering technology. Drivers can select between Strada, Sport, and Corsa driving modes, via the ANIMA select system. It also showcases the advanced aero kit of the coupe, with a more aggressive front end, deeper intakes, and centrally-mounted exhausts at the back.

Lamborghini is taking orders for the Huracan EVO Spyder now, with the first deliveries set to commence in the second quarter. Australian prices and timing are yet to be confirmed. See below for international prices:

UPDATE: Australian prices have been confirmed to start from $505,3895, with deliveries expected to commence by the fourth quarter of this year.