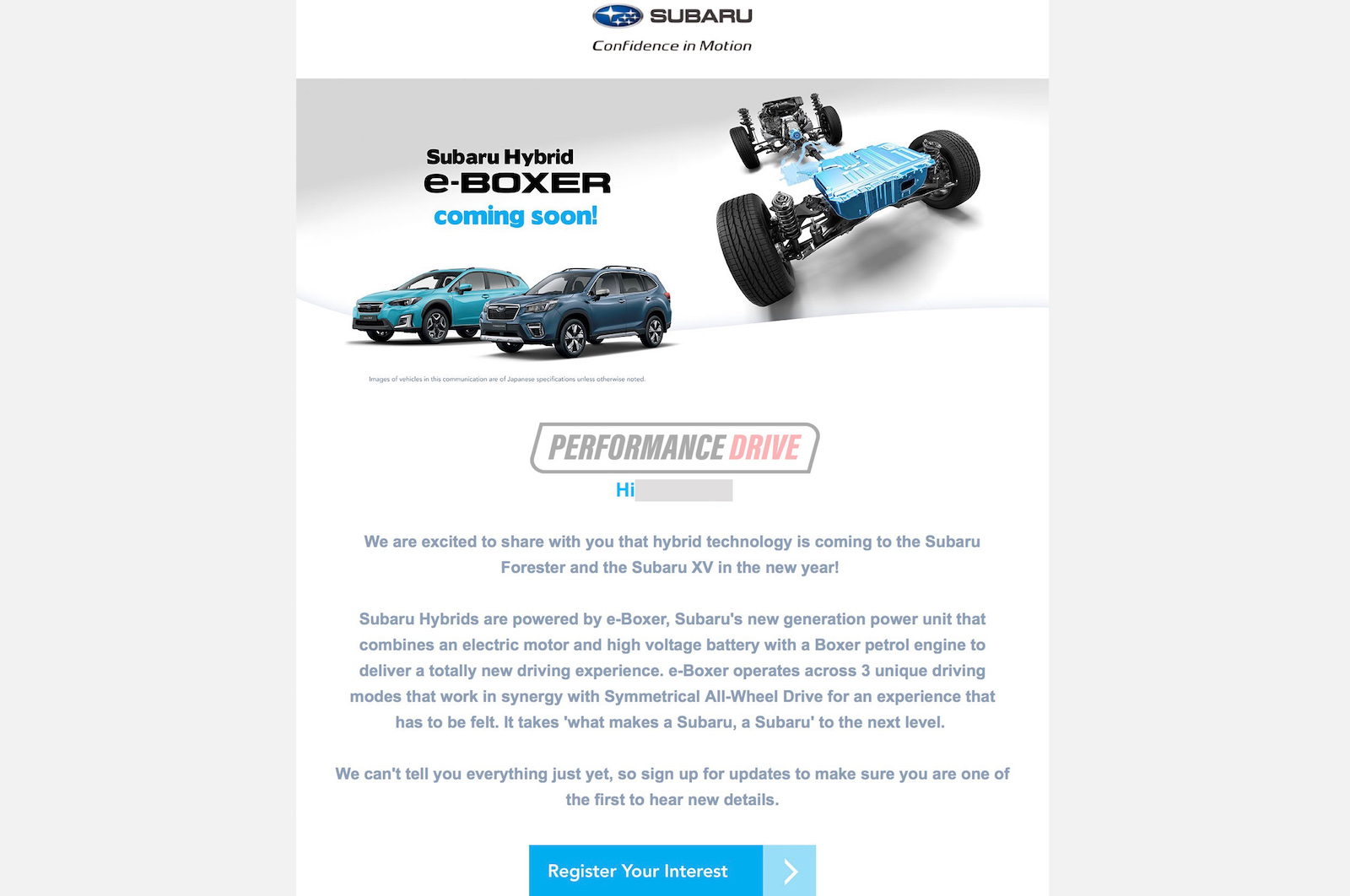 Subaru Australia will launch its first hybrid vehicles next year, marketing material has just confirmed. Two models using its ‘e-Boxer’ hybrid tech are on the way, including versions of the Forester and XV. 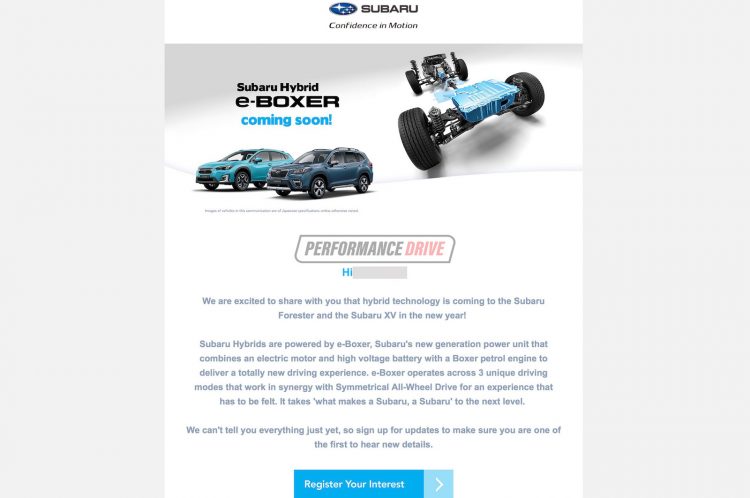 A marketing email has been sent out to interested punters confirming the arrival of the e-Boxer powertrain for next year. Specifically, it says the system will be offered for the latest-gen Forester and XV. A dedicated website has also been set up as part of Subaru Australia’s official website, prompting users to register their interest for updates.

The e-Boxer powertrain has already been launched in overseas markets. It comprises of an FB20 series 2.0-litre boxer four-cylinder petrol engine, paired with a 12.3kW electric motor assist setup. Combined, the system produces 110kW and 194Nm. In Europe the XV e-Boxer offers a claimed 0-100km/h run of 10.7 seconds, while the Forester e-Boxer does it in a claimed 11.8 seconds. 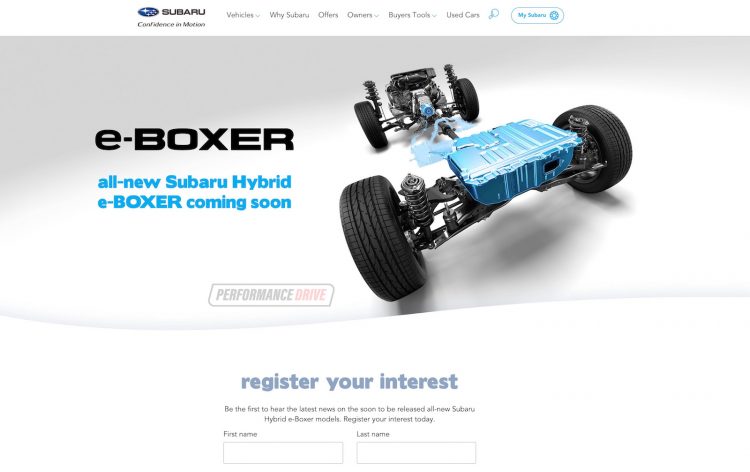 According to the email, the e-Boxer system operates with three unique driving modes. Overseas, both the XV e-Boxer and Forester e-Boxer come with X-mode for snow and mud terrain. Thanks to the clever packaging of the battery, positioned above the rear axle, the ground clearance remains unchanged from the regular XV (220mm) and Forester (220mm).

Being a hybrid means the fuel consumption is of course lower than the regular petrol-powered counterparts. Looking at the Euro specs, the XV e-Boxer is rated at 6.5L/100km for the NEDC combined cycle, and 6.7L/100km (NEDC) for the Forester e-Boxer. These figures are likely to be different for the ADR (Australian Design Rules) ratings, when they arrive.

Prices and final local specs and features are yet to be confirmed. It’s likely the e-Boxer option will come in as the flagship powertrain for the respective model lines.