Old-school JDM enthusiasts will appreciate this one. It’s the first production 1967 Toyota 2000GT to ever roll off the line, and it’s up for sale in the US. 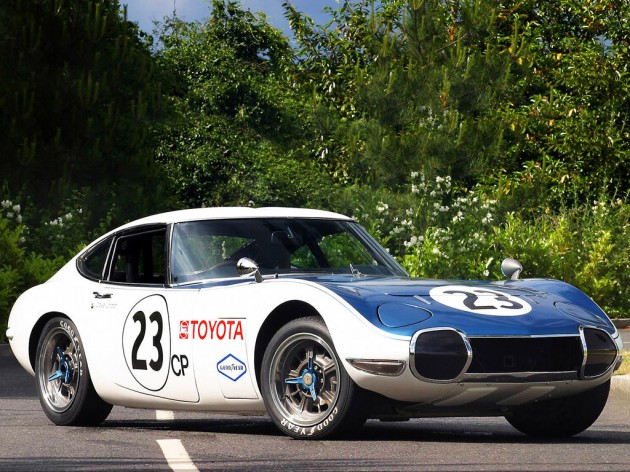 The Toyota 2000GT is one of Toyota’s first proper attempts at the performance, sport car scene. And what an impact it made. It offers a long-bonnet, front-engine, rear-wheel drive, two-seat coupe layout. It also features an aluminium body, and a straight six engine up front. Just 351 production examples were ever made.

This example, chassis number #MF10-100001, is the first serial numbered Toyota 2000GT to ever roll of the production line, making it even more of a pioneer. It was initially delivered to Shelby American Racing in the US, along with two others.

It’s a beautiful piece of Japanese automotive exotica, in era-matched, original condition. It also has some racing history under its belt, and was entered into the 1968 SCCA. It still features the racing livery and trimmings.

In standard form, the Toyota 2000GT comes with a 2.0-litre straight-six twin-cam engine developed in part by Yamaha, producing 112kW of power. Fuel and air is sucked in via three two-barrel Solex 40 PHH carburettors. Top speed was 217km/h. According to the advertisement for this example however, power is rated at an impressive 172kW.

So how much? Well, how does a cool $1.7 million sound (approximately AU$1,599,397)? For all the details head over to the original advertisment found at Maine Line Exotics.

(Vehicle no longer for sale)