Maserati has confirmed both the name and unveiling date of its all-new MC20 convertible variant, called the MC20 Cielo. It will be officially revealed to the world on May 25. 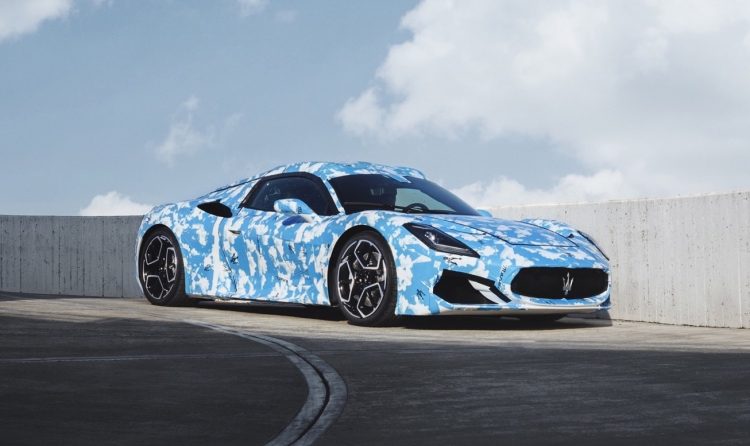 The MC20 Cielo takes its name from the Italian word for sky, with Maserati stating that the car has been designed to evoke a special “sky feeling”.

So far, we’ve only seen camouflaged prototypes of the MC20 Cielo that Maserati released late last year, but we do know that the open-top roadster will feature some sleek Italian styling in a punchy, short wheelbase package.

In terms of the convertible roof, it’s unknown whether Maserati will opt for a folding hard-top or entirely removable design.

While it’s yet to be confirmed, it seems more than likely that the powertrain will be taken directly from the MC20 coupe that features a twin-turbocharged 3.0-litre V6 pushing out 470kW and 730Nm to the rear wheels.

The MC20 coupe puts power to the ground via an eight-speed automatic transmission that translates to a 0-100km/h sprint in just 2.9 seconds, while the top speed is rated at 325km/h.

Considering the fact that a convertible requires some additional equipment and reinforcing of the platform, it’s likely that the Cielo will gain some weight over the 1500kg coupe. But this should be minimal and in no way detract from its overall appeal.

Back in December, Maserati also confirmed that an all-electric MC20 variant will make its way to the public in the future, but for now, the Maserati Gran Turismo EV shown testing last year will be the first battery-electric vehicle from the Italian company. This is set to be followed by battery electric takes on the Quattroporte and the Levante SUV.

For now, all we can do is wait for more details to be confirmed by Maserati when the MC20 Cielo breaks the veil in an event on May 25.