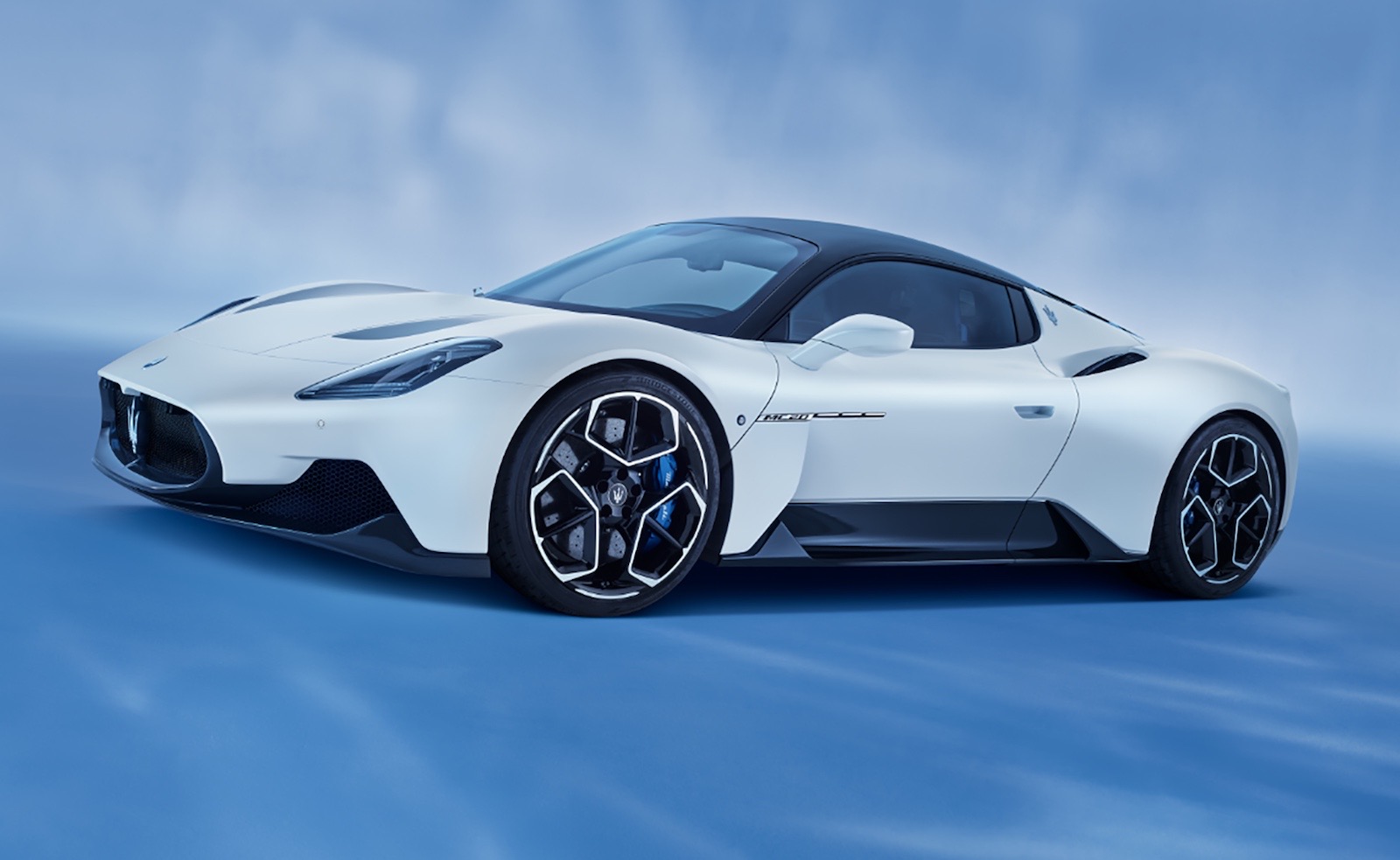 This is the all-new 2021 Maserati MC20 “super sports car” that the storied Italian marque has been previewing over the last few months. It marks the beginning of a new era for the brand, coming in as the first all-new model in years. 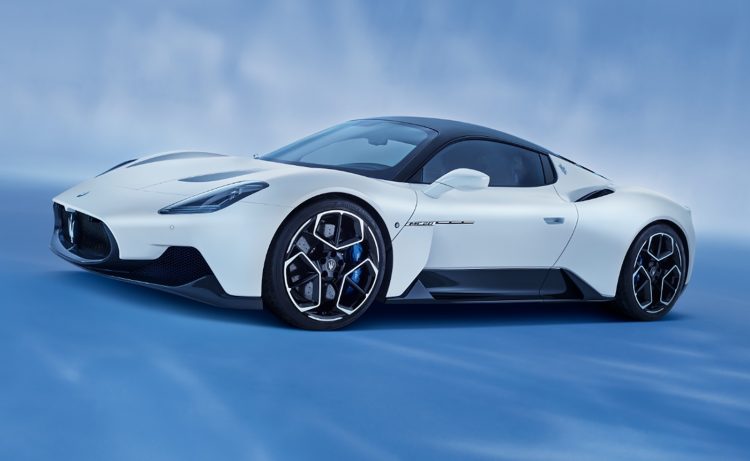 Maserati describes it as a “super sports car that combines performance, sportiness and luxury in the unique Maserati style”. It also says the MC20 features a racing DNA, remembering the new model is essentially a successor to the old Ferrari Enzo-based MC12.

In the engine compartment sits a brand new engine called ‘Nettuno’. It consists of a 3.0-litre twin-turbo V6 running an 11:1 compression ratio, using an 88mm bore and 82mm stroke. Fuel comes from a direct and port injection system, and lubrication is provided by a dry sump system and external oil tank. 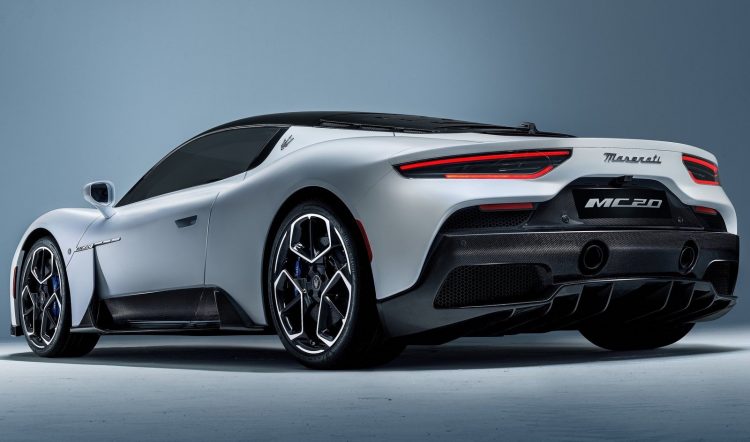 The important figures? Power is rated at 463kW (630PS) when the engine is spun to 7500rpm, while torque peaks at 730Nm and is available between 3000-5500rpm. This is all sent through an eight-speed dual-clutch auto transmission and into a rear-wheel drive system via a limited-slip self-locking differential.

Across the 0-100km/h sprint Maserati claims the MC20 will stop the clock in under 2.9 seconds, with 0-200km/h claimed in under 8.8 seconds. Keeping it pinned will result in a top speed of over 325km/h. Despite the astonishing performance the MC20 offers a reasonably conservative fuel consumption average of 11.6L/100km. 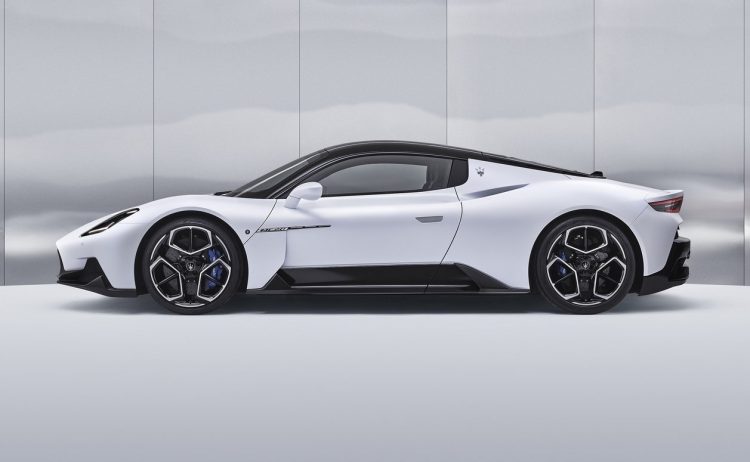 As for the design, the highlight is the set of butterfly doors. These not only provide maximum wow factor, but also support easy entry/exit. At the rear you won’t see a large wing or anything like that. Instead, designers have created a discreet spoiler system that improves downforce without impacting the neat styling.

Like the exterior, the interior is all new. There’s two 10-inch digital screens. One is for the instrument cluster and the other houses Maserati Touch Control Plus. The interior design is very clean and clutter-free, with minimal buttons on the dash and centre console. However, many controls reside on the steering wheel. 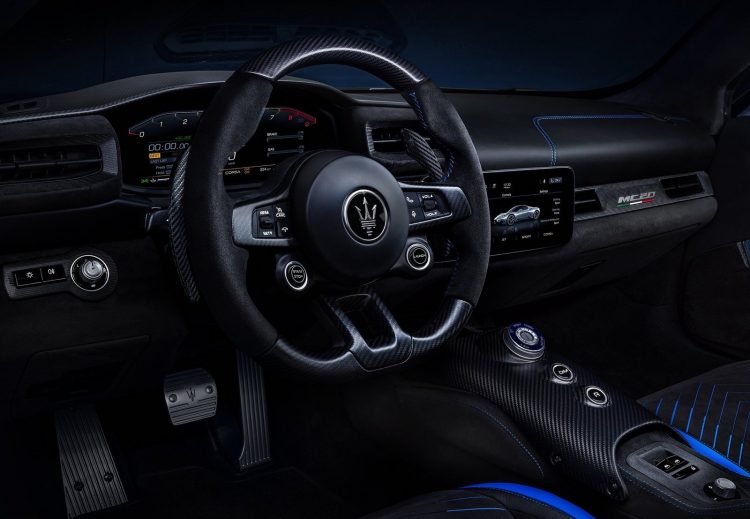 Maserati is planning to launch the MC20 at the end of the year, with orders being taken from September 9. The new model will be produced in Modena, Italy.