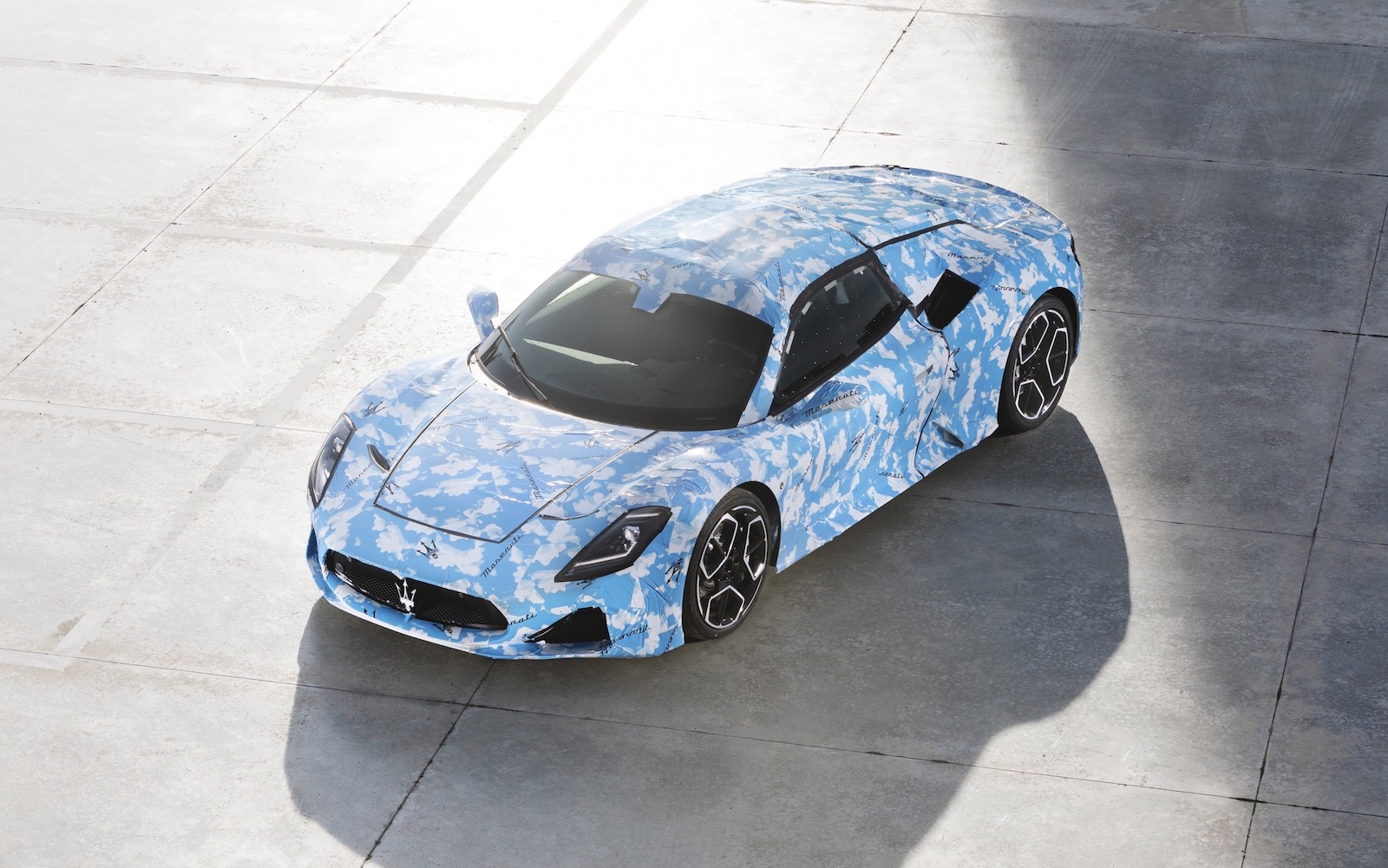 Maserati is drumming up excitement for the arrival of an all-new cabrio variant of its flagship MC20, with the release of a few teaser images of a convertible prototype leaving its factory. Perhaps more significantly, though, Maserati has also confirmed that the MC20 will receive an all-electric variant sometime in the future. 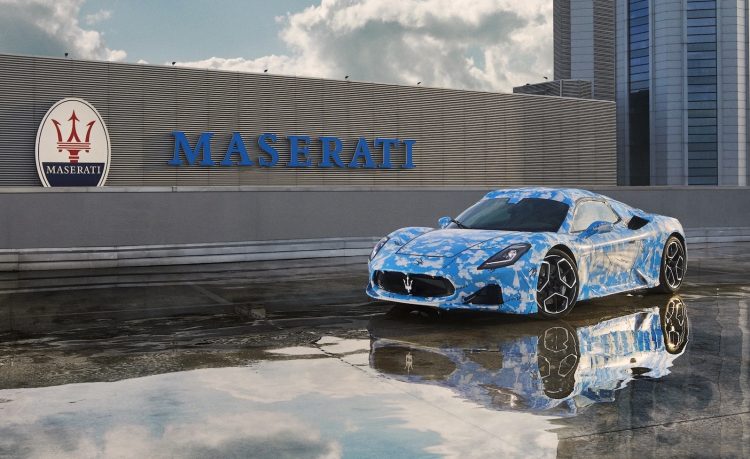 The company says that a prototype version of the MC20 convertible has left the gates of its Modena factory, wrapped in a cloudy camouflage design that drops some not-so-subtle hints of the sky being the limit inside an MC20 convertible.

We’re not quite sure if the MC20 convertible will feature an electric, retractable roof or a lightweight removable design similar to what’s available in the C8 Corvette.

We do know, though, that Maserati is leaning on lightweight carbon composite materials throughout the MC20’s body, so it makes sense the roof will receive the same treatment. 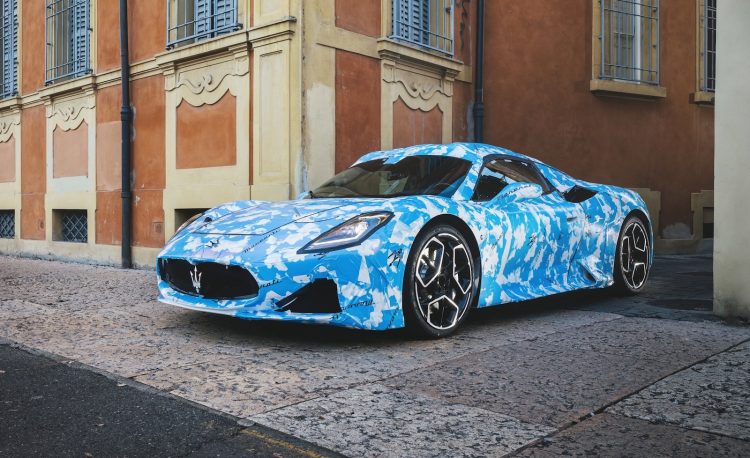 Maserati is yet to confirm any specifics in terms of the MC20’s powertrain, however, it stands to reason that it will receive an identical ‘Nettuno’ unit from the MC20 coupe, which is powered by a 3.0-litre twin-turbocharged V6 producing 463kW/730Nm.

Power is sent to the rear wheels via an eight-speed dual-clutch transmission that results in a 0-100km/h sprint in just 2.9 seconds, and a top speed run of 325km/h. The MC20 also receives a limited-slip, self-locking differential. 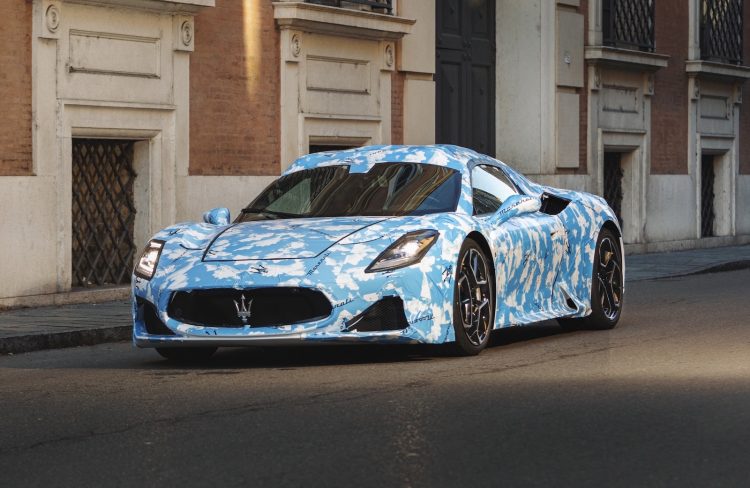 In terms of the all-electric MC20 variant, Maserati is yet to confirm any specifics, but we can tell you that the upcoming Maserati Gran Turismo will be the first of the company’s EV releases, after being spotted testing earlier this year.

It’s expected that the MC20 and GranTurismo will receive, at the very least, a dual-motor configuration and more than likely a tri-motor powerplant with two motors over the rear axle and one at the front.

You can see – and hear – in this clip that Maserati has been testing some pretty intense soundtracks for its upcoming performance electric range.