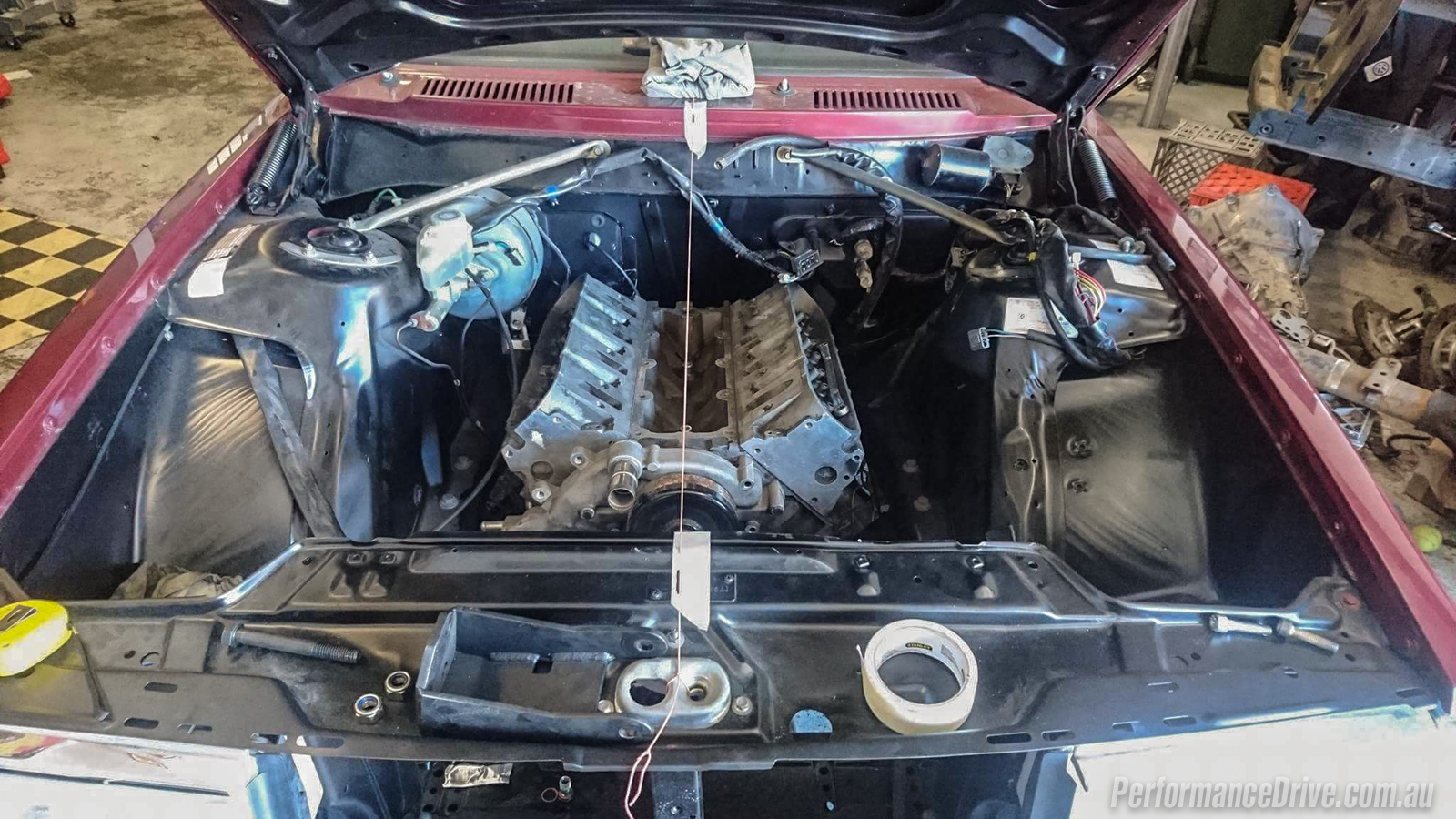 It’s been a while since our last update on the Volvo 240GL LS1 V8 project car, but you needn’t worry, it is still in development. 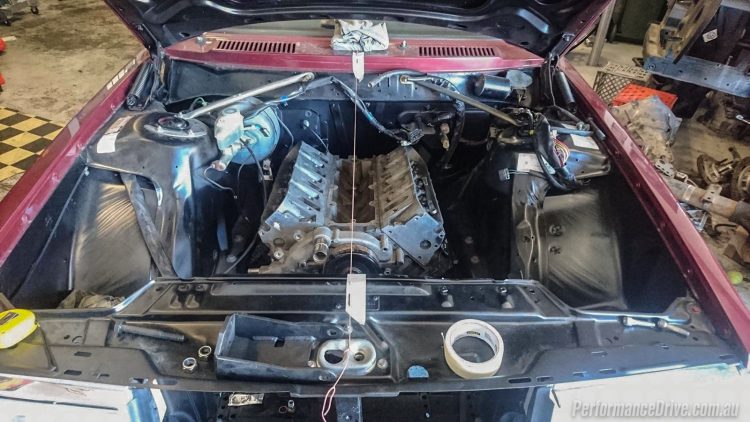 Over the Xmas break we had some delays, with all the eating and drinking and whatnot, and then we had some hurdles with the engine mounts which now require further altering. This is partly due to the fact we originally weren’t planning to squeeze in a nasty big GCG turbo. But anyway.

The car has moved on from Berry Motor Group where all of the trimmings and reassembly took place. It’s currently at Pro Flow Fabrication, where the final engine installation will take place. 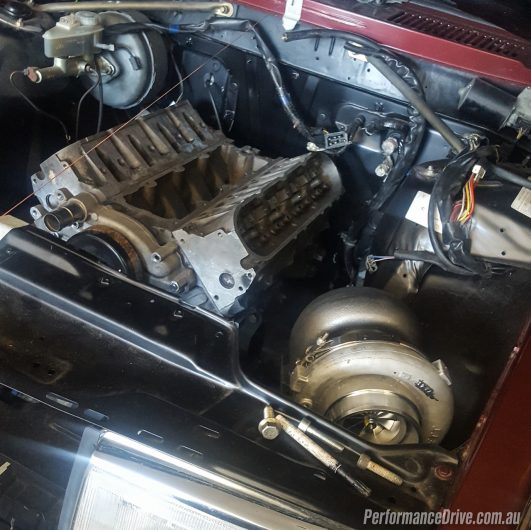 We spoke with George, the boss at Pro Flow, about the project. He said over the next week or so the engine will be lined up and settled in, with some fabrication work. It will then be taken out and stripped for a ‘freshen up’ and rebuild, with some parts powder-coated. It’s then time for the exhaust and turbo fitment.

Over the coming weeks we’ll be seeing some real progress, because once the engine is in and ready, we’ll then be sending the car off to Smooth Suspension, where the front end will be sorted out. Pro Flow is going to do the fabrication work for the rear axle and custom suspension. 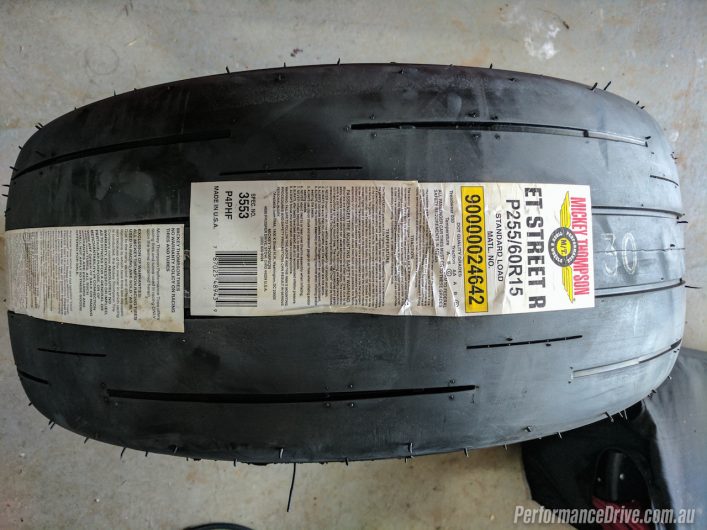 In other areas, we’ve received our rims we’ll be using on the drag strip, as well as a set of Mickey Thompson drag tyres. As you can probably assume, we’re all looking forward to turning these into some smoke at the strip when it’s all done. Stay tuned.