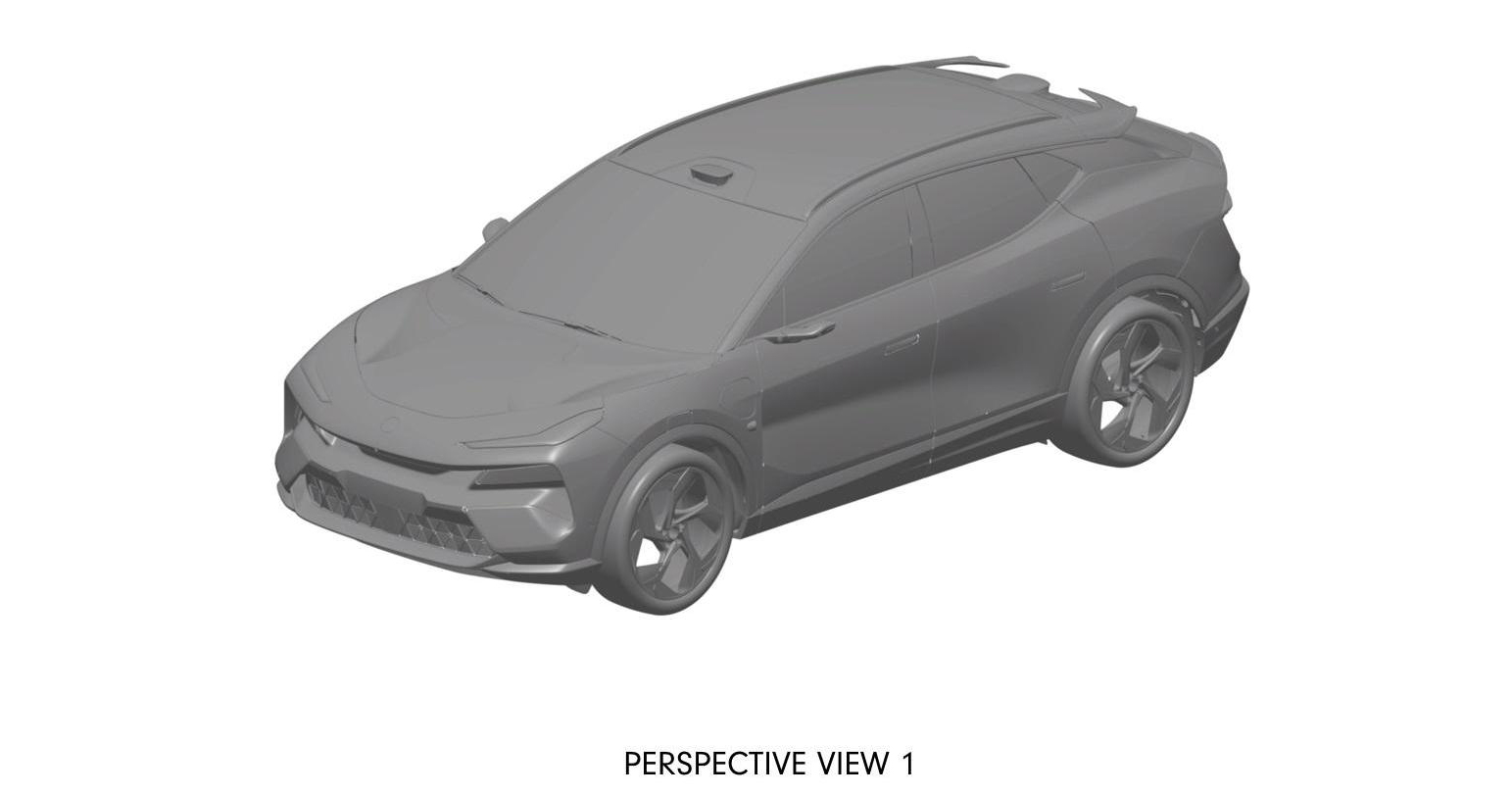 The exterior design of the upcoming Lotus Type 132 SUV has effectively been revealed following the discovery of design patent images, lodged recently in Australia. 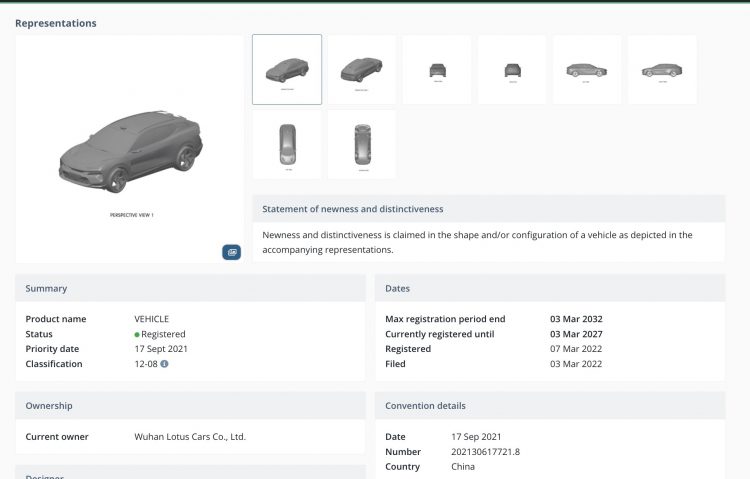 Images of the design patent were filed on the Australian IP database on March 3 this year and then registered on March 7, with the owner listed as Wuhan Lotus Cars Co – Lotus’s majority owner is Geely, based in China. They show a sleek, low-profile crossover vehicle featuring a filled-in front grille, unique floating rear spoiler, and relatively short front and rear overhangs.

Short overhangs are often favoured in off-road vehicles as they provide good approach and departure angles. However, pushing the wheels further outward on a vehicle platform also helps to optimise driving dynamics, handling response and can even boost high-speed stability. We’d suggest this is what Lotus is going for here rather than off-road credentials. Interior packaging and passenger space also benefit. 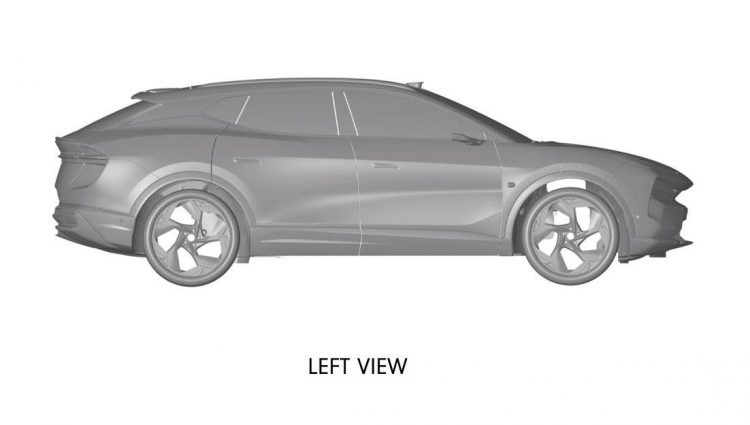 The Type 132 will be the first SUV from Lotus, and it’ll be the company’s first proper five-door vehicle. Being fully electric, it’ll contend with the likes of the Tesla Model X, Polestar 3, and the Audi e-tron Sportback and BMW iX to some degree.

Lotus has already promised a 0-60mph time of 3.0 seconds, with battery capacities ranging from 92kWh to 120kWh. With the latter setup we should see some decent range figures. The electric system will also support 800V fast-charging capability. 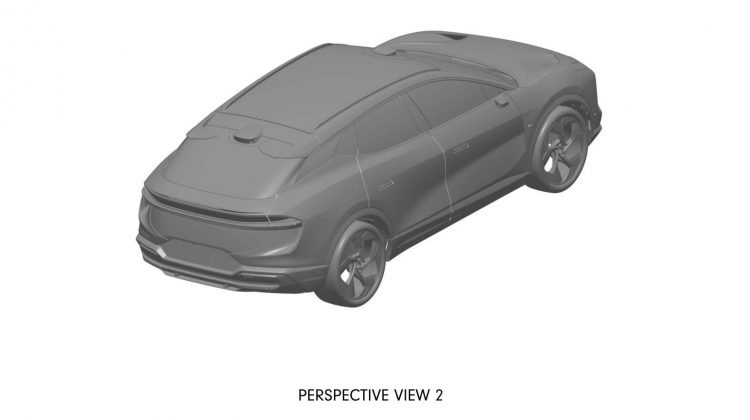 As previously previewed, the Lotus Type 132 is set to offer really advanced aerodynamics, and active aerodynamics. This is not very common with SUVs at the moment, and could give Lotus a dynamic edge over some of its competitors. In saying that, scenarios that require serious aero are not often dealt with in an SUV.

Lotus is planning an official unveiling of the new model on March 29. It is one of three all-new vehicles currently in the pipeline from the recently-revised company.