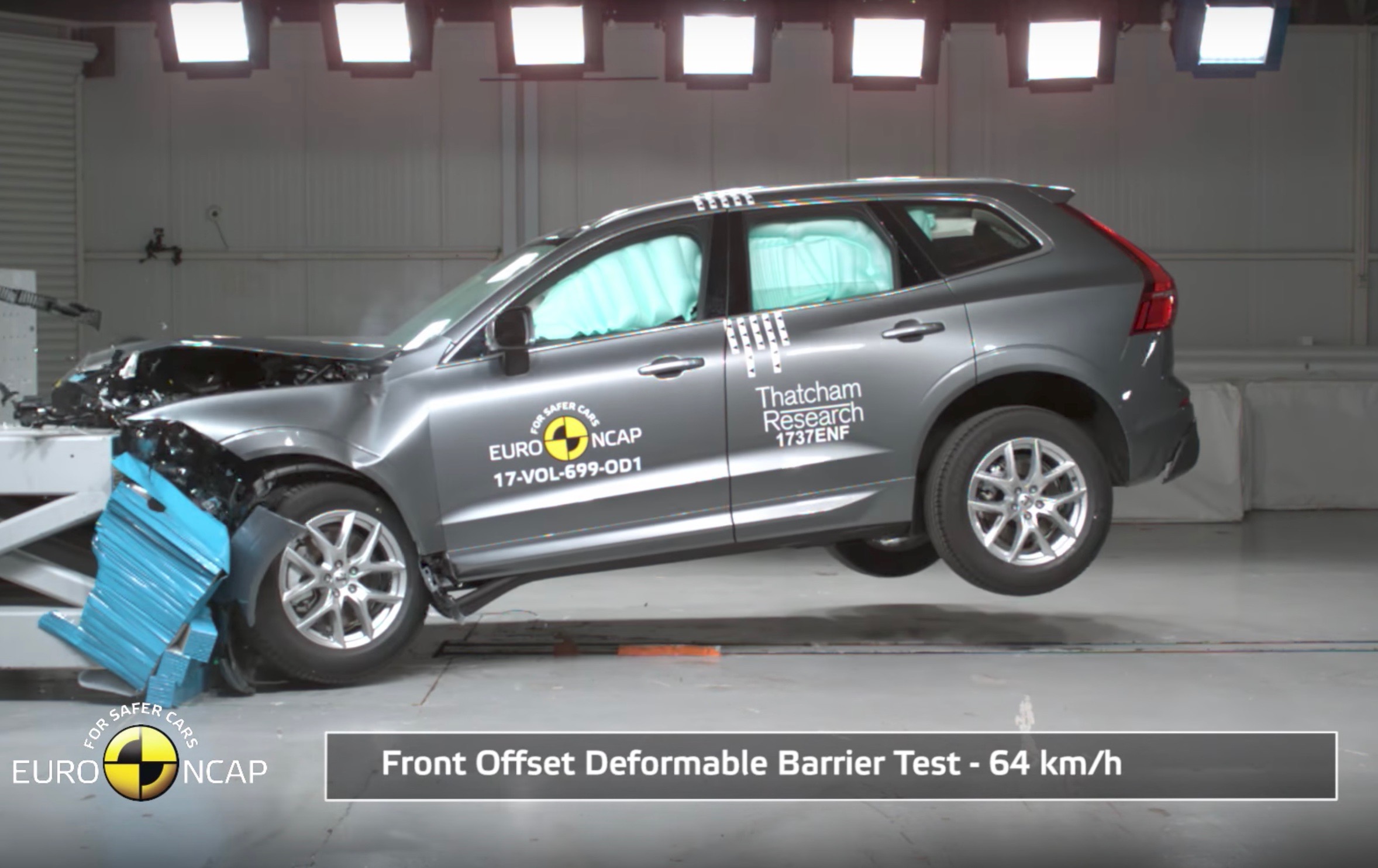 As no surprise to anybody, really, the all-new 2018 Volvo XC60 has just been crash tested by the Euro NCAP division and assessed by ANCAP and given the full five-star seal of approval. 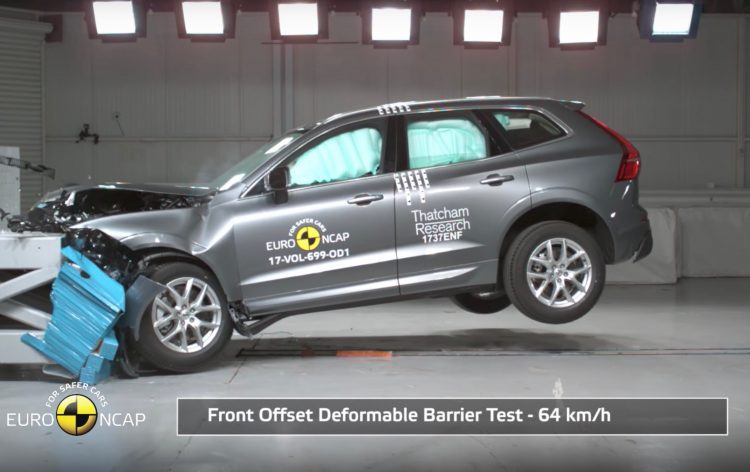 As you would expect, the new XC60, which is built on Volvo’s latest scalable architecture, received high scores in every area of safety. In particular, the SUV returned the highest-ever score for adult occupant protection and safety assist. ANCAP CEO James Goodwin said:

“High levels of protection were recorded for occupants in all four crash tests, with only the chest of the rear passenger in the full width test and the lower legs of the driver in the frontal offset test seeing points deducted.”

In the side impact pole tests all body regions received top scores, with an overall rating of 98 per cent for adult occupant safety and 95 per cent for safety assist. Safest assist includes looking at technologies such as autonomous emergency braking (AEB).

The XC60 comes with AEB as standard on all variant grades, working at high and low speeds with pedestrian detection. In testing the systems received full points. Further to this, the road sign recognition tech also garnered merit.

Overall, all variants of the XC60 available in Australia are given the five star rating except the T8 hybrid. The T8 remains unrated, but this covers the D4, D5, T5 and T6 variants. Check out the cool slow-mo crash test footage below for more.

Volvo Australia launched the new model only last month. Head over to our previous news story for the starting prices and local lineup details.