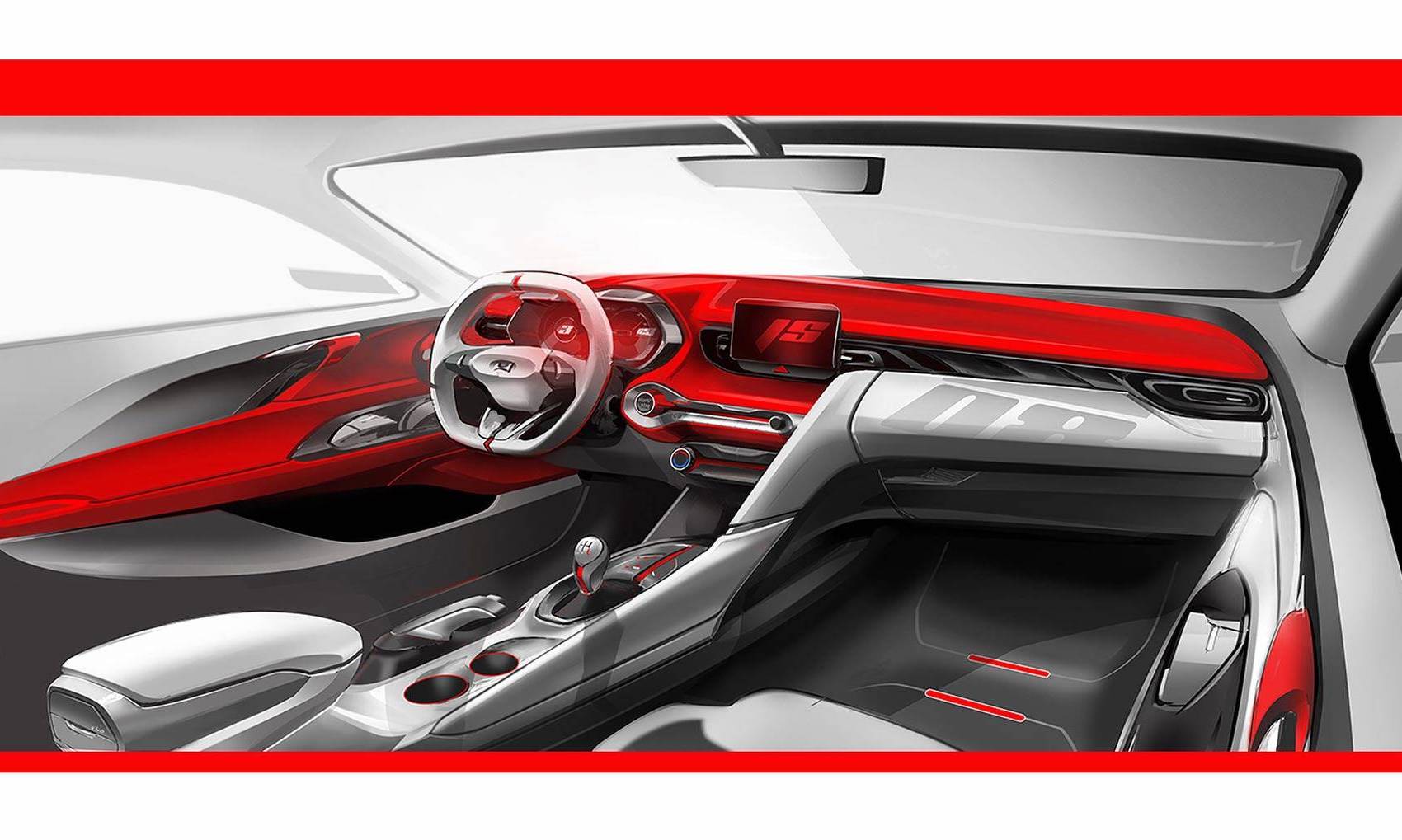 The interior of the all-new Hyundai Veloster has been previewed for the first time, giving us a sneak peek of the flash new decor ahead of the car’s unveiling expected within the next couple of months. 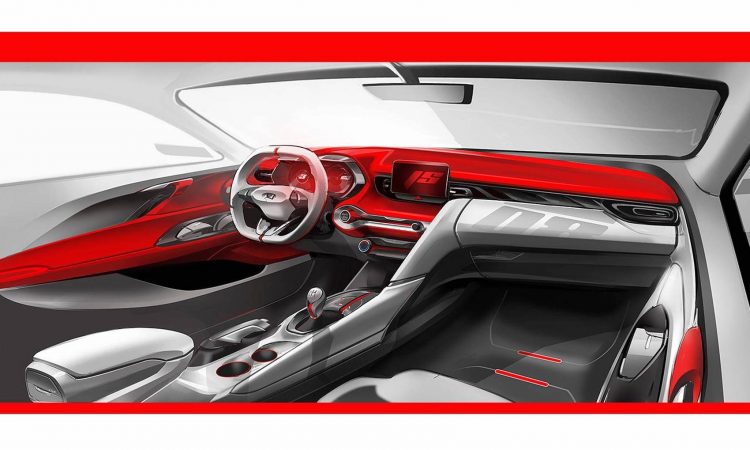 When Hyundai first launched the Veloster back in 2012, it forged a new market niche by blending the practicality of a five-door hatch with the sportiness of a two-door coupe, thanks to its asymmetrical two and one door layout on the left and right sides.

It looks like Hyundai is looking to keep the innovative momentum going with the second-gen version, by promising a very sporty, driver-focused cockpit filled with advanced technology. By the looks of this official sketch, the new Veloster will receive a digital instrument cluster for the first time.

The dash fascia also looks like it will be tidied up, with fewer buttons leaving a cleaner design. More functions are set to be packed into the multimedia screen, which will be a tablet-style add-on at the the top.

Other interesting details seen in the teaser sketch include a manual handbrake remaining, despite the increased use of button-operated systems, and the presence of a manual gearshifter confirming it is set to remain as an option as well.

As far as we know the new Veloster will carry over very similar powertrains, however, there has been some speak of a 1.4-litre turbo coming in as the entry level model. This could replace the existing non-turbo 1.6 entry level version. We’ll have to wait and see.