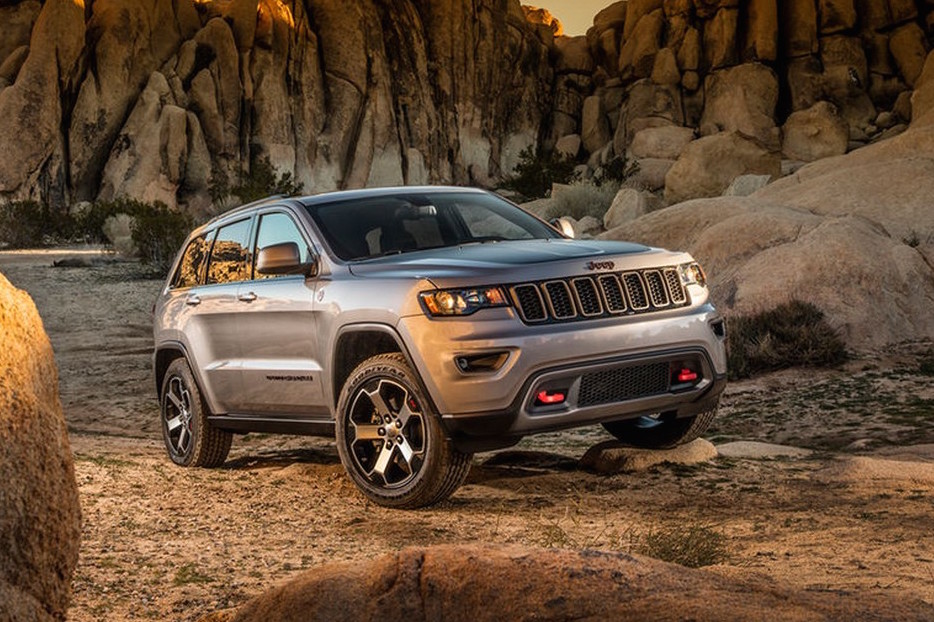 Images of the 2017 Jeep Grand Cherokee Trailhawk have been ‘leaked’ online – on purpose or not we don’t know – showing the new rough and tough variant of the popular SUV. 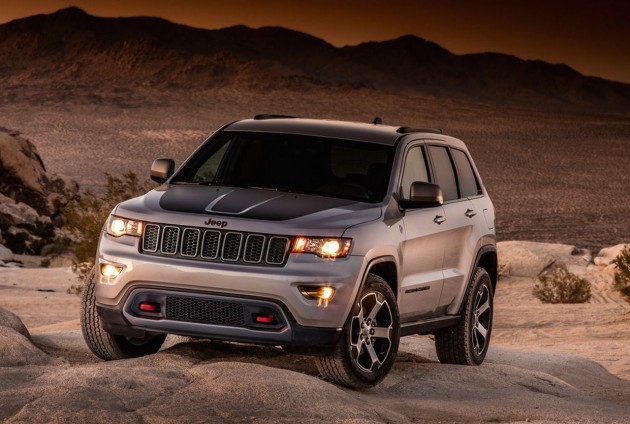 This isn’t the flagship ‘Trackhawk’ we’ve been waiting for, with the 527kW Hellcat engine. Instead, the Trailhawk is more about off-road performance like other Trailhawk models in Jeep’s lineup.

As you can see, the model comes with various black highlights, such as bonnet accents, as well as a revised front bumper bar with a new lower section incorporating red tow hooks, and unique alloy wheels.

The Trailhawk is also expected to feature raised ground clearance via bespoke suspension, along with more aggressive tyre tread compared with the regular Overland and Limited variants to help with off-road performance.

Little else is known about the variant at this stage, but we can probably expect some changes to the off-road driving modes, some enhanced underbody protection, and special logos and badges added throughout.

Inside, the Grand Cherokee Trailhawk goes for a practical yet sporty theme, with red stitching, semi-suede/Alcantara seats, and the latest three-spoke steering wheel design. It also gets Jeep’s huge Uconnect touch-screen interface.

It’s understood Jeep is planning other variants for the Grand Cherokee in the near future, along with the anticipated V8 Trackhawk later in the year. More details will be revealed at the New York Auto Show starting March 23.