This is one of those incidents that we hate to report. It involves an awesome vehicle being ruined, and a driver losing his/her life. In this case, a scorching Nissan GT-R crash has ended with its 19-year-old driver being killed. 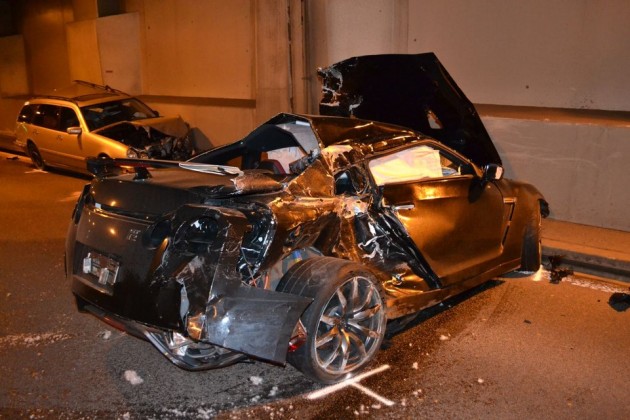 The horrific crash happened in Switzerland, in Schweizerhalle, along the A2 highway tunnel last Tuesday. The driver and owner of the GT-R was taken to hospital by authorities, where he died not long after.

As far as we know, the Nissan was being driven at high speed just before the accident. According to reports the driver lost control and collided with a concrete barrier, before hitting two other vehicles. A 31-year-old and a 34-year-old were also injured in the crash. 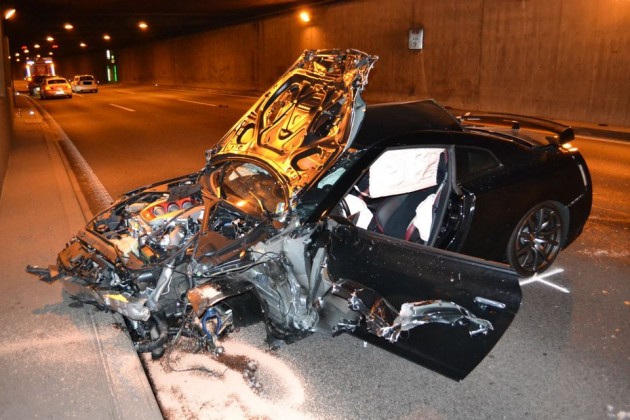 Although the official cause of the incident is yet to be determined, judging by the extent of the damage on the GT-R, this is obviously not something that happened at crawling car-park speeds.

The right-hand side of the GT-R at the back is completely torn apart, pushing the entire rear cabin structure inwards. The squashed cabin also caused the roof to buckle quite badly, popping the front and rear windscreens.

The other two vehicles don’t appear to have suffered as bad, but the Mercedes-Benz E-Class wagon did take a nasty crunch on the nose by the looks of it.