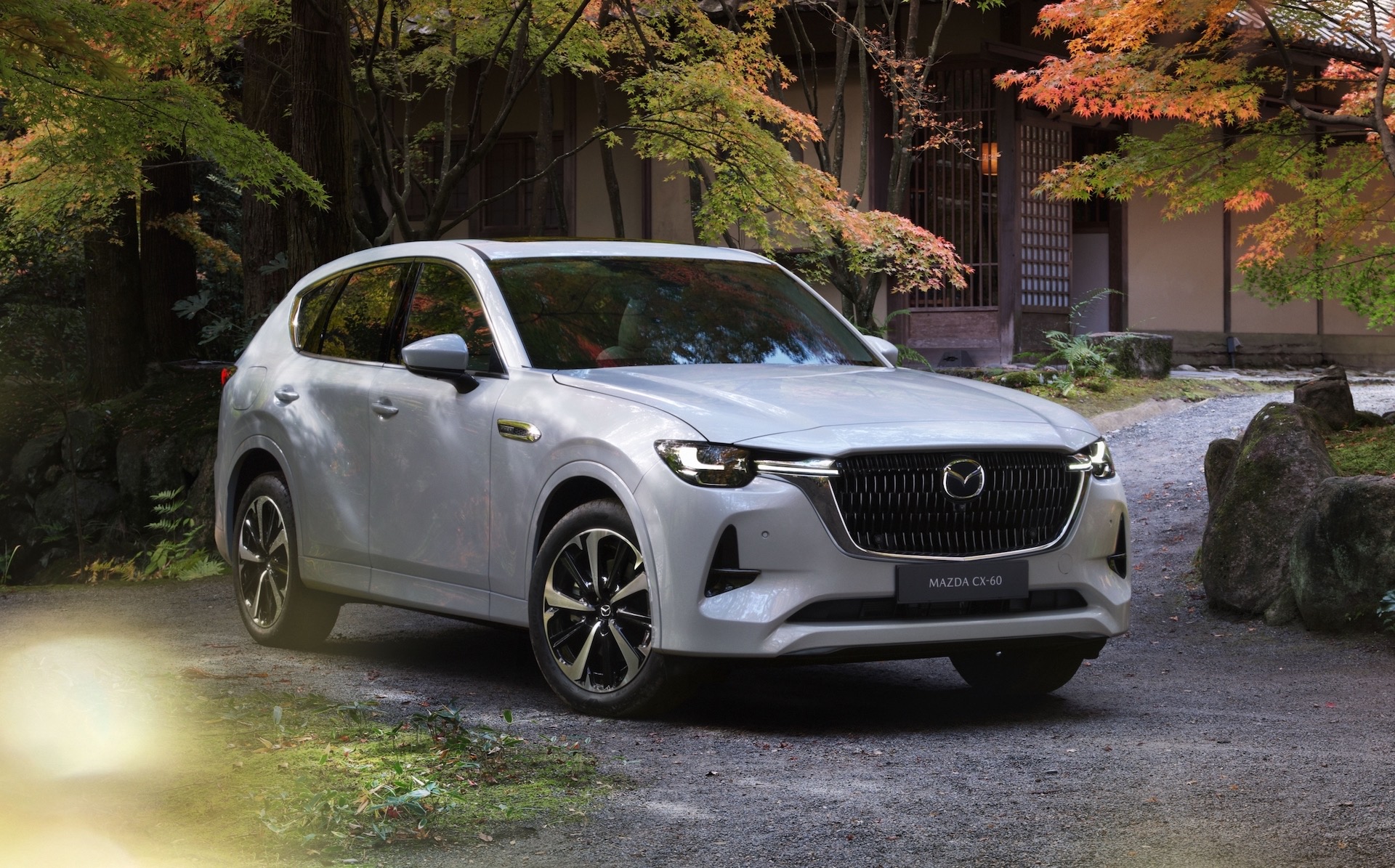 Mazda has unveiled its first-ever plug-in hybrid electric vehicle (PHEV), with the CX-60. It will be making its way to Australian shores sometime this year, as Mazda launches a full-blown assault on the large SUV market. 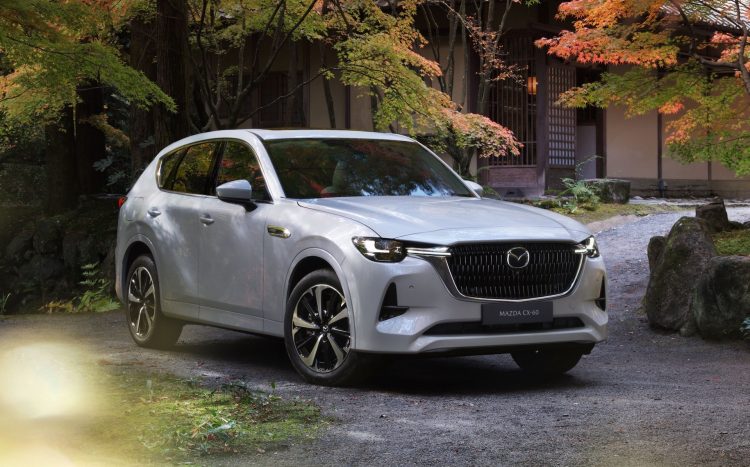 The all-new PHEV powerplant comprises of a Skyactiv-G 2.5-litre four-cylinder petrol unit paired with a 100kW electric motor, producing a combined 241kW (327PS) of power and 500Nm of torque. This results in a claimed 0-100km/h time of 5.8 seconds.

Power to the e-motor is supplied by an onboard 17.8kWh battery pack, that is said to offer 63km of all-electric driving at under 100km/h, and returns a WLTP combined cycle fuel consumption figure of just 1.5L/100km.

Mazda says the CX-60 will be offered with a choice of mild-hybrid 3.0-litre petrol and 3.3-litre diesel inline-six powertrains as well, all of which receive an eight-speed automatic transmission and all-wheel drive platform. Power and torque figures are yet to be confirmed. 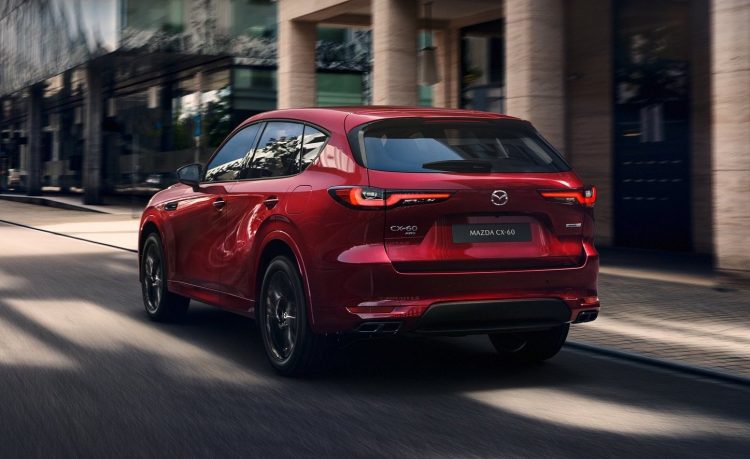 The CX-60 range measures in at 4745mm long, 1685mm tall, 1890mm wide and offers a wheelbase measuring in at 2870mm that Mazda says translates to a heap of interior space and practicality. Compared with the current CX-5 in Australia, the CX-60 is 195mm longer, 10mm taller, 50mm wider, and the platform stretches 170mm further.

Inside, you can see an updated take on Mazda’s famously well-crafted interior designs that feature maple wood and Nappa leather in higher grades. CX-60 PHEV variants have a boot rated at 477L, with some under-floor storage bringing the total capacity up to 570L, which extends to 1726L with the rear seats folded.

Underneath, there’s double wishbone suspension up front and multi-link for the rear, combined with Mazda’s updated Kinematic Posture Control system that reduces body roll by applying brake force on the inside rear wheel for added corning stability. 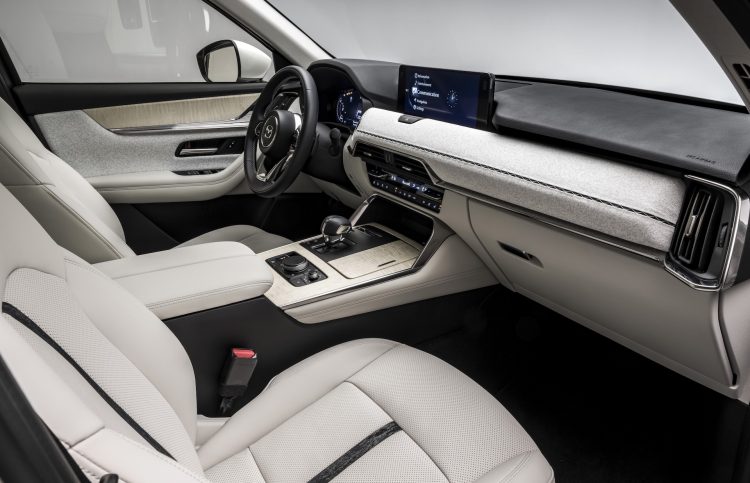 There’s also a heap of safety equipment as standard across all variants, including a new See-Through View camera system, effectively a more accurate surround-view monitor with a greater field of vision.

The release of the CX-60 for the European market came alongside news of Mazda’s plan to add four new ‘large product’ SUVs to its portfolio by the end of 2023.

Production will commence for the CX-60 in just a few days, with Australian deliveries slated to kick off in the second half of 2022. We’ll be sure to report back when we hear more on local details.