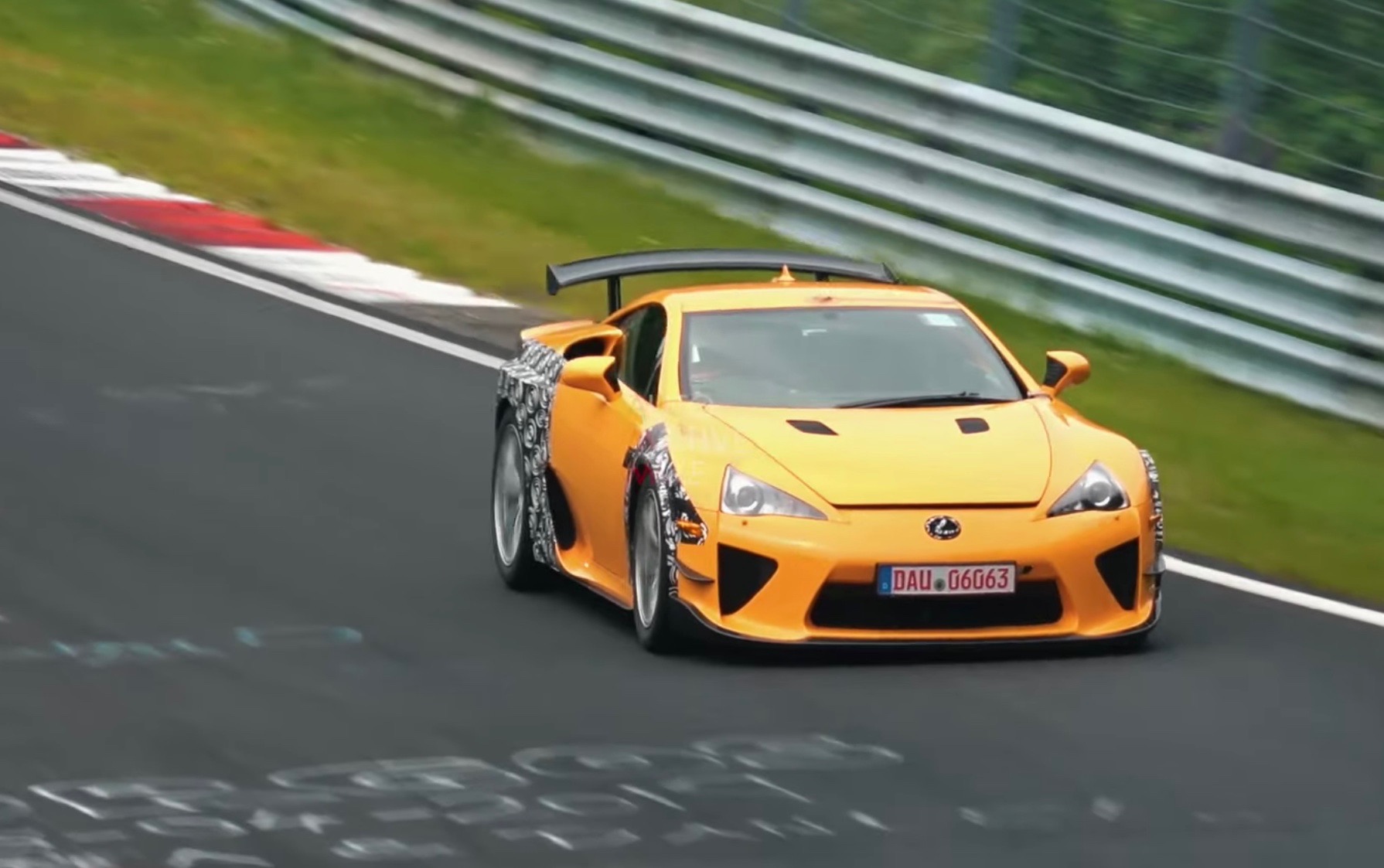 Rumours have been floating about for a while now around the idea of a Lexus LC F high-performance coupe. A Lexus representative has even said that “something big is coming” to the LC later this year. This Lexus LFA-looking prototype could be the makings of such model. 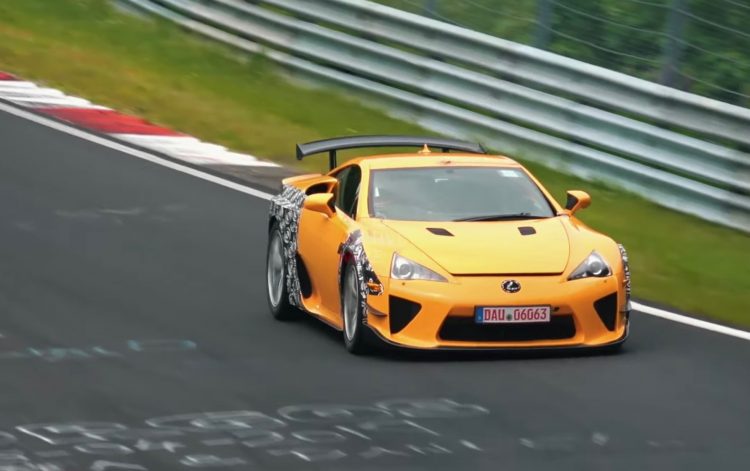 Yes, it appears to be a Lexus LFA. However, the car was spotted during industry testing sessions at the Nurburgring, which means the LFA is a test mule or prototype of some kind. If you look closely you’ll see it does feature some unique body parts compared with the regular LFA.

What’s most interesting is the pumped out wheel arches. For the front the arches are pushed outward in a curvaceous manner. Meanwhile at the back, some more serious sculpted haunches appear to be crafted into the bodywork with a unique squared-off design.

There is a small chance Lexus is testing an ‘LC F’ of sorts, and could be using the old LFA body simply as a test mule. Sometimes carmakers will use an old body and modify it if need be, while concealing completely different underpinnings and powertrain gear.

It’s easy to hear this does feature a high-revving engine that sounds pretty much identical to the V10 that powered the old LFA. There is a chance Lexus is honing a suspension and steering setup for an LC F, using the LFA as a container for testing purposes only. Engineers may have even modified the LFA to suit the dimensions of the LC so they can be carried straight across.

Of course, the other theory is Lexus could be planning to revive the LFA with some kind of special edition or track-ready edition. Our gut tells us that Lexus wouldn’t go back to the drawing board on an old car though. But who knows. Stranger things have happened in the past. Check it out below and feel free to tell us what you think is going on here.