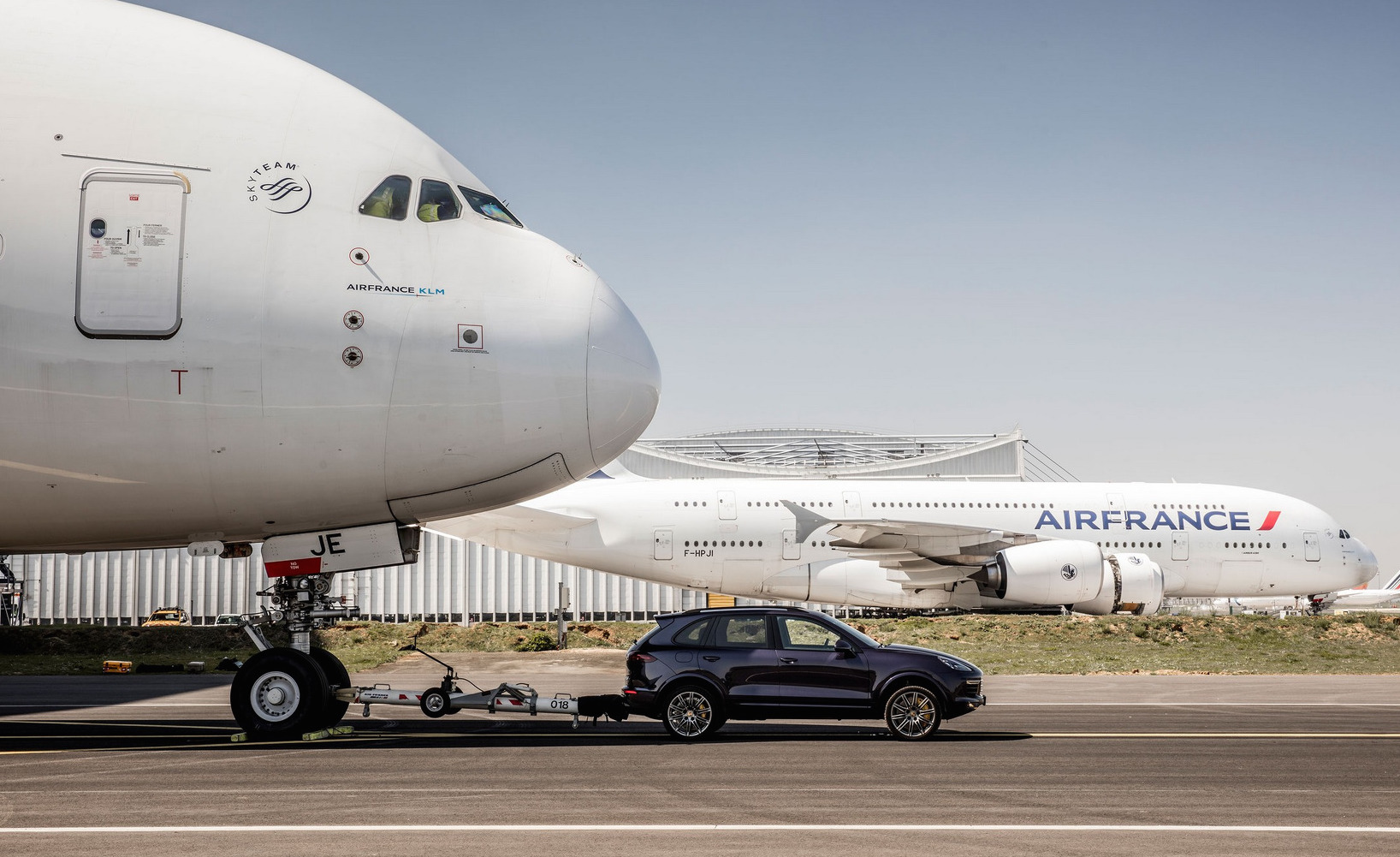 The current, second-gen Porsche Cayenne is nearing the end of its life, so Porsche has used the world’s biggest jumbo jet to remind everyone that it is still a mighty vehicle. The 285-tonne, 73-metre long Airbus A380 is quite the prop to use when you wish to make a point, and set a world record. 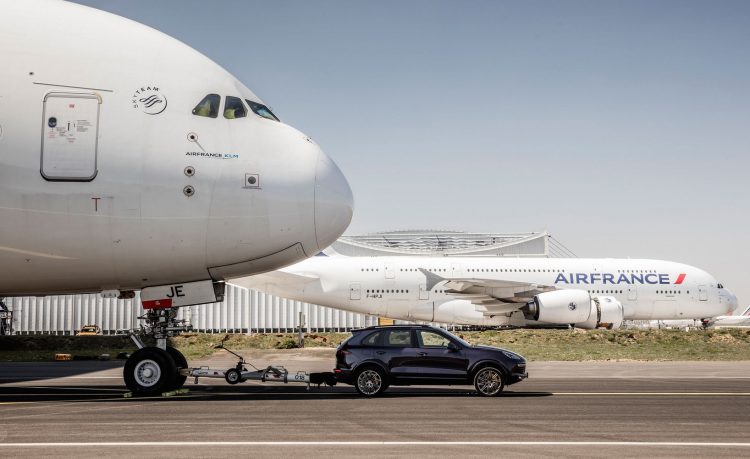 Hooked up to a standard-looking gooseneck is a long hitch attached to the plane’s landing gear. As the car gets underway, piloted by a hirsuit man, it successfully pulls the aircraft from its hangar, netting a new Guinness World Record for 2017.

This comfortably eclipses the previous record set by a Nissan Patrol towing a Iiyushin II-76 cargo plane by 127 tonnes, let alone the famous 2006 142-tonne record of the VW Touareg towing a Boeing 747.

A new Porsche Cayenne on the MLB Evo platform is expected in the next 18 months.