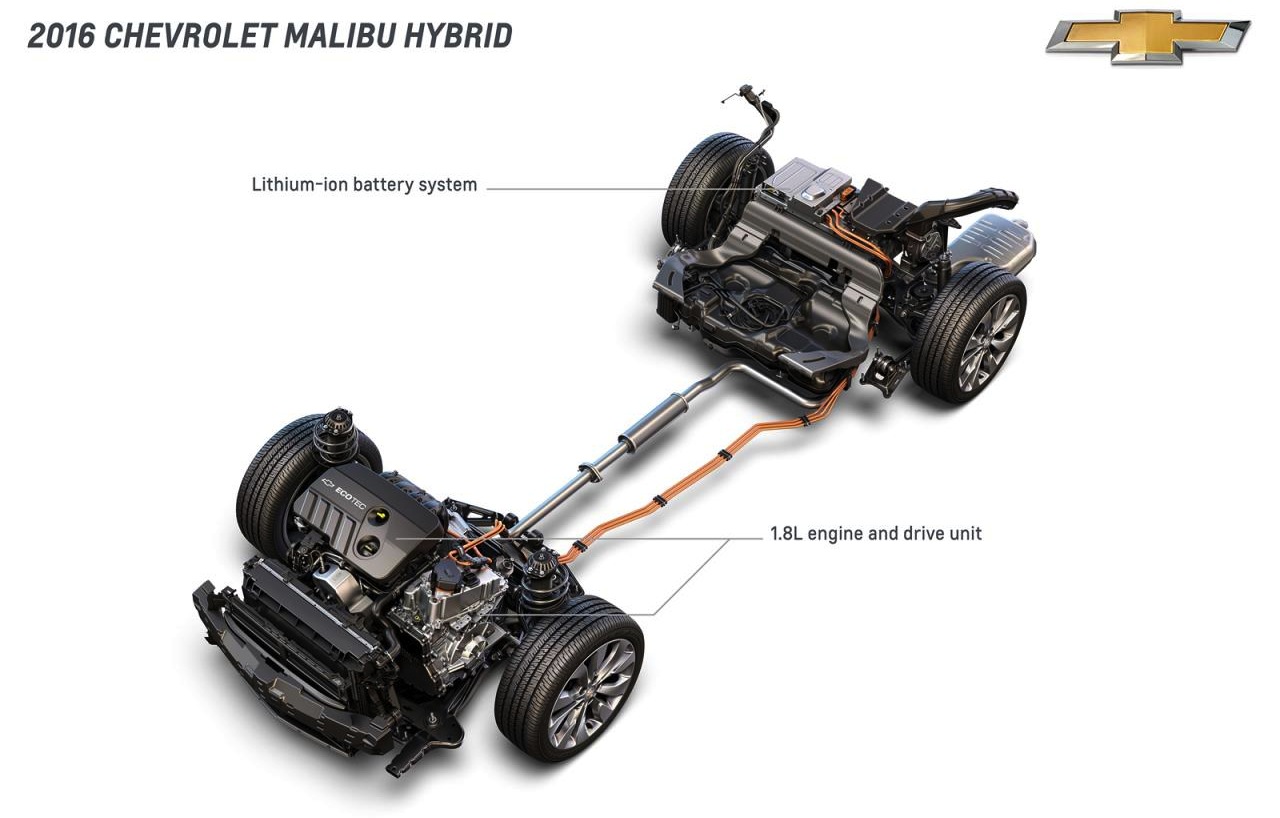 We’ve seen previews and teasers of the next-gen 2016 Chevrolet Malibu, but now GM has revealed the new model will come in hybrid form for the very first time. This has the potential to leave the Toyota Camry Hybrid shaking in its boots. 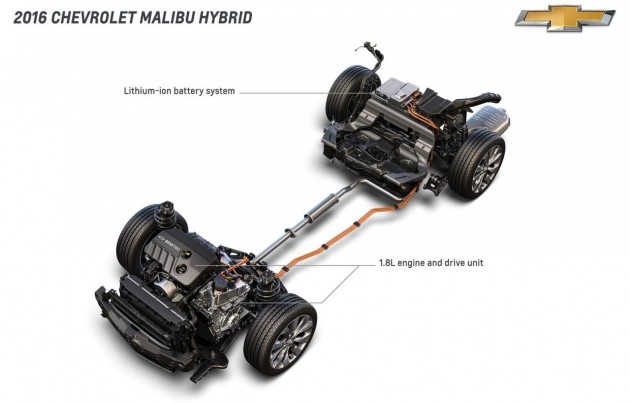 Specific details on the complete lineup will be revealed at the car’s debut at the New York Auto Show next month. However, GM just couldn’t help but spill some beans on the new hybrid. And rightly so, it should be an interesting model.

In the engine compartment will sit a 1.8-litre petrol four-cylinder engine that’s paired to a ‘two-motor’ electric unit that’s borrowed from the new Volt, albeit slightly modified. In the Malibu the system offers a combined output of 136kW.

The electric motor is powered by an 80-cell, 1.5kWh lithium-ion battery. Although it doesn’t seem like the most powerful electric system out there, Chevrolet says it is potent enough to propel the Malibu on electric power alone to speeds up to 55mph (89km/h).

Other highlights for the Hybrid version include Chevrolet’s first application of Exhaust Gas Heat Recovery (EGHR). The system uses the heat from the exhaust system to do things such as warm the engine in cold climates, and warm the cabin. Warming up the engine in cold conditions will help to provide more consistent economy figures, Chevrolet says.

Locally, Holden hasn’t officially mentioned anything about the new Malibu or even confirmed if it will make it to Australia. The current Holden Malibu, which is available in petrol and diesel forms, hasn’t been selling quite as successfully as one would hope. During 2014, 1625 examples were sold, up against 22,044 Toyota Camrys.

The current model is based on GM’s international Epsilon II platform which also underpins the Opel Insignia. It is a highly regarded platform offering good handling and dynamics, however, the Holden-badged version is built in Korea and isn’t quite as dynamic in terms of suspension and steering in our opinion.

The question is not necessarily, will the 2016 Malibu come to Australia? It could be more a case of, will the 2016 Malibu replace the Commodore from 2017? Holden has only said a new large sedan, likely from GM’s international portfolio, will replace the Commodore. We must also keep in mind Holden will soon introduce a Holden-badged version of the current Opel Insignia OPC, which may or may not be phased out pretty quick given the new model is near.