In what seems to be a common theme in V8 Supercars in 2012, TeamVodafone has finished 1-2 in the Sucrogen Townsville 400 despite rivals Ford Performance Racing dominating qualifying. 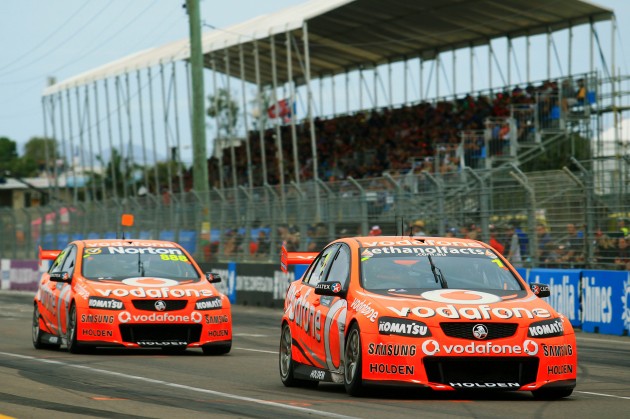 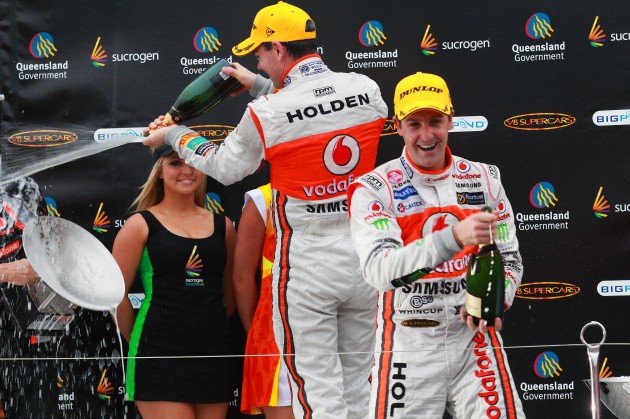 Brad Jones Racing Holden driver Fabian Coulthard had another top result in fourth while Whincup’s TeamVodafone teammate Craig Lowndes stormed to fifth from 20th after needing to ‘double stack’ in the pitlane behind Whincup.

Ford Performance Racing came out and dominated qualifying again on Sunday with driver David Reynolds taking his first pole position of his career. Winterbottom and teammate Will Davison filled the next two spots.

TeamVodafone made the right calls again during the race with Whincup just leading home Lowndes in a thrilling battle of teammates after the pair had started from ninth and fifth on the grid, respectively.

Whincup said he gave it all he had in the hot and humid conditions and was naturally pleased with the perfect weekend of racing.

“We had great cars in Darwin and I was a little soft then so I though this time round I will give it a good crack. We had a cracking battle with good cars; tyres running down … it was all good stuff.

“I knew there was going to be a fight. It was a good hard battle, clean battle. We are starting to get some results, some race wins, and we need to keep the tempo.”

Davison came home third while Tander completed a solid weekend, going from 13th to fourth place after passing Winterbottom with just a few laps remaining. Pole getter Reynolds faded down to fifth, with an ill Will Davison finishing third in his Trading Post FPR Falcon.

The next round of the 2012 V8 Supercars series will be at Ipswich’s Queensland Raceway on August 3-5.