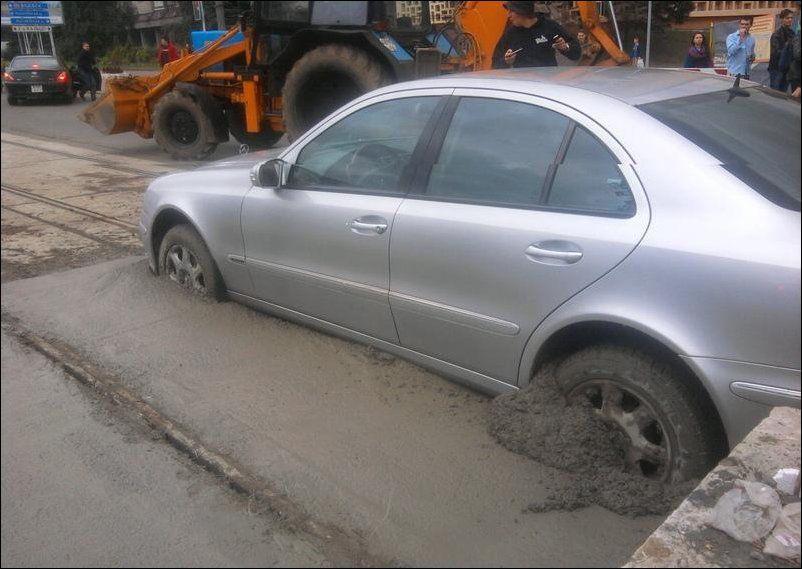 Here’s a lesson how not to park. A female driver in Belarus ploughed into some unset concrete resulting in, well, a pretty sticky situation. The Mercedes-Benz E-Class, as luxurious as it might be, was unable to pull itself out. 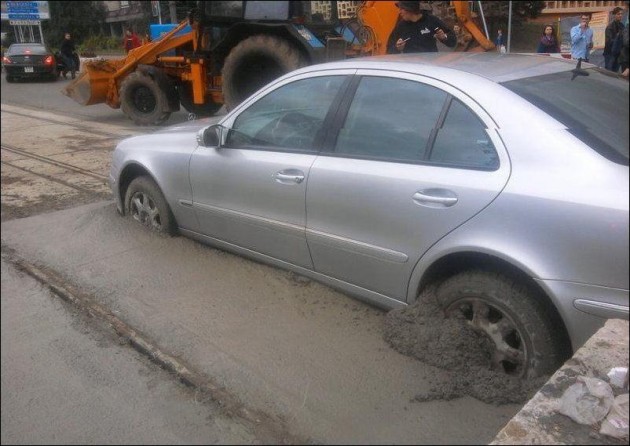 The incident occurred at an intersection where some old tram lines were being filled in. According to reports the driver somehow managed to miss the various signs and blocks warning drivers not to enter the area.

At first a ute tried to free the E-Class but failed. A tractor then had to come in to save the day, ploughing through the wet cement. Hopefully someone got under the car with a hose to spray all of the cement out before it set. 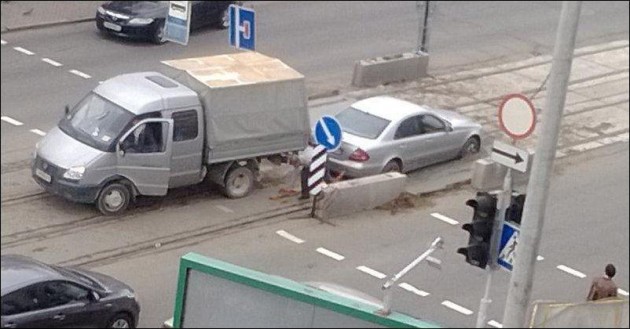 There’s always someone out there that wants to write their name in wet cement, perhaps this is a new trend? Stamping your car in concrete?