Fernando Alonso has been given a Ferrari FF as a gift from Ferrari for winning the Malaysian F1 Grand Prix last weekend. The car adds to Alonso’s growing list of exceptional gift vehicles. 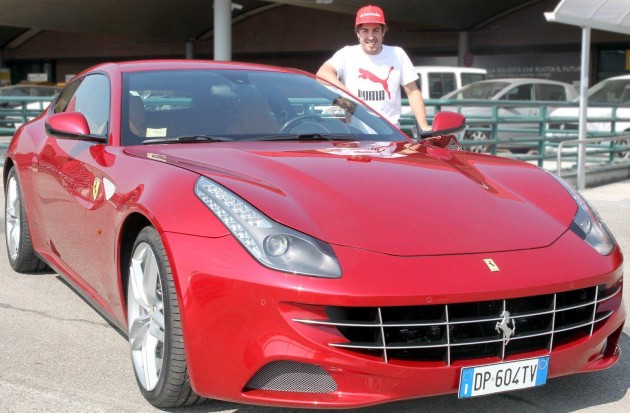 Both Alonso and Massa were given a Rosso Corsa Jeep Grand Cherokee SRT8 earlier this year, featuring a range of bespoke features. This time it may not be a special edition, but it is a spanking new Ferrari FF.

Fernando Alonso took out the Malaysian GP after rain jumbled up the more typical field order. Ferrari, along with Alonso’s driving skill, implemented a great strategy to claim the points.