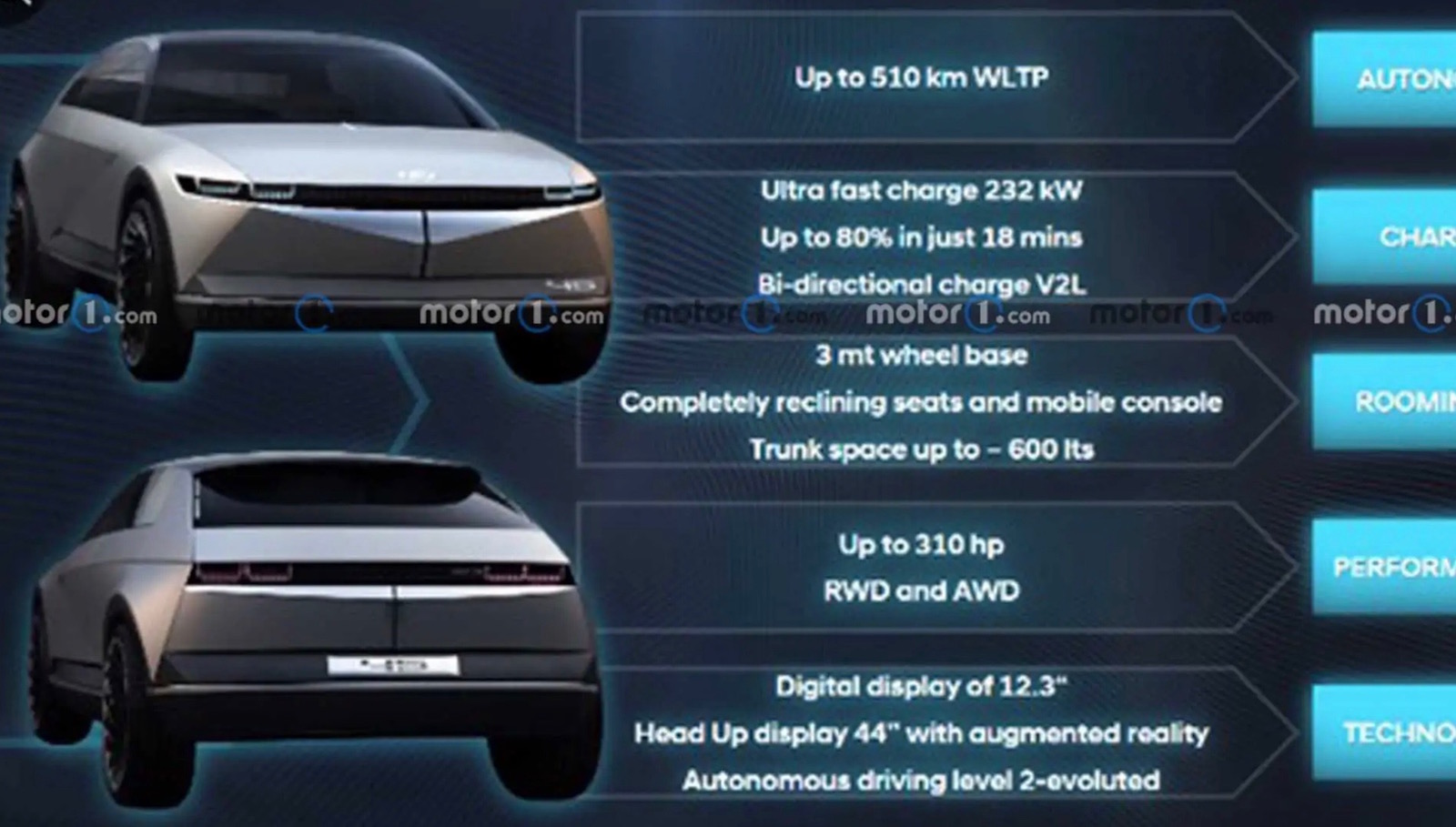 It looks like details and some specs on the 2021 Hyundai IONIQ 5 may have leaked online, potentially confirming rear- and all-wheel drive options and a range of up to 510km. 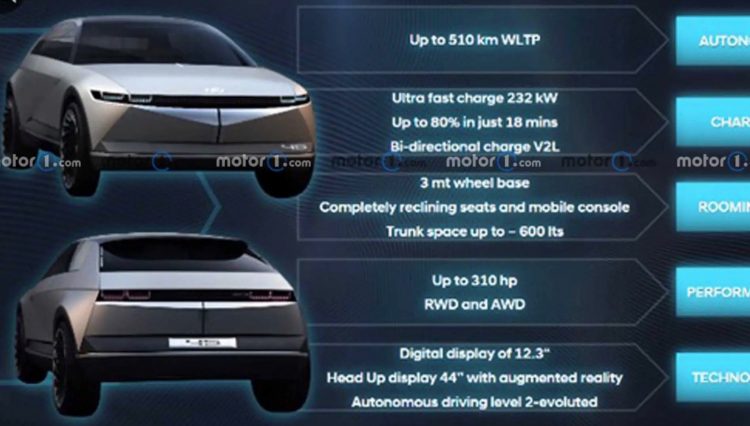 An outline slide, which appears to be part of a presentation of some kind, has been published by Motor1. It shows various details and, to us, it does look like a legitimate screen grab from an official presentation. The details are show alongside some images of the 45 concept that debuted in 2019.

So, from the top, the slide says the IONIQ 5 will offer a range of up to 510km on the WLTP test cycle. That’s the highest range ever for a production Hyundai EV, with the current Kona Electric offering 449km. The battery system will also accept recharging at up to 232kW, resulting in up to 80 per cent charge in just 18 minutes. 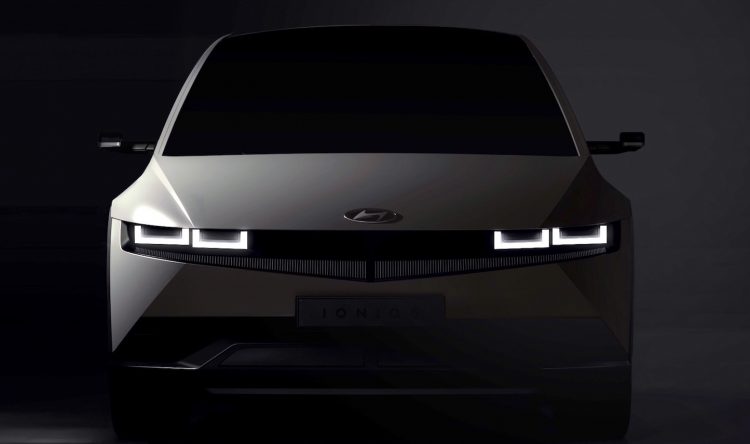 As already confirmed, the new model will feature a bi-directional electric system, so, essentially, users will be able to use the vehicle’s power to supply external accessories. And it looks like the 5 will be offered in rear-wheel drive and all-wheel drive, with up to 231kW (310hp). It’s all underpinned by Hyundai Motor Group’s new E-GMP layout.

Inside, the seats and console are set to be either made from recycled material or made from materials that can easily be recycled, or both. There’s also mention of a 12.3-inch digital interface inside, and, strangely, a ’44-inch’ head-up display system. That’s big, but we’d suggest there could be a mixup in the figures. 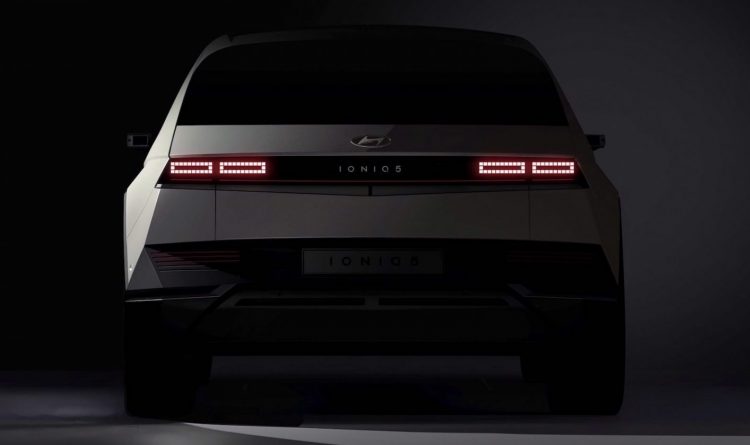 Hyundai sent out some official teaser images of the new hatchback last week. They prove the new model will indeed take much of its inspiration from the 45 concept. Pixel-style taillights, turbine alloy wheels, and an overall retro theme is clearly evident. As far as we understand, the 5 will be quite a large vehicle for a small hatchback, with the wheels pushed right out to the corners for optimum dynamics and cabin space.

A full debut is planned for February, with market entry in Australia expected later in 2021.