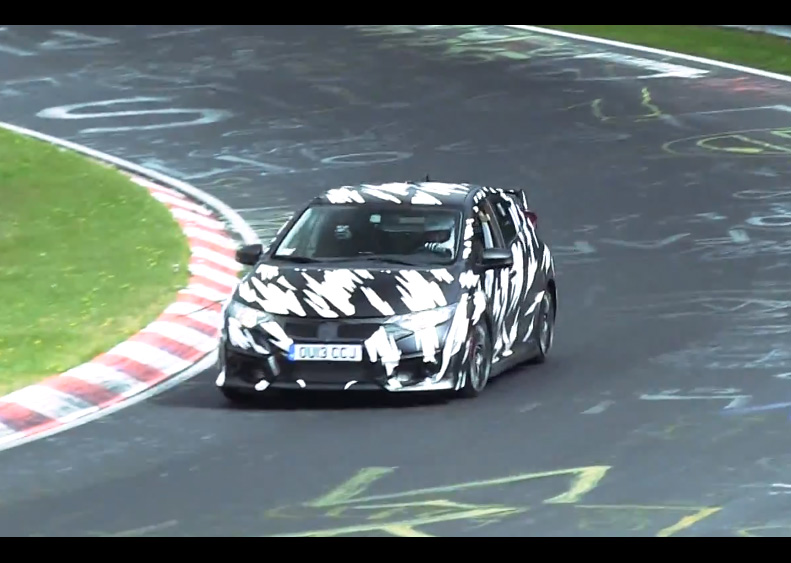 Honda has been spotted testing a prototype version of the next-gen Honda Civic Type R at the Nurburgring in Germany. This is one of the first times the mule has been captured on video. 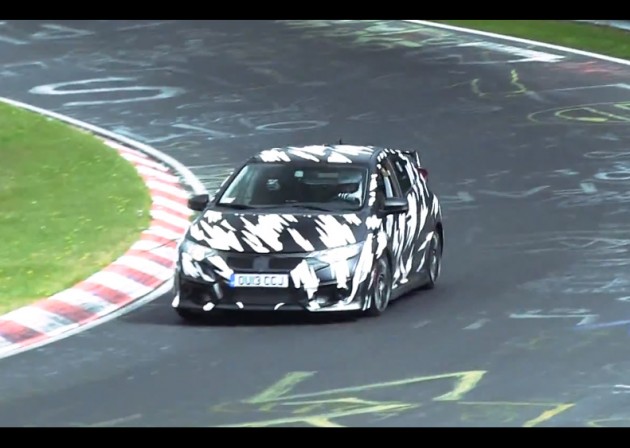 This will be a much more serious performance model this time around. Honda has openly said that it wants the car to be the quickest production front-wheel drive hot hatch ever around the Nurburgring. This meana beating the Renault Megane R.S., which has set a time of 8:07.97.

As you can hear in the video below, produced by TouriClips YouTube channel, the prototype sports a distinctly muffled soundtrack, like a factory turbocharged car. There’s a reason for this, the new Civic Type R is set to feature a a turbo engine for the very first time.

The capacity of the engine is still yet to be confirmed, however, 1.6 or 2.0 litres seems to be a likely avenue.

As for power, engineers are apparently aiming for around 224kW (300hp). Whether they hit that target or not is another matter. The import thing is it is expected to be much more powerful than the 148kW predecessor. International reports suggest 198kW.

Click play below to take a look, and listen. The new model won’t appear in showrooms until around 2015.