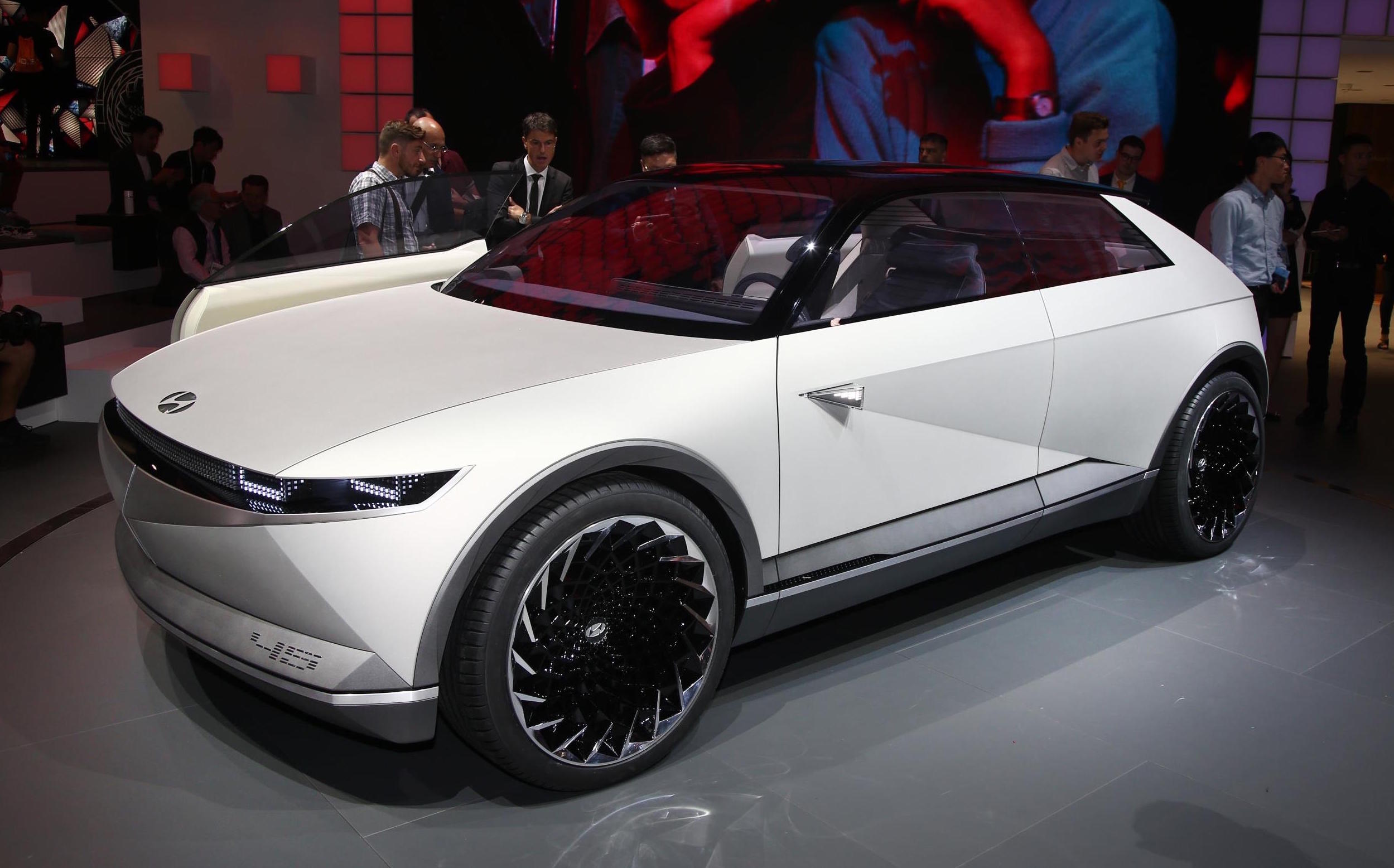 Want to know what the future could look like for Hyundai? Check out this. It’s called the Hyundai 45 EV concept, and it has just made its debut at the Frankfurt motor show in Germany. 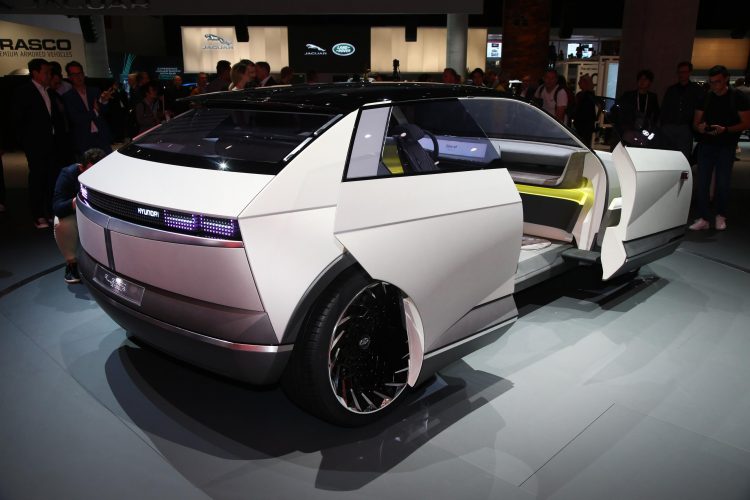 Hyundai describes it as an homage to its heritage and reimagined for the future. It draws most of its inspiration from the 1874 Pony Coupe Concept, which was the first vehicle that helped establish Hyundai’s design character. There are loads of modern and futuristic themes blended in as well, including a monocoque-like one-piece body, full-width front and rear light housings, and very slimline headlights and taillights.

The 45 is a fully electric concept, although, specifications haven’t been detailed. The company says the battery system is integrated into the floor, creating a ‘skateboard’ style platform. This layout helps to maximise cabin space, which is described as being like a living room complete with furniture. 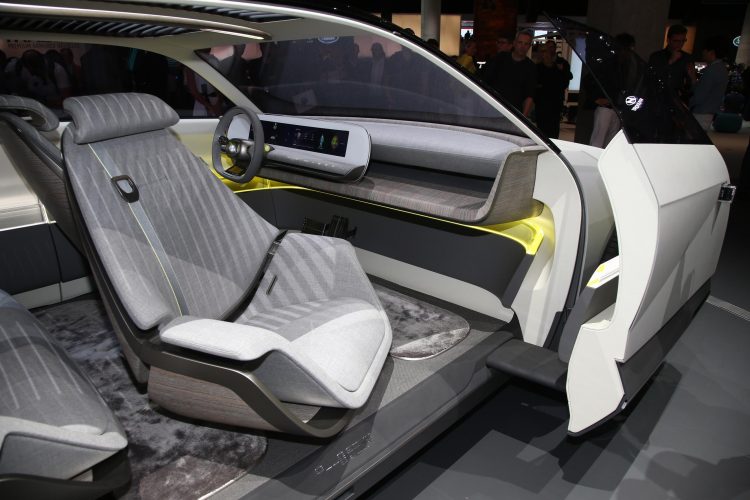 Taking a look inside and it’s clear to see this is a vehicle designed for the future. The floating-style swivel chairs and super-clean and uncluttered dash creates a sense of simplicity, yet, behind the steering wheel is a huge one-piece digital screen that sprouts across around 70 per cent of the dash length. There’s also a unique dash projection-beam system for the passenger side.

Check out the steering wheel. It’s a single-spoke item with unique see-through dials at the 9 and 3 o’clock positions. The entire cabin is also wrapped with a yellow belt line and a tub-like structure. It’s so simple and clean, it makes you wonder why more cars aren’t designed like this. Speaking about the 45 concept, SangYup Lee, senior vice president and the head of Hyundai Design, said:

“As an icon of Hyundai, the 45 clearly reveals how Hyundai heads towards the future through heritage. Through the 45 built upon our design language ‘Sensuous Sportiness’, Hyundai wants to present our vision on how we want to reshape people’s in-car lifestyle in the era of electrification and autonomous driving.”

Of course, there are no plans to put this concept into production as is, but inspiration could be drawn from certain areas for the makeup of future Hyundai products.