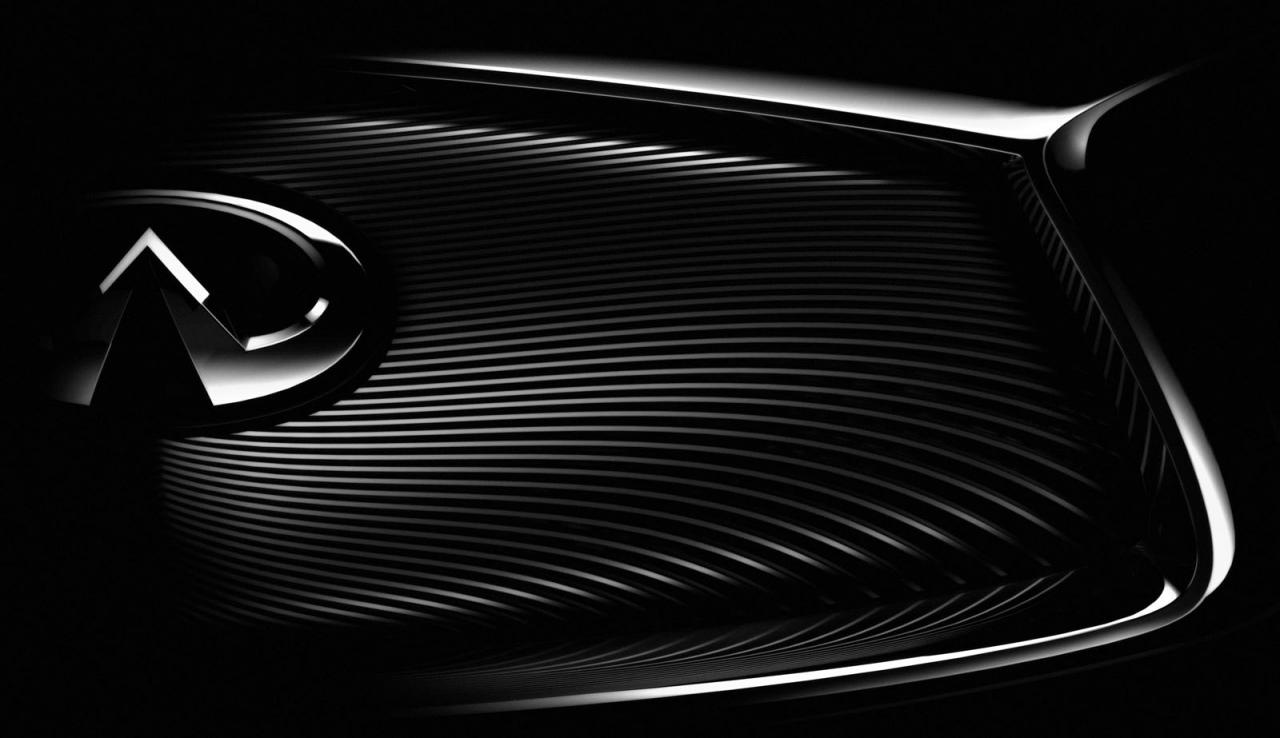 Infiniti has dropped a very brief preview of a new model it plans to unveil at the 2014 Paris Motor Show in October, releasing just this teaser image and some vague text. 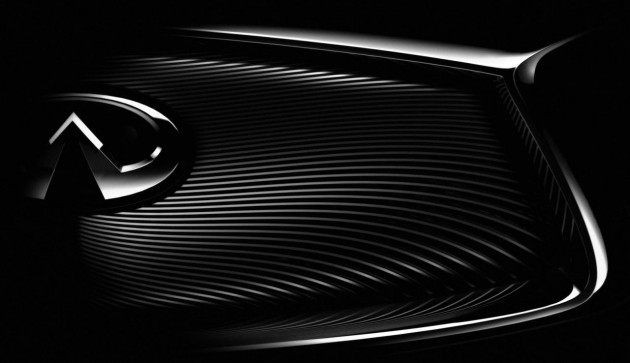 With no suggestion on what the model will be, industry experts predict a production version of the company’s upcoming QX30 small premium SUV. Infiniti says,

“Style and substance that push any preconceived limits. Soon, Infiniti will share a vision – its soul – on a scale not seen before from the company.”

This would fall in line with a small SUV; the company has never introduced a model to fit that segment. Reports have also indicated the QX30 to be the next new model from Infiniti to be released.

This doesn’t rule out the chances of it being something else though. Infiniti is planning to launch a number of all-new models over the next five years, including a luxury grand coupe – possibly called the Q80 or Q90 – to take on the likes of the Audi A7, BMW 6 Series Gran Coupe and Mercedes CLS-Class.

Further than that, the Japanese luxury brand is also said to be planning an electric-based model called the LE. It will share its platform with the Nissan LEAF hatch, powered by a next-gen battery system. The LE will differentiate itself from the LEAF via a unique body and a luxury interior.

Infiniti needs to refresh its product portfolio to keep up with the stronger German rivals. So far this year in Australia Infiniti has sold just 250 vehicles. Compared with Audi (11,195) or BMW (12,778), Infiniti only takes a very small slice of the quite large premium market.

All will be revealed by October 2, at the start of the Paris Motor Show. Stay tuned.