A Ferrari forum member has spotted a prototype version of the new Ferrari Enzo ‘F70’ successor. This is the first time a real glimpse of the new supercar has been revealed. 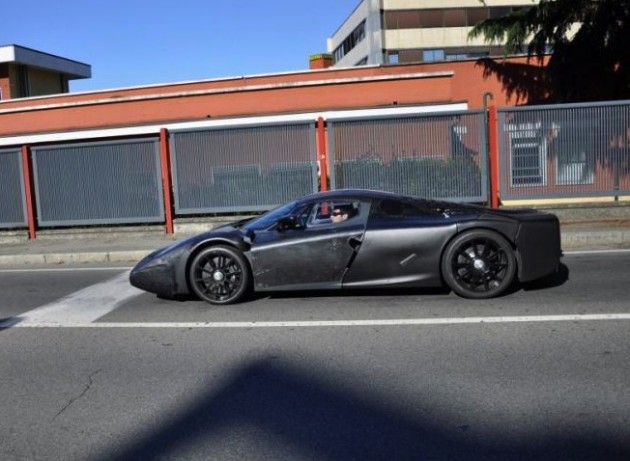 The images were posted on enthusiast forum Ferrari Chat recently, with the photographer saying that the engine note was simply absurd. He said it sounded more like an F1 car than a road car. Unfortunately, no video accompanies these images.

As far as details go, the next Enzo, dubbed the Ferrari F70, will be powered by a V12 engine using a new HY-KERS recovery system and electric motor. Specific outputs are yet to be revealed, however, expect around 920hp (686kW) to be on tap. The new Enzo will be the most powerful road car Ferrari has ever produced.

Not only will it be powerful, Ferrari has pushed the fact that the new powertrain will reduce fuel consumption by as much as 30 per cent, and produce around 40 per cent less emissions than an equivalent petrol-only engine with the same power. 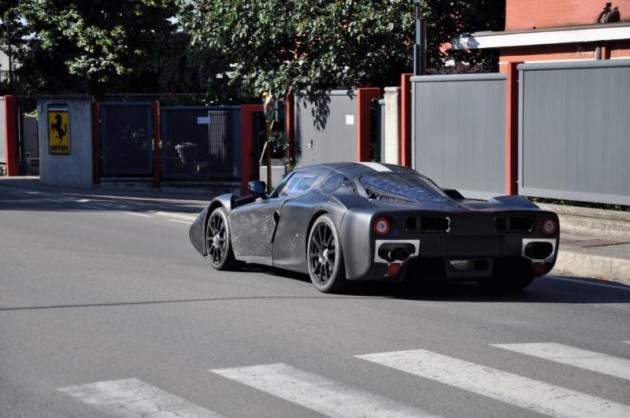 As for the styling of the new Ferrari Enzo F70, these images are based on a prototype, but they reveal a very low profile body – as you would expect – with a sharp low nose and an elegant sweeping tail.

Disguise and body cladding on the prototype does conceal the exact layout of the nose and rear end. The styling is likely to match the company’s current design language though, as seen on the Ferrari 458 and Ferrari FF.

According to reports, the new model will also be made mostly of carbon fibre. But not just any carbon fibre, a special high-strength carbon which is also used in the construction of the company’s F1 cars. This could allow the new Enzo to be lighter and stronger than its recent predecessors.

All will be revealed towards the end of this year. Stay tuned.