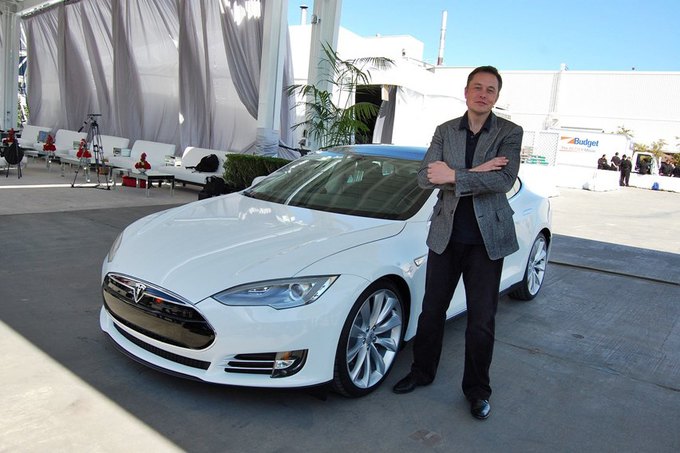 Tesla CEO Elon Musk, alongside CEOs from some of the world’s biggest tech companies including Google and Apple, are reportedly meeting president-elect Donald Trump at a summit tomorrow.

Executive members from companies including Microsoft, Apple, Facebook, Intel, Google, Tesla and Oracle make up “a very heady group of less than a dozen, comprising most of the key players in the sector,” a Recode report stated.

Interestingly enough, we reported last month on a Change.org petition calling for Elon Musk to meet and discuss climate change with the president-elect. Although the purpose of the summit is said to be technology related, it may prove a step in the right direction for proponents of the petition.

There have however been conflicting reports as to whether or not Elon Musk will attend Trump’s tech summit, with one report claiming that Musk’s work obligations with Tesla may force him to miss the event.

While the purpose of the summit is at this point unknown, Oracle CEO Safra Catz told Recode that: “I plan to tell the president-elect that we are with him and will help in any way we can. If he can reform the tax code, reduce regulation and negotiate better trade deals, the US technology industry will be stronger and more competitive than ever.”

However, as one anonymous source cited by Recode stated, “Everyone in tech just wants to be invisible right now when it comes to this administration, but has to participate since we have done it before.”

This could be in reference to large-scale companies wanting to distance themselves from the Trump administration’s extremely polarising policy platform.

There is quite a lot at stake for US technology firms, but perhaps none more than Tesla, who recently purchased SolarCity for over $2 billion. The Trump administration’s position on climate change, and the removal of subsidies for renewable energy sources, like wind and solar, could see Tesla lose out on massively supportive government subsidies which it can pass on to the consumer.

However, it seems Musk has previously envisaged this possibility, telling SolarCity shareholders at a Q&A session:

“Assuming it pans out that we are able to do a solar roof [for] less than a normal roof, before you even take into account the value of the electricity. Assuming that pans out, well subsidies don’t even matter,” Musk said.