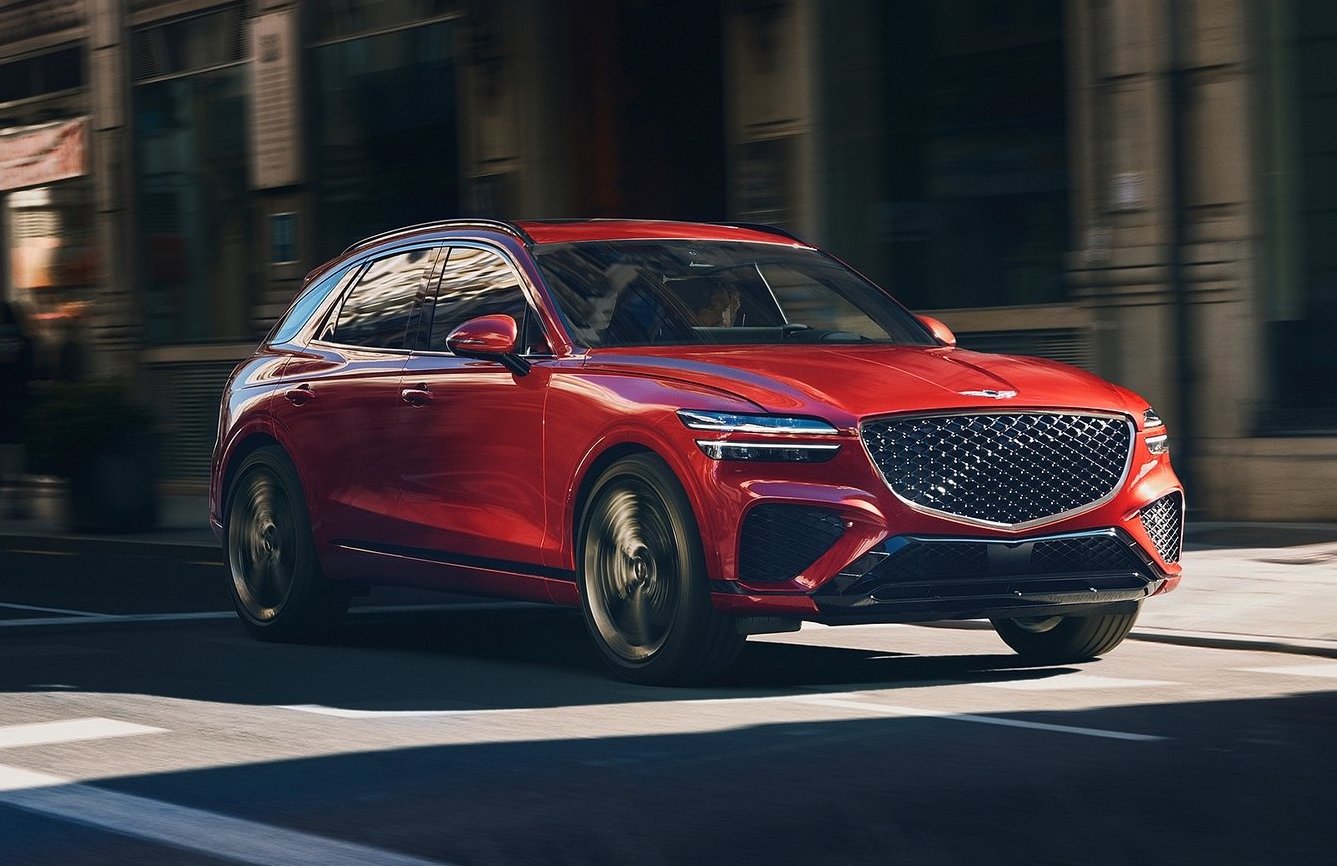 The mid-size premium SUV market segment will soon be hit with a big shunt in Australia due to the introduction of the Genesis GV70, which is locked in to arrive in July. The local arm has just confirmed the full lineup details and prices ahead of its arrival. 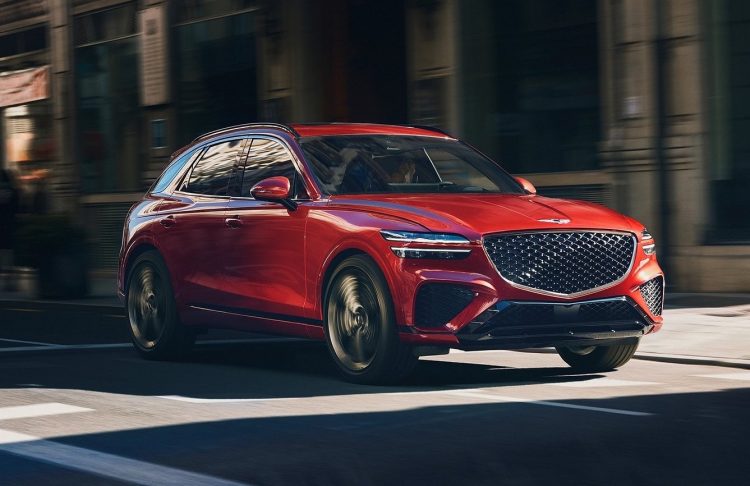 As previously reported, the GV70 is the Hyundai-owned luxury brand’s first entry into the popular mid-size premium SUV market segment. It’s going up against the likes of the Audi Q5, BMW X3, Jaguar F-PACE, and Mercedes GLC, and sits in the company’s showroom as an SUV alternative to the G70 sedan.

Local punters will be offered four main variants, including rear- and all-wheel drive options, and three different engine choices. Trim levels span from the Sport Line pack, Luxury pack, and both combined, depending on the engine preference. Speaking of which, Genesis Australia will be presenting the G2.5 T-GDi, the D2.2, and the top G3.5 T-GDi. 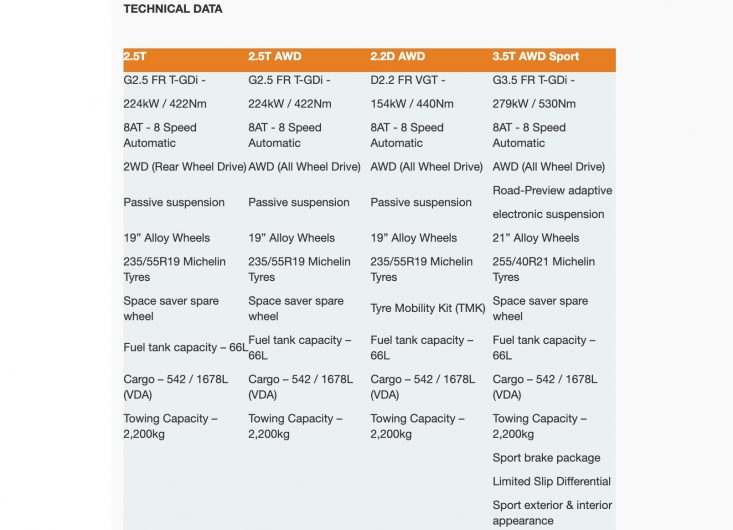 The G.25 consists of a new-ish 2.5-litre turbo-petrol four-cylinder that generates 224kW and 422Nm, which is sent either to the rear wheels or all four via an eight-speed auto. According to overseas specs, 0-100km/h is dusted off in as little as 6.1 seconds.

Going for the D2.2 gets you a 2.2-litre turbo-diesel four-cylinder that churns out 154kW of power and a strong 440Nm of torque. It comes in all-wheel drive form only, also with an eight-speed auto. Overseas specs claim 0-100km/h comes up in a decent 7.9 seconds. 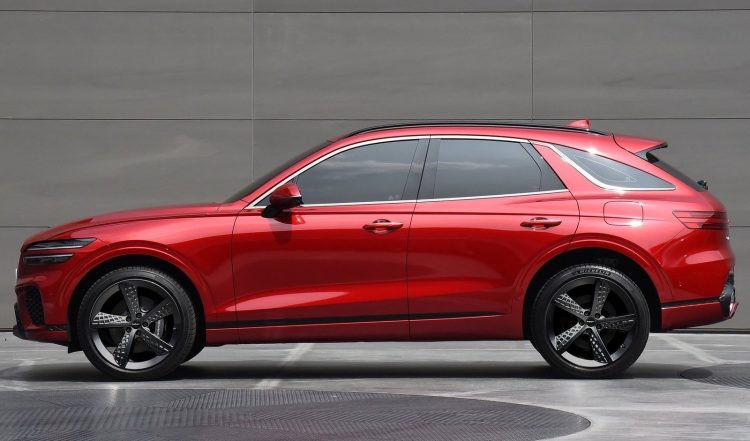 At the top of the range the G3.5 incorporates the company’s new 3.5-litre twin-turbo V6 petrol engine. Although the G70, which shares the same platform, has to make do with the older 3.3-litre unit, the GV70 gets to utilise the higher 279kW and 530Nm outputs. It’s available with all-wheel drive only, and covers the 0-100km/h sprint in a claimed 5.1 seconds.

All variants come with loads of features as standard, including a 14.5-inch touch-screen multimedia system with sat-nav, digital radio, and Android Auto and Apple CarPlay connectivity. A wireless phone charger, nine-speaker sound system, and dual-zone climate control with separate temp control for the rear are also included in all models. 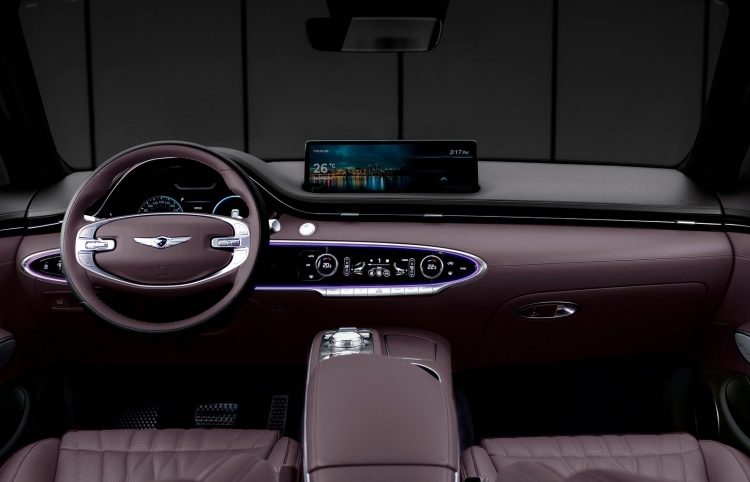 The Sport Line pack comes standard with the top G3.5 engine option, with no option for the Luxury pack, while all other variants can be optioned with either or both option packs. Matte paint is a $2000 option on all variants.

All models are of course covered by Genesis’s generous five-year, unlimited kilometre warranty, which is a very unique proposition for the premium vehicle market. Buyers are also treated to a range of bespoke benefits such as five years 24/7 roadside assistance, ‘Genesis-to-you’ concierge and courtesy vehicle service, and five years free scheduled servicing. All of this, and more, should help the GV70 make a decent dent in the demanding segment.

Genesis is planning to launch the GV70 in Australia in July this year. Prices start from the following (excluding on-road costs):