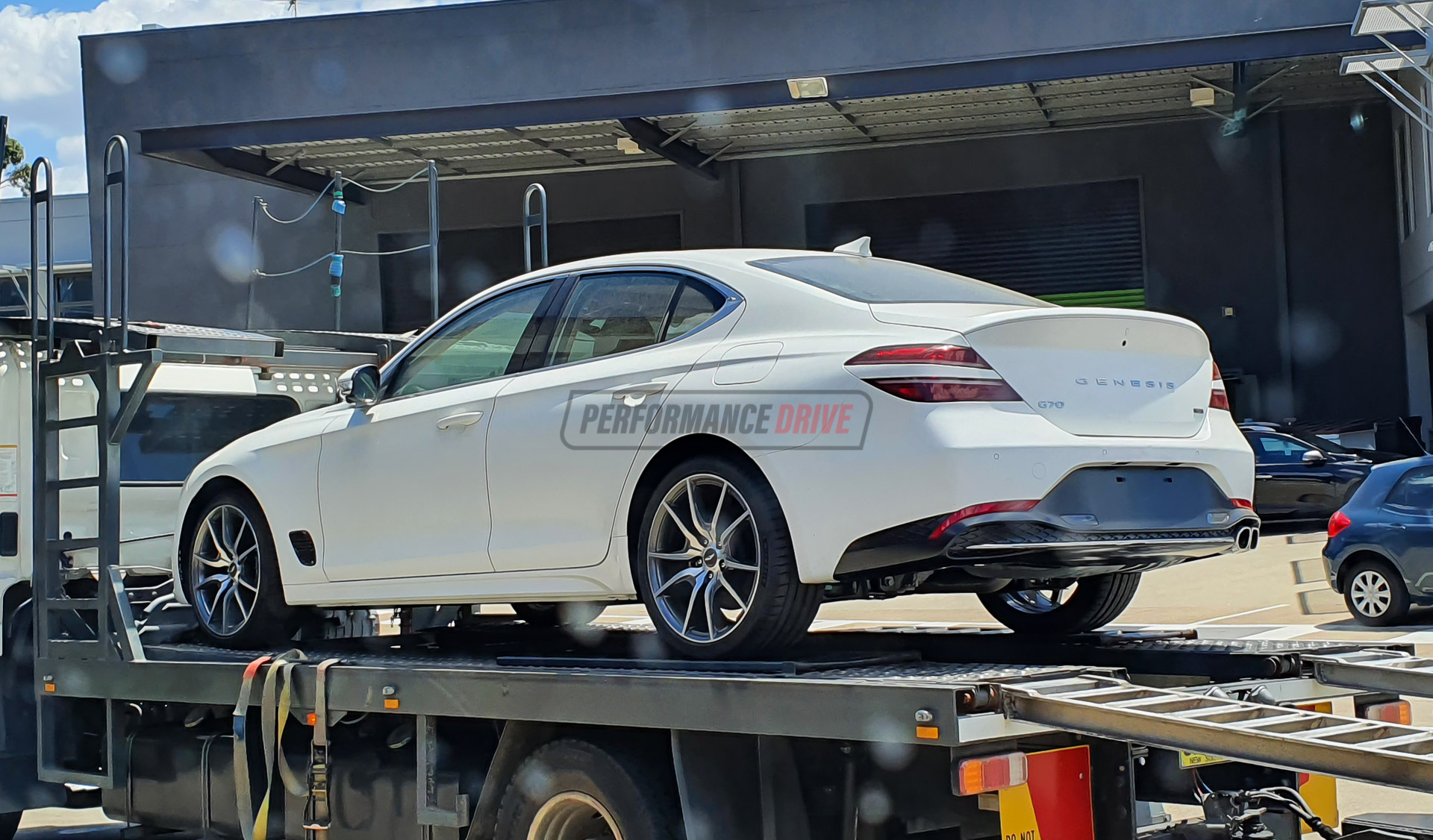 An early example of the new 2021 Genesis G70 mid-size premium sedan has been spotted in Australia, ahead of its local market arrival scheduled for the first half of next year. 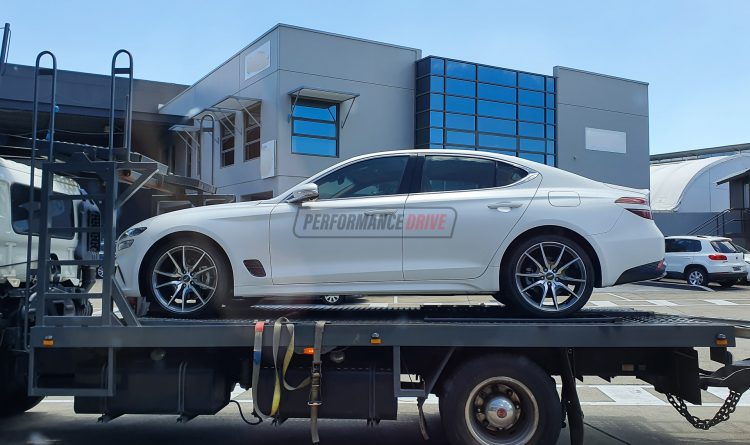 We spotted this example on the back of a truck in Sydney today. It’s believed to be one of the first in the country, likely on the way to Hyundai Australia headquarters in Macquarie Park before it undergoes an extensive local testing program.

The new model will undergo local evaluation and testing in Aussie conditions before it officially hits the market. Local engineers will also try out a range of accessories for local standards, including a tow bar and other bits and pieces. Test drivers will no doubt be evaluating the suspension and steering here as well.

This is the first major facelift for the G70, even though the current model only hit the Australian market last year. The nameplate has, however, been on sale overseas since 2017. Perhaps the biggest visual change is the switch to the company’s latest split headlight and taillight design, as seen on the recent G80, GV80, and new GV70. 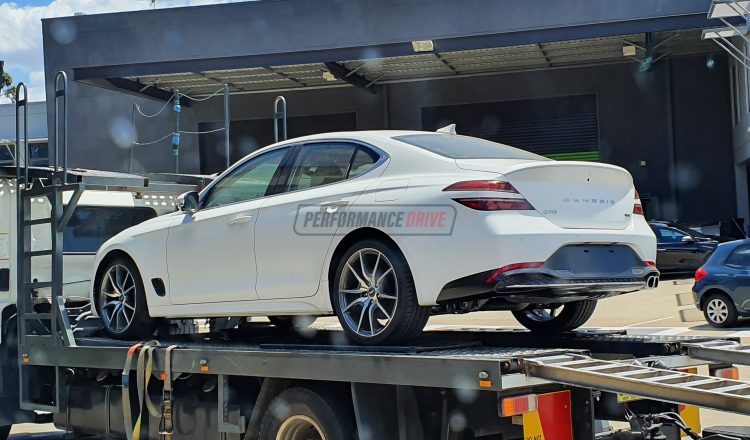 Full specifications are yet to be confirmed for the new model. Just this week the company announced specs for the GV70 though, which is essentially the SUV version of the G70. It’s still not clear if the sedan will receive the new 3.5-litre twin-turbo V6 range-topper.

Kia has introduced a facelift for the platform-sharing Stinger, but that continues with the 3.3L engine. There is a chance Hyundai Motor Group is reserving the 3.5L for Genesis vehicles only. And since the GV70 uses it, it would seem reasonable to suspect a pretty easy carry-over to the G70.

Inside, the new G70 gets the company’s fresh 10.25-inch touch-screen infotainment system, replacing the dated units in the current model. It offers over-the-air update functionality, as well as the usual Android Auto and Apple CarPlay connectivity services.

Full specs and other details are expected to be announced very soon, with Australian details to follow next year.