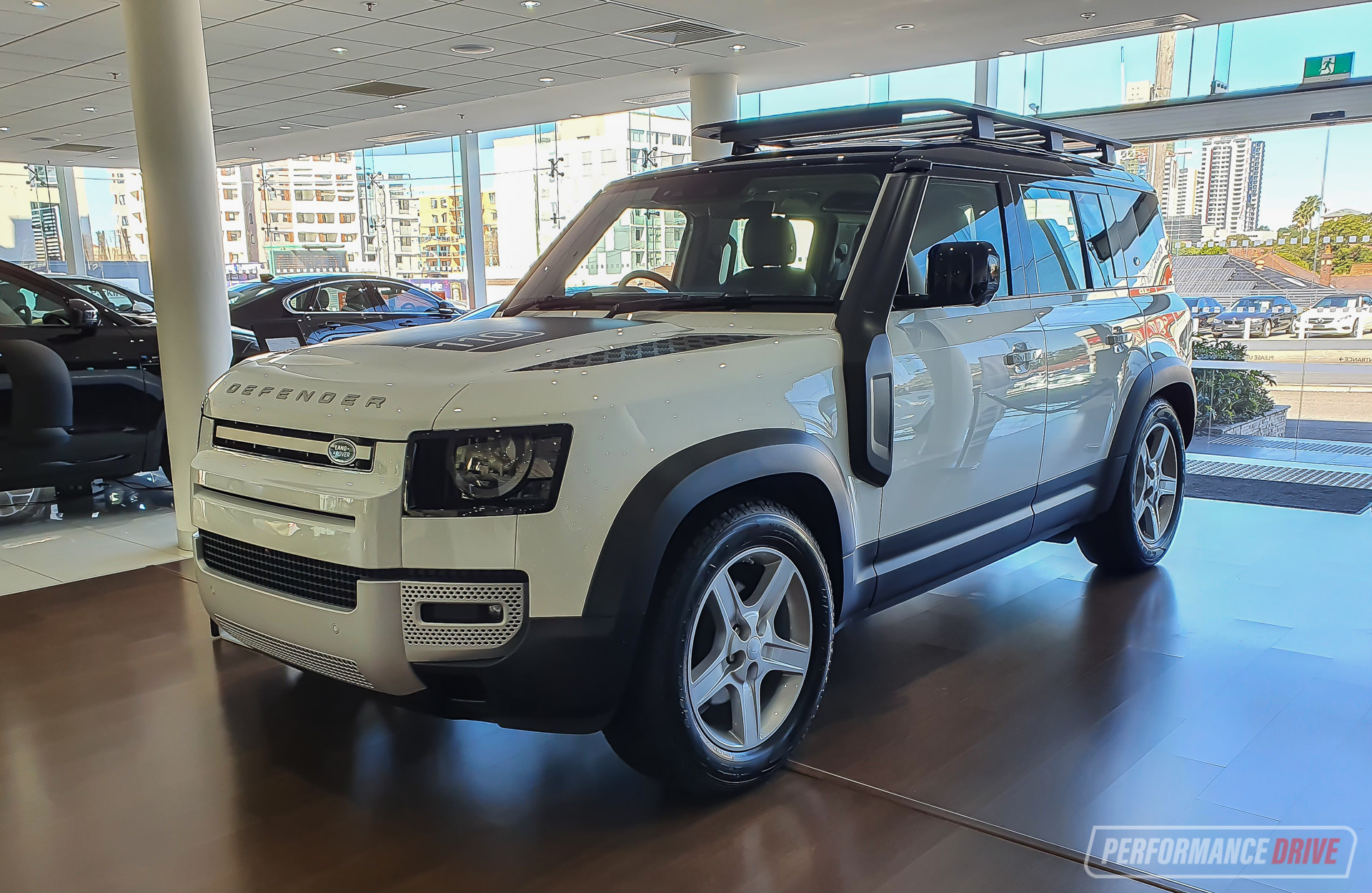 The first examples of the all-new 2020 Land Rover Defender have started arriving in Australia, ahead of its official local market launch in September. 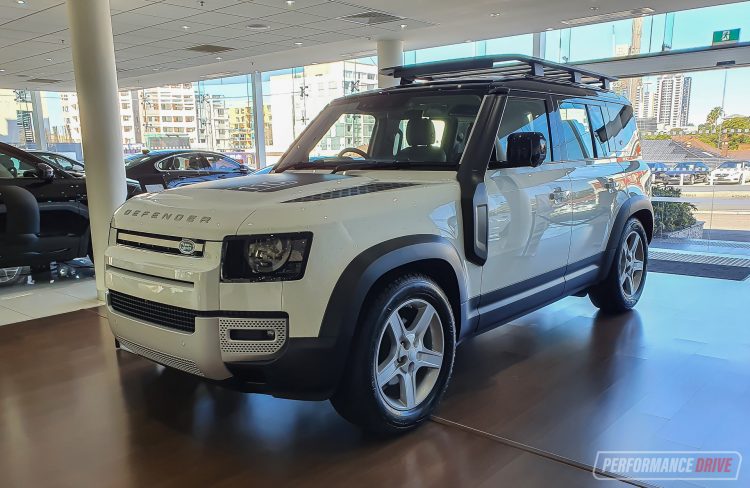 We spotted a few examples at a Jaguar Land Rover dealership in Sydney today, including a well-equipped D240 in the showroom, and a potent P400 downstairs featuring JLR’s beaut new 3.0-litre inline-six.

The new Defender is one of the mostly hotly anticipated SUVs arriving in Australia this year. And it is likely to be one of the most capable factory off-road vehicles on the market. At first the standard five-door body layout will launch here, called the 110. And next year the short wheelbase 90 will arrive, perhaps suited to the more serious off-road fanatics. The 90 was originally scheduled to arrive in October but the coronavirus pandemic has caused some delays. 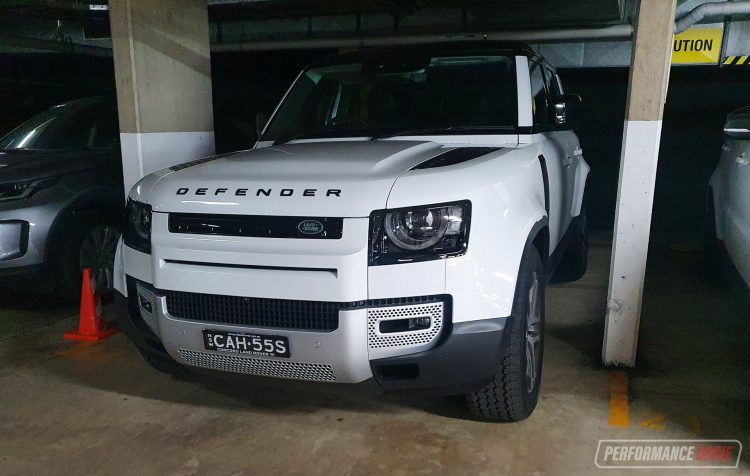 A variety of powertrain options will be presented, kicking off with the D200, and then the D240 as seen here in the showroom. Both feature a 2.0-litre turbo-diesel four-cylinder producing 147kW and 177kW, respectively, and 430Nm.

At the top of the range is the P400. It showcases the company’s latest 3.0-litre inline-six, featuring a variable geometry exhaust-driven turbocharger as well as an electric supercharger. The supercharger helps bridge any gaps potentially caused by turbo-lag, particularly lower in the rev range. On full throttle the engine develops an impressive 294kW at 6500rpm, and 550Nm between 2000-5000rpm. 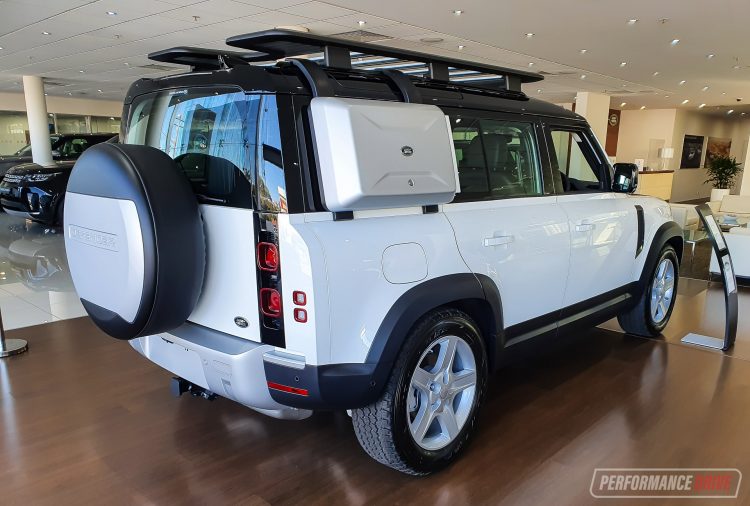 There will be a huge array of options and personalisation possibilities available too. This example on display (above), for example, features a tow hitch receiver, manual third-row seating, and the black contrast roof.

It also shows off the full Explorer Pack, which adds a sleek snorkel, wheel arch protectors, an ‘expedition’ roof rack, and an exterior side-mounted gear carrier for mucky equipment. Needless to say, this pack will be a must for avid camping and exploring enthusiasts. 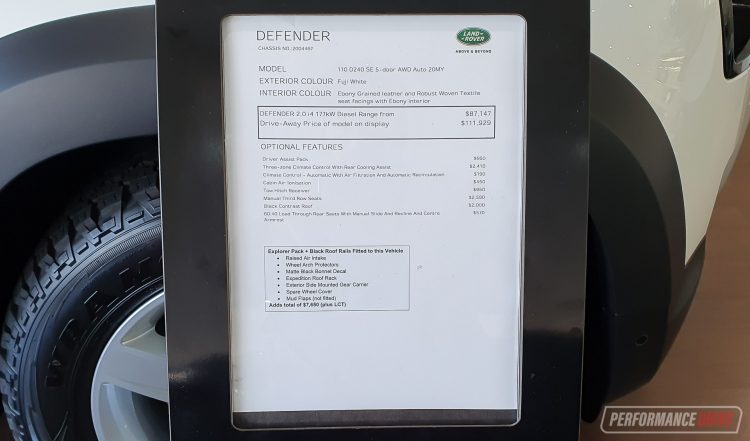 Land Rover Australia has previously confirmed prices for the 110 body style, in MY2020.5 guise, will start from the following (excluding on-road costs). Prices for the 90 are yet to be announced.