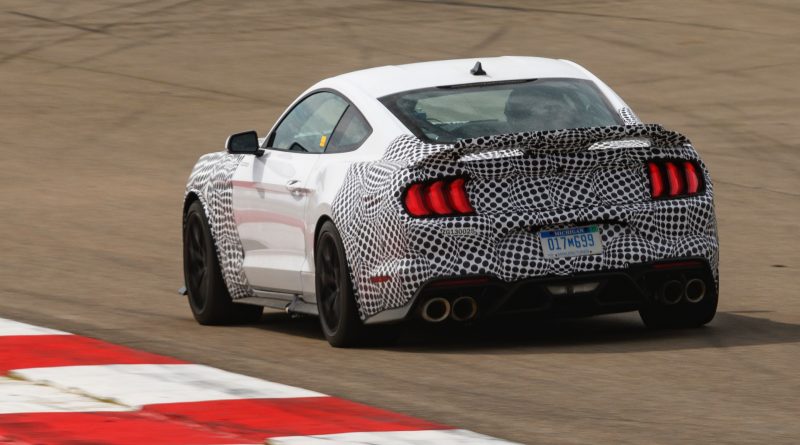 Love muscle cars that are built to turn corners? Well, Ford in the US has confirmed it is working on a 2021 Mustang Mach 1. It’ll revive a nameplate that spans back to the 1960s. The company confirmed the new model with some interesting teaser images, showing a prototype being pushed hard around a track. Ford says the new Mustang Mach 1 is being developed as a limited edition which promises to represent the pinnacle of style, handling and V8 performance for the iconic sports car.

Mustang fans will quickly recognise the Mach 1 badge as something special. It was first applied to the Mustang back in 1968-1969, featuring special tuning for the engine and a GT handling package. The Mach 1 then returned in 2003 and 2004, showcasing special handling and performance enhancements as well, and bespoke styling tweaks. Speaking about badge, Ted Ryan, heritage brand manager, Ford Archives, said:

“Mach 1 has always been that bridge between base Mustangs and the Shelby models. From a style and handling perspective, the original Mach 1 managed to stand out as unique, even in the Mustang lineup – and as the name implies, it could really move.” For the 2021 Mustang Mach 1 Ford says it’ll arrive as the “most track-ready 5.0-litre Mustang ever”, while also infusing unique styling to help it stand out among the rest. Dave Pericak, director of Ford Icons, said:

“Mach 1 has a special place in Mustang history, and it’s time for this special edition to claim the top spot in our 5.0-lire V8 performance lineup and reward our most hardcore Mustang enthusiasts who demand that next level of power, precision and collectability. Like the original, the all-new Mustang Mach 1 will be true to its heritage, delivering great looks and as the most track-capable 5.0-litre Mustang ever.” Although specifications are yet to be confirmed Ford says the new model will retain a naturally aspirated 5.0 V8, likely tuned beyond 350kW. We’re also expecting hardcore suspension, big Brembo brakes, and lightweight wheels with track-suitable tyres. As previewed by the prototype shown, there’s also set to be some aero revisions including a custom front bumper bar with larger air intakes and a unique rear wing.

More details will be revealed later in the year, with a debut locked in for the northern spring (third quarter). It’s unknown at this stage if it will be made in right-hand drive, however, Ford does say the new Mach 1 “returns for global Mustang enthusiasts”, which seems promising.