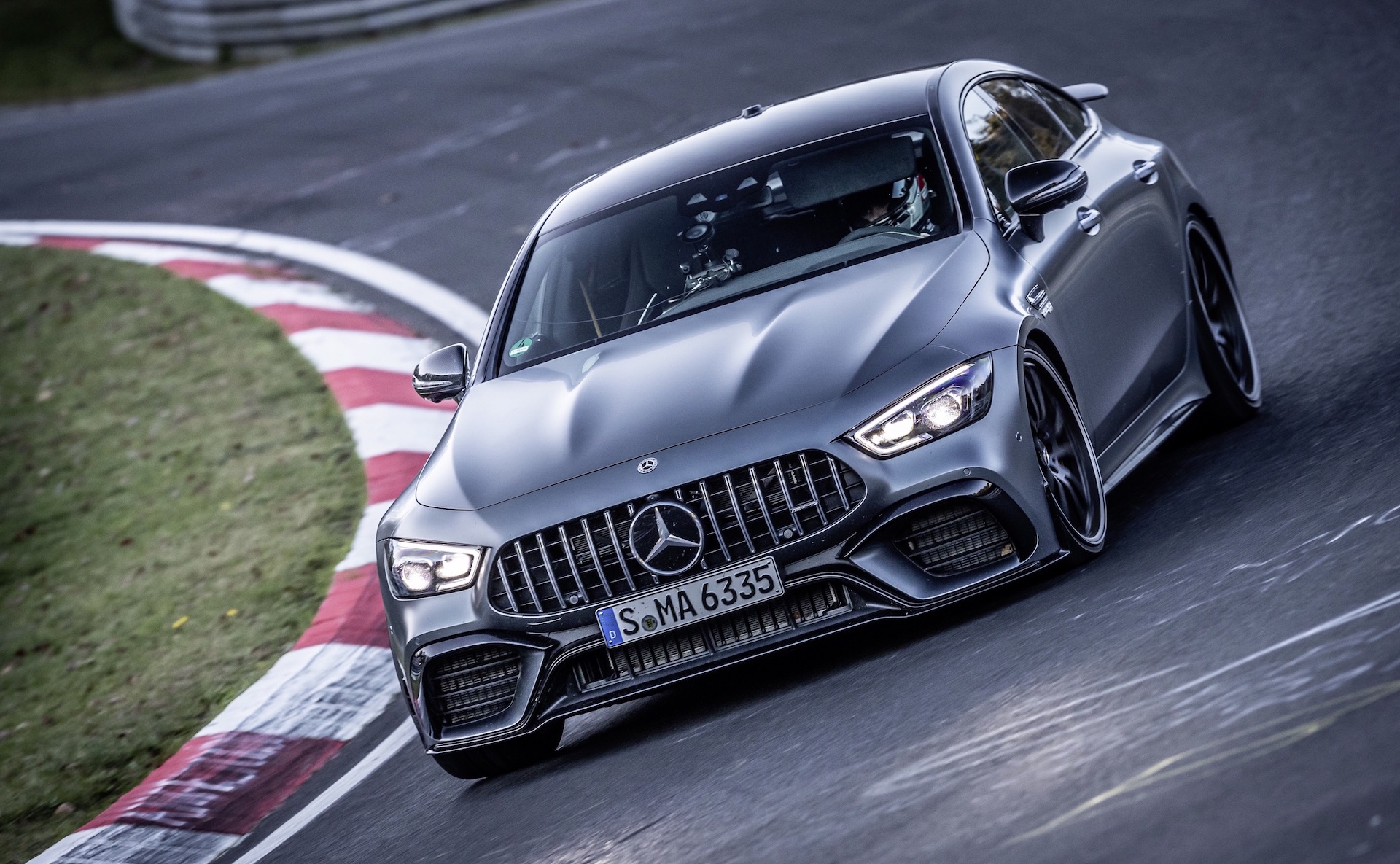 The 2021 Mercedes-AMG GT 63 S 4Matic has set a new lap record around the Nurburgring, resetting its previous lap record set in 2018. It remains the quickest production four-door luxury car to ever lap the circuit. 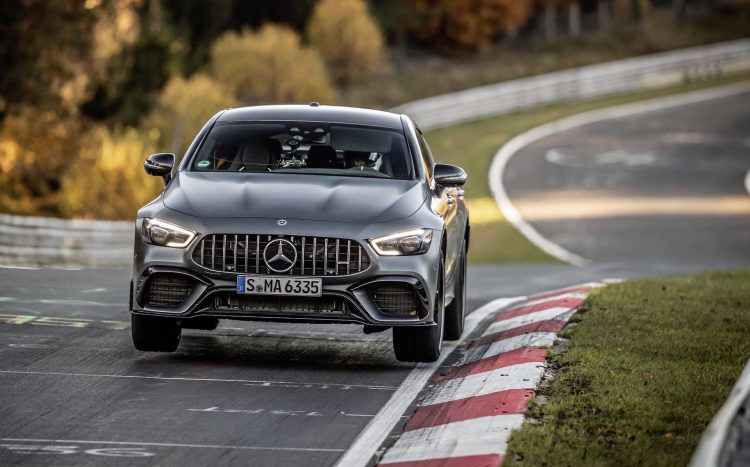 Thanks to various tweaks introduced for the 2021 model year, the beast managed to lap the notoriously challenging German circuit in just 7:27.800. That’s an improvement of 2.3 seconds over the previous record. And this is the full 20.8km length of the track, including the long main straight.

Mercedes-AMG says the record was broken with a completely factory vehicle, although it was fitted with the optional Michelin Pilot Sport Cup2 tyres. The car was also equipped with the optional aero package, which is designed to improve aerodynamics and stability at speed. AMG development engineer and former racing driver, Demian Schaffert, piloted the performance car during the record lap. He said:

“On the one hand, the four-door coupé is comfortable and equipped with many intelligent safety features for everyday driving, and on the other hand it offers this extremely high level of driving dynamics and precision, which we have now been able to demonstrate once again on the demanding Nordschleife.” 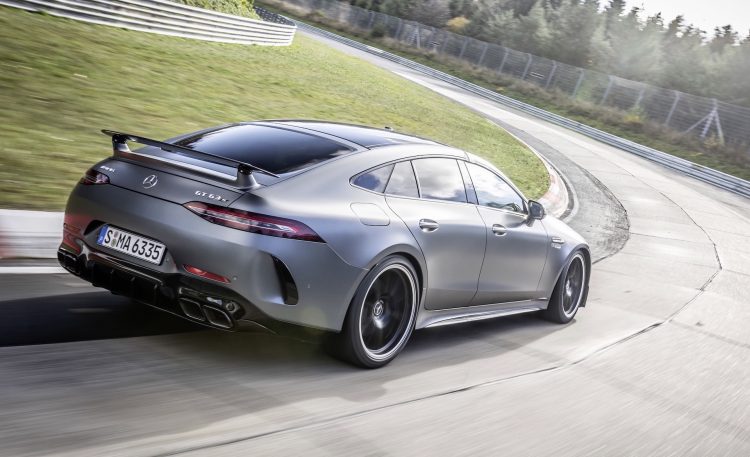 The GT 63 S is powered by a monstrous 4.0-litre twin-turbo V8 powerhouse which develops an insane 470kW between 5500-6500rpm, along with an earth-cracking 900Nm between 2500-4500rpm. This is sent through a fully variable all-wheel drive system via a nine-speed dual-clutch automatic. Acceleration across 0-100km/h takes a claimed 3.2 seconds, and the top speed is 315km/h.

Aside from featuring a range of high performance components, such as epic brakes and AMG Ride Control+ suspension with adjustable settings, and all-wheel steering and a limited-slip differential for the rear axle, the MY2021 brings in revisions to the elastokinematics and other fine-tuning.