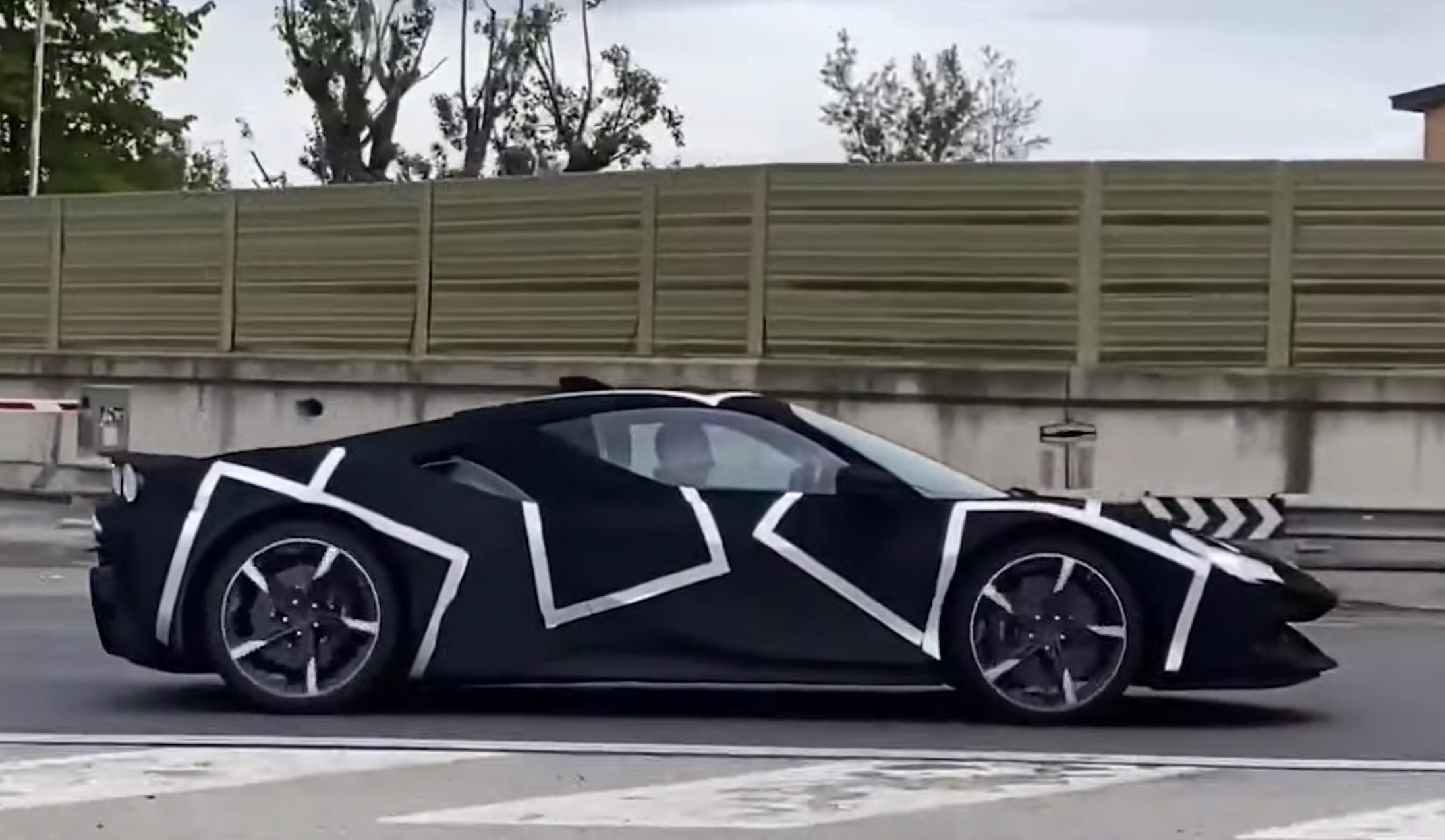 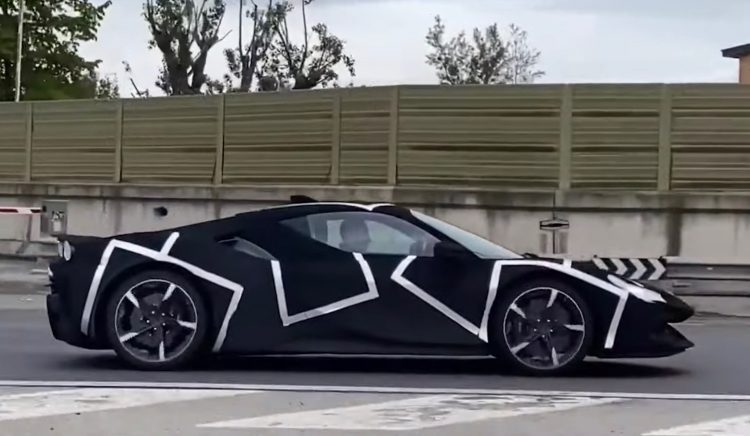 As it stands, there are very few confirmed details on the V6 hybrid supercar. Codenamed the F171, it is expected to be unveiled later this year and pitched just beneath the F8 Tributo, as a rival to McLaren’s new Artura which also features a V6. But before then Ferrari engineers appear to be fine-tuning the new setup with testing on public roads.

In a recent video capturing a prototype out on the streets (below), we can see a Ferrari test driver piloting an extremely camouflaged test car. The Ferrari driver spots the camera and tries to make a quick escape, only to be met by bumper-to-bumper traffic.

The video uploader says that the test driver eventually pulled back onto the road and was again followed, though “he was able to lose them after indicating left but aggressively turning to the right instead”. 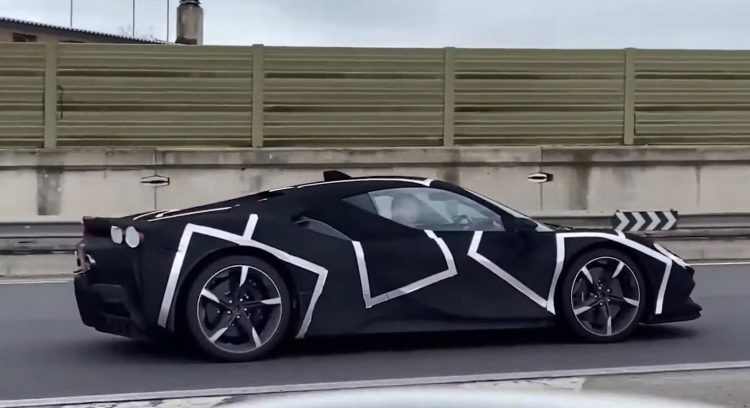 They also say that invitations to the official release of the F171 prototype have been issued by Ferrari, with the manufacturer claiming that the car will be packaged with a new hybrid powertrain that produces 725kW.

Ferrari has previously confirmed that a number of hybrid and electrified models will be joining its lineup in the near future, as the manufacturer attempts to meet increasingly stringent emissions laws around the world, while pleasing its performance enthusiasts.

Ferrari said back in 2019 that at least two-thirds of its lineup would be packaged with a hybrid powertrain by 2022, signalling Ferrari’s trajectory for the coming months and years. We can expect to see at least two new models from Ferrari this year, with the release of the upcoming hybrid F171 supercar, as well as the Purosangue SUV.

Rumours are circulating that suggest the F171 will be powered by a 3.0-litre V6 unit, with a set of dual turbochargers, as well as an electric motor for extra power and torque on the rear axle, with a more expensive dual-motor variant also on the cards. Ferrari’s chief marketing and commercial officer, Enrico Galliera, told Car Magazine:

“For the future, we are developing the V6 engine, which has benefits in terms of duty exemption [3.0-litres is a key threshold in some important global markets] and also electrification… this will give us a new approach and price positioning, and allow us to create a larger family.”

Ferrari’s chief technology officer, Michael Leiters, has also said that “the near-future is definitely about electrification; not pure electrification, but hybridisation”.

He continued to explain that “there is the potential for even more performance… on the other hand, it does add weight. We must compensate for the weight and also have better driving emotions. With pure electric, I am convinced that for Ferrari, we need more time. The most important reason for our customers to buy a Ferrari is the sound,” he said.

We’ll be sure to report back to you the minute we’ve got confirmed more concrete details of the F171. In the meantime, check out the quick spy video below for a preview. You can just hear the grumbly burble of the engine.