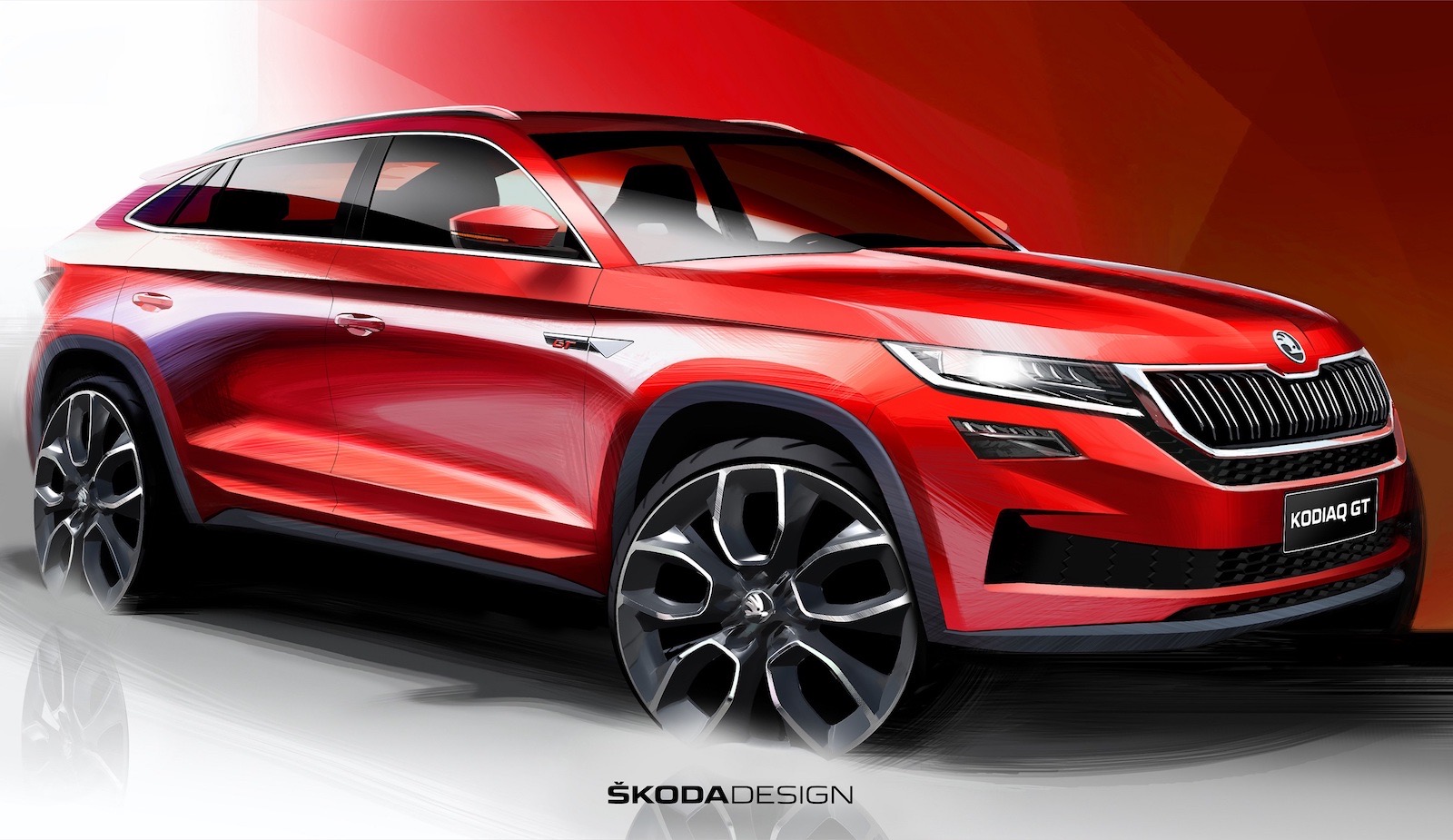 Some design sketches of the upcoming Skoda Kodiaq GT have been handed out in preparation for its debut later this year. The new model will be sold in China only. 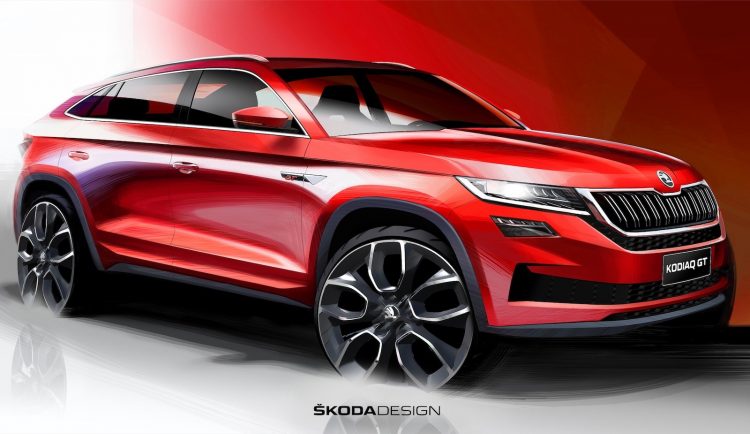 The Kodiaq GT takes on the four-door coupe SUV design theme, bringing a swooping roofline to the otherwise large wagon-like SUV. As you can see by the teasers, it does look rather sporty, with big wheels supported by wheel arch extensions.

From the front doors rearward, the roofline on the Skoda Kodiaq GT starts to slope down as it approaches a bespoke angled tailgate. You can easily spot the difference from the regular Kodiaq at the rear, from this teaser anyway. The rear windscreen looks like it slopes down almost like a coupe. 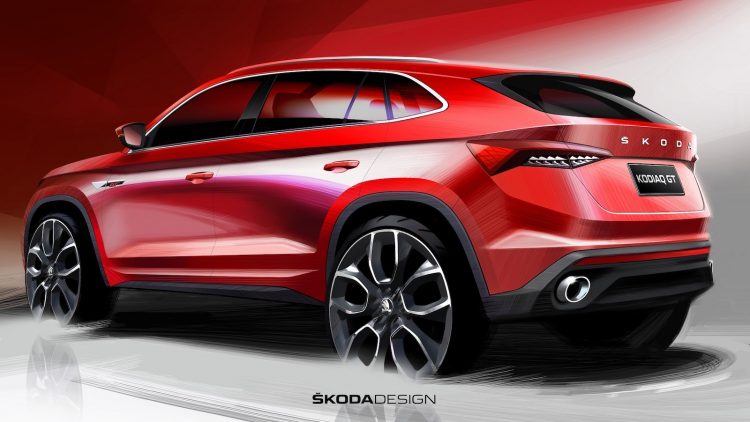 This will be Skoda’s first foray into the fashionable four-door coupe SUV market. And in China, it will come in as the brand’s flagship model. China is seen as an important market for Skoda. In fact, it will offer four SUVs, which is more than any other market. They span from the Kamiq, Karoq, Kodiaq, and soon the Kodiaq GT.

No specifications or finer details have been confirmed for the GT as yet, but according to reports it will be presented with two different 2.0 TSI turbo-petrol units. Well, the same unit only tuned slightly differently. An entry version is set to produce around 138kW and another that develops around 162kW.

A full reveal is expected to take place a bit later this year. The company says the model will be made “exclusively for the Chinese market”, which pretty much rules out any chance of an Australian introduction any time soon.