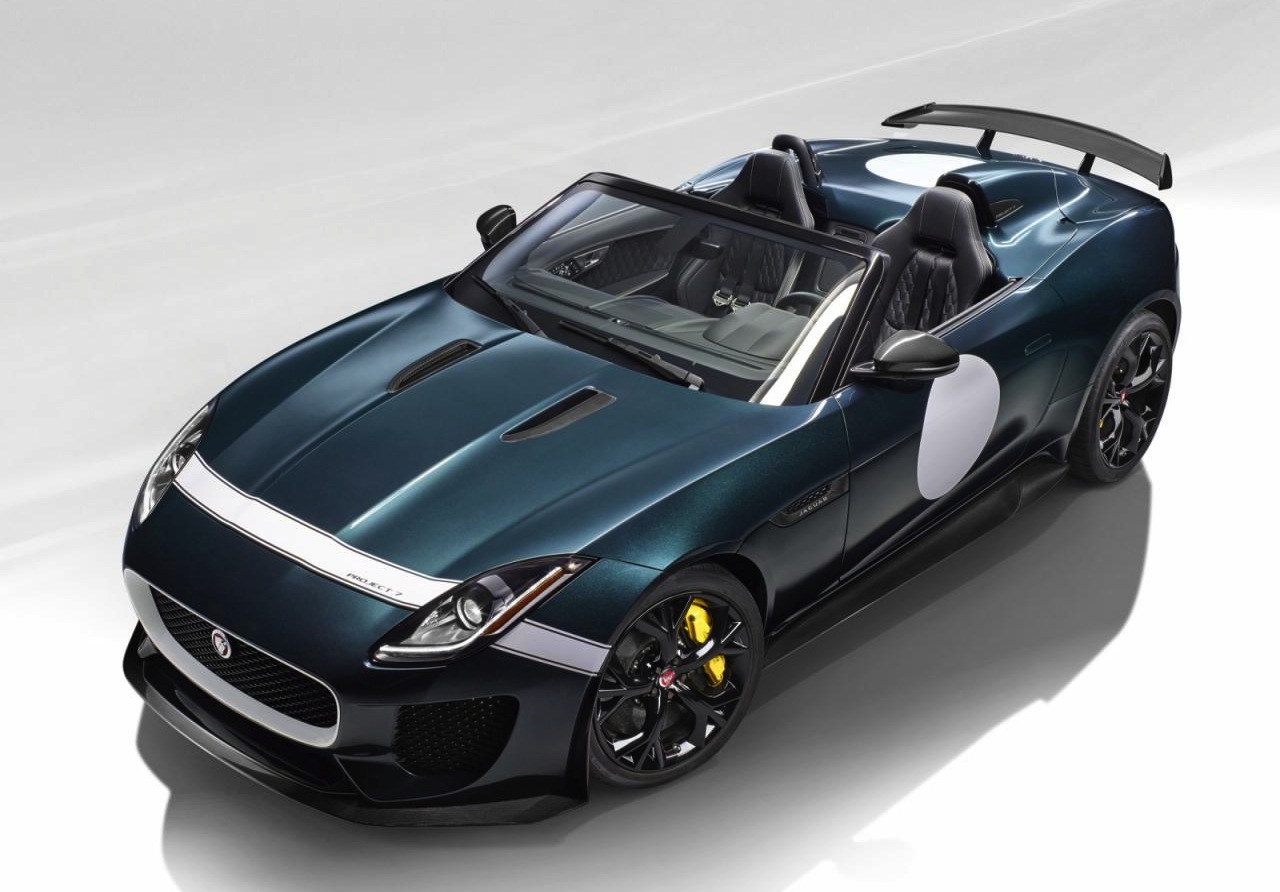 Images of the unique Jaguar F-Type ‘Project 7’ show car, which is believed to have been conjured up by the company’s Special Operations division, have hit the web revealing the customisation possibilities just before its public debut at the Goodwood Festival of Speed. 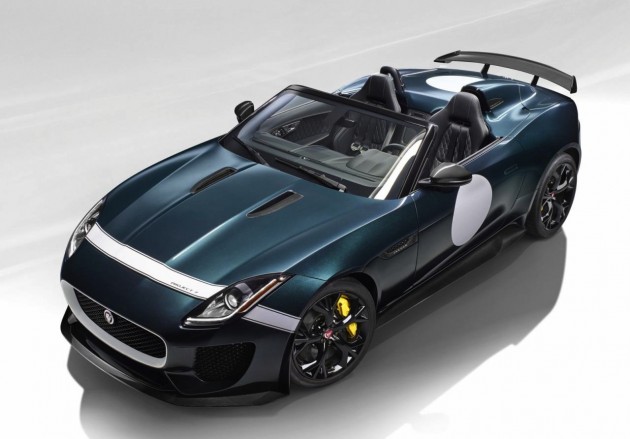 Jaguar only recently announced its Special Operations sub-brand. The idea is to offer customers an exclusive set of options and customisation plans. This F-Type is set to be the first car to showcase the potential.

The car is based on the F-Type, obviously, and inspired by the Project 7 Concept car and the classic D-Type. It comes with a sharper bodykit and skirting made from carbon fibre, a big rear wing, and a revised rear section with a race-like buttress sticking up on the driver’s side. 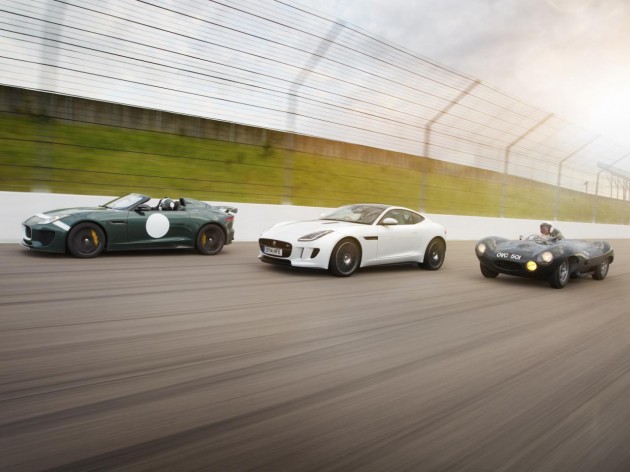 It all appears to be painted in a metallic version of British Racing Green and features some white stripes and a big circle on the doors for the race number.

Jaguar has withheld specific on the under-bonnet stuff, however, it does say this is the fastest and most powerful production Jaguar ever. It’ll likely come with Jaguar’s most potent 5.0-litre supercharged V8, with power bumped up to around 420kW from the regular 405kW specification.

Just 250 of these extraordinary models are set to hit the market.