The stunning Ferrari Roma has made its Australian debut this week, following its international unveiling in November last year. This is Ferrari’s new grand touring model, pitched as a somewhat subtle sports coupe alongside the company’s lineup of sharp-edged supercars. 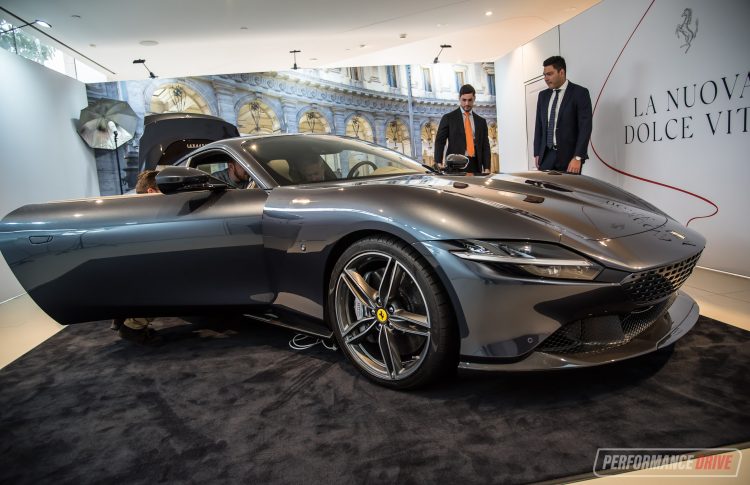 This is a relatively rare philosophy that Ferrari has taken. But think along the lines of some of Ferrari’s classic models from the 1950s and ‘60s, such as the 250 GT. These cars are built for spirited roads as well as refined motoring in urban areas. Hence why this is named after the city of Rome.

The Roma is loosely based on the Portofino (review here), incorporating around 70 per cent new parts, and sits in the range somewhere between the Portofino convertible and the F8 Tributo (review here). Ferrari describes the cabin as offering a “2+” layout, with two tightly-fit seats in the back perfect for kids or extra storage. 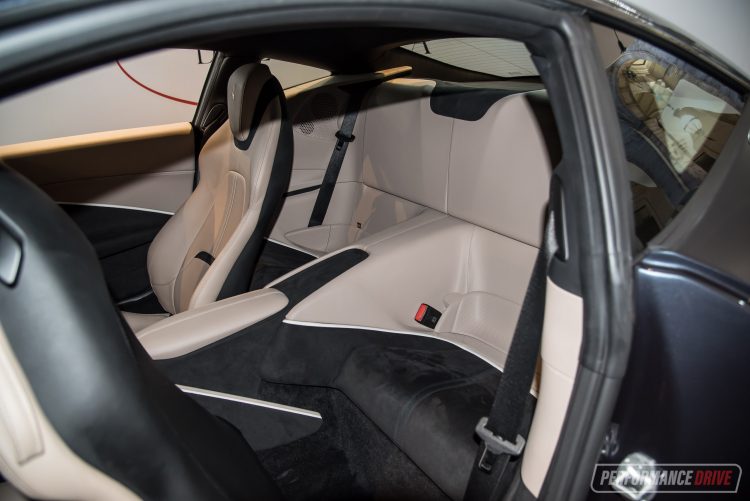 Power comes from the company’s relentless 3.9-litre twin-turbo V8, similar to the engine used in the aforementioned models. In the Roma it produces 456kW of power between a versatile 5750-7500rpm, while a monster 760Nm of torque is spread between 3000-5750rpm. This perfect overlap should provide awesome cross country performance and effortlessness.

Ferrari says 0-100km/h comes up in just 3.4 seconds, while 0-200km/h is clocked in just 9.3 seconds. These times are very near fully-fledged supercar times, and in fact Ferrari’s core V8 supercar models were achieving this just a few years ago.

Although outright driving agility isn’t the top priority, the Roma weighs only 1472kg. It also uses a quick-shifting eight-speed dual-clutch auto transmission (up from seven in the Portofino), with rear-wheel drive. Drivers can toggle between a new Manettino switch as well, providing a Ferrari-first five different settings. 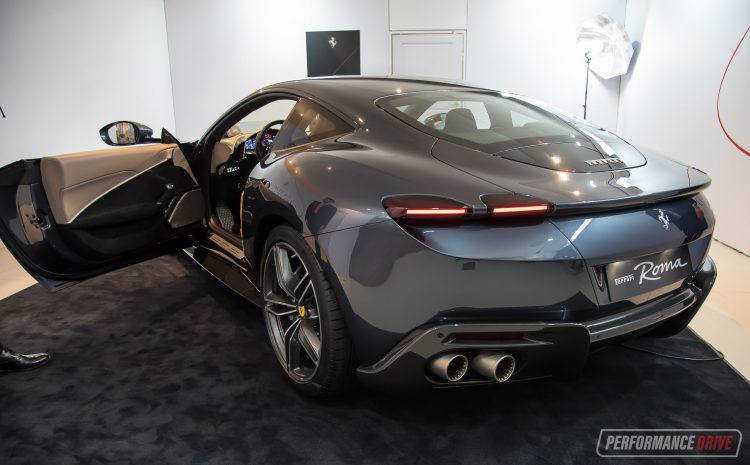 Even though the Roma is designed to be an exquisite driver’s car, the cabin has been developed to pamper its passengers more than many other Ferrari models. There’s a vertical 8.4-inch touch-screen media interface, for example, packed with on-board apps and climate control, while the driver views a configurable 16-inch digital instrument cluster. Even the front passenger is presented with their own touch-screen, including controls for the audio and climate.

The Roma is expected to become one of the most popular models for Ferrari, potentially drawing in new customers; more female buyers and middle-aged executives who want something ultra exclusive and exotic but not necessarily at the elite end of speed and power. Its modest coupe design is also set to lure in buyers who may want a less conspicuous drive than a traditional mid-engine supercar.

Prices in Australia start from $409,888 (excluding on-roads), and orders are being accepted now. The first local deliveries are scheduled to commence during the first quarter of 2021.

Ferrari production back on track following COVID-19 suspension May 11, 2020