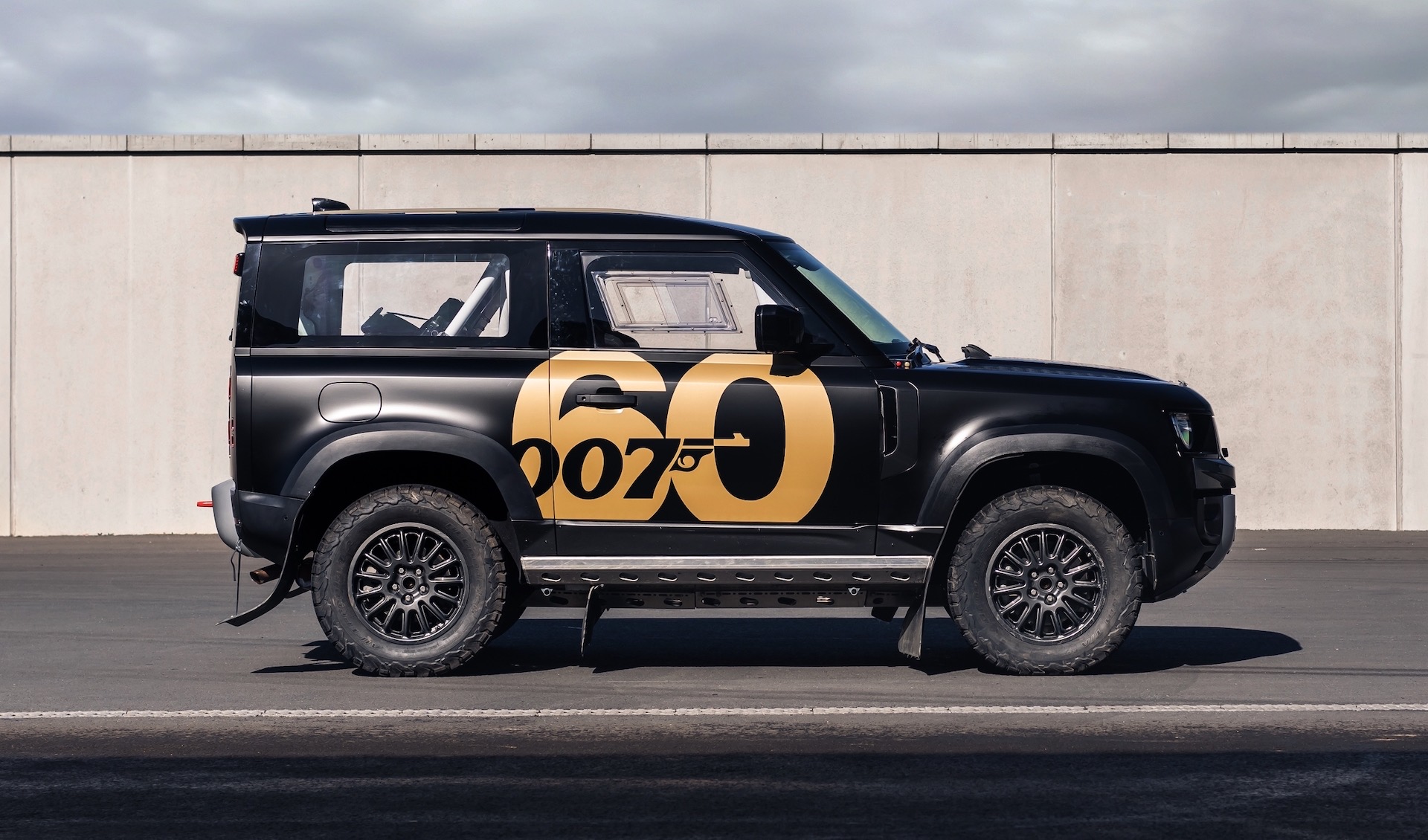 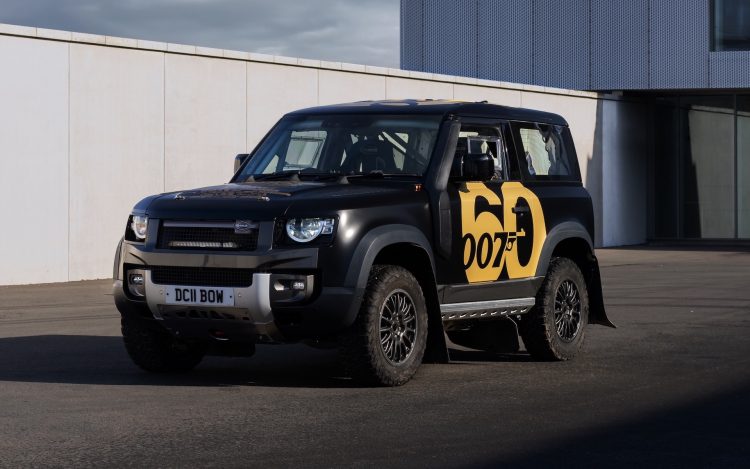 Land Rover has been part of the legendary James Bond film franchise for almost 40 years, in some shape or form. It started with a Land Rover featuring in the 1983 film, Octopussy. And so it makes sense for the company to mark the occasion with a unique project car.

Mark Higgins has been doing stunt driving work for 007 for four of the latest films, including Quantum of Solace, Skyfall, Spectre and No Time to Die. He, along with co-driver Claire Williams, will show off the new Defender’s performance and competition worthiness during the North Wales leg of the 2022 Bowler Defender Challenge on the weekend. 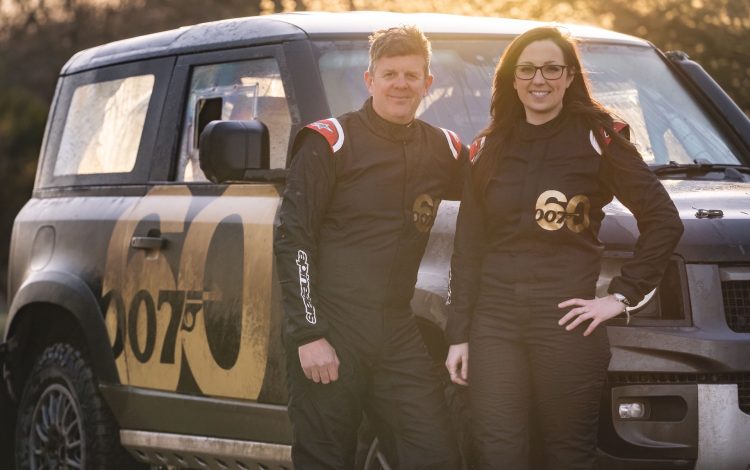 The special Defender 90 race car is based on the P300 variant, featuring a 2.0-litre turbo-petrol four-cylinder engine. In showroom form it produces 221kW and 400Nm. Some enhancements have been made for racing, such as the fitment of a sports exhaust system, while additional cooling systems have been introduced for the engine and transmission. Mark Higgins is hopeful of a great result in the rally. He said:

“The New Defender is a tough and capable vehicle when it leaves the production line and I’ve seen it perform really challenging stunts while on the set of No Time To Die. With the race ready enhancements made by the Bowler team and with Claire by my side we are confident we can have a great result.”

Other modifications include a full roll cage, racing bucket seats and harnesses, custom suspension to handle the punishing demands of the rally event, along with modified sub-frames and added turrets to increase rigidity. There’s also a set of 18-inch Bowler wheels that wear all-terrain tyres.

The other obvious enhancement is a unique 007 livery, with black and gold decals and the ‘007 60th’ logo on the roof and sides to help it stand out. The North Wales leg of the rally challenge takes place on March 26.