Over the years we’ve seen quite a few different mid-sized Holdens come and go, but none look as striking or drive as good as the 2014 Holden Malibu CDX. We’ve just road tested the 2.0-litre turbo-diesel model, and, for $35,990, it presents quite the package. 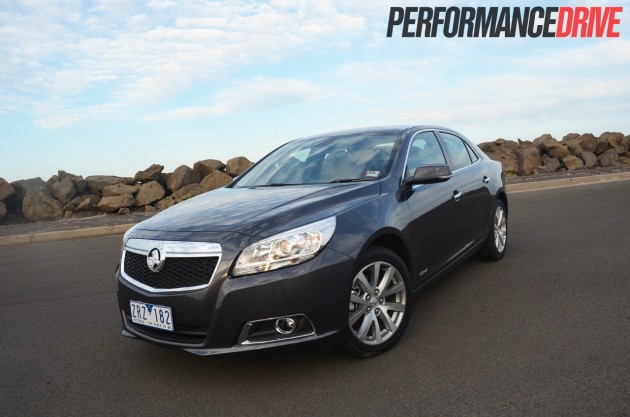 The Malibu might be new to Australia, however, it has been on sale in the US for the past 18 months. And while the US-built models are made at home, the models we receive are built in Korea.

The front-wheel drive Malibu is based on General Motors’s Epsilon II platform; a platform that is also used by the current Opel Insignia (recently sold in Australia), and the Saab 9-5.

The model we’re reviewing is the 117kW/350Nm 2.0-litre turbo-diesel four-cylinder variant. The only other engine option is a 123kW/225Nm 2.4-litre petrol four-cylinder. All Malibus are equipped with a conventional six-speed automatic transmission as standard. 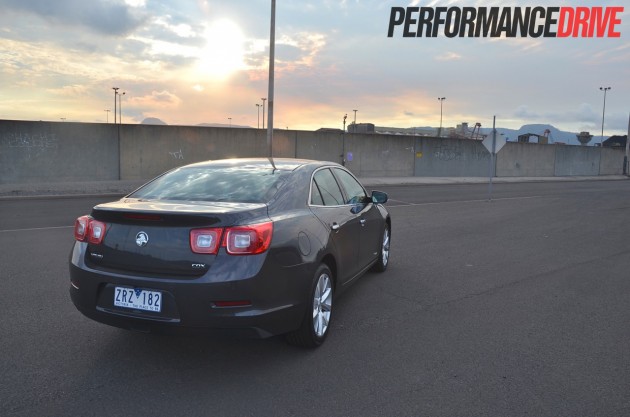 Step inside the Malibu and you’re greeted by an interior that’s well different to most of Holden’s current products. The layout is somewhat futuristic, but is dominated by a lot of plastic surfaces. There is cool blue illumination that wraps around the dash, for those who like a little ambiance in their car.

As far as comfort goes, the Malibu offers plenty of space for the front occupants, and a well-padded pair of seats. Things are a bit tight in the rear as far as leg and headroom go, leaving the mid-sizer to feel more like the smaller Holden Cruze.

The leather upholstery in the CDX feels nice to touch, and looks the part too. The heated seats also work a treat, warming things up a notch when its a bit nippy. 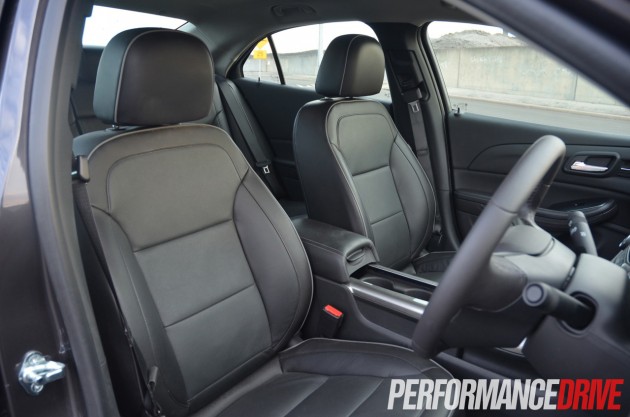 If you’re looking for a vehicle with plenty of storage, the Malibu offers lots of it. There are two cup holders in the centre console, large door bins, and a generous glove box. One cool feature is a flip-up screen in the centre console. Simply slide the latch and it opens up a deep storage cavity. Its coolness is tarnished by the way it operates; it takes quite a push to shut it, much like a cheap cassette player (does anyone even remember cassettes?).

The Malibu’s switchgear, buttons, and rotary dials feel good, are well marked out, and are easy to navigate. The steering wheel feels good to hold, with on-wheel controls for things such as phone, stereo, and cruise control. 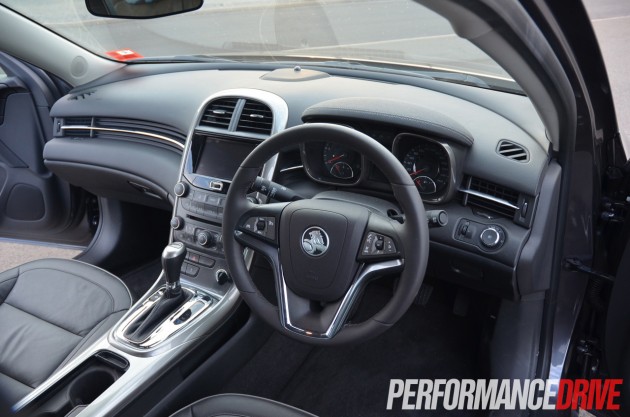 The Malibu on sale in Australia sees a custom suspension tuned suit our rugged country. The car feels sturdy and confident both around the city and on the open road. It’d be unfair to label the Malibu a city car, as it’s more than happy to travel up and down the freeway.

When driven actively, the Malibu presents a hint of understeer and a slightly disconnected steerling feel, but overall it isn’t shy of a bend or two. It feels most at home up and around big sweeping highway bends, sitting flat and composed.

The turbo-diesel engine responds well with minimal turbo-lag. We managed to use just 6.4L/100km during our combined driving test (the official average is also 6.4L/100km). Combine those figures with its 73-litre fuel tank and it’s possible to see 1000km from a single tank.

With peak torque available from 1750rpm the 2.0-litre turbo-diesel provides good low-down acceleration, and a punchy mid-range. Stomp the pedal from a complete stop and there’s a slight hesitation before things build, motoring on to a decent 0-100km/h time of 8.6 seconds.

Diesel models are equipped with hydraulic steering units, while petrol models receive an electro-mechanical system. The steering feels light off centre, but becomes more weighted as you begin to shuffle it through your hands. The steering meshes well with the Malibu’s suspension to provide a good on-road feel.

The six-speed self-shifter is smooth in operation and takes advantage of the turbo-diesel engine’s meaty torque curve. Kick down is responsive, leaping into the right gear to match your input.

Manual-mode fans will find the plus and minus gear selection buttons, awkwardly mounted on top of the gear selector, annoying. The buttons sit in an unnatural position and almost instantly discourage you from using the mode. You often find yourself simply swapping back to ‘drive’ to save the hassle.

Under repeated hard braking, the Malibu’s brake pedal tends to go a bit spongey, but it pulls up time and time again without major fuss. 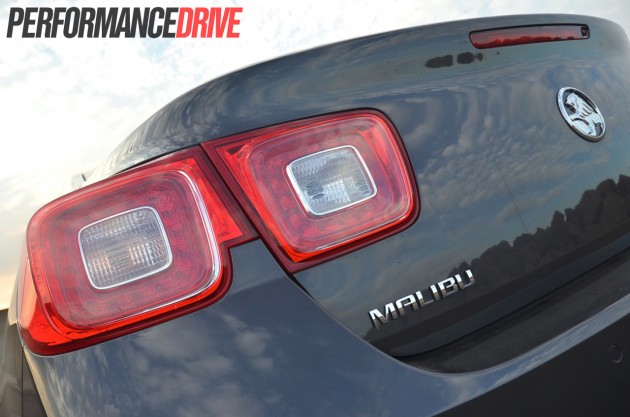 If you didn’t like the Malibu’s predecessor, the Epica, don’t hold it against this new model. The Malibu CDX offers up a rather seek looking mid-size sedan, equipped with some very cool standard kit.

It’s effortless at chewing up kilometres, and while there are some refinement issues inside the cabin, it doesn’t draw away from its overall appeal.

CONS:
– Rear legroom
– Questionable cabin quality in some areas
– Steering too light off centre
– Quite heavy (1684kg) for this segment 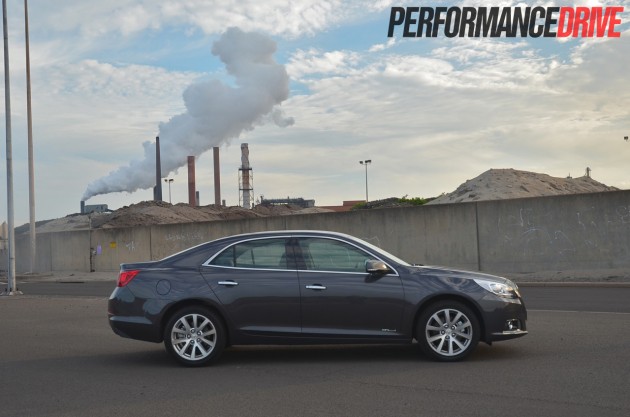