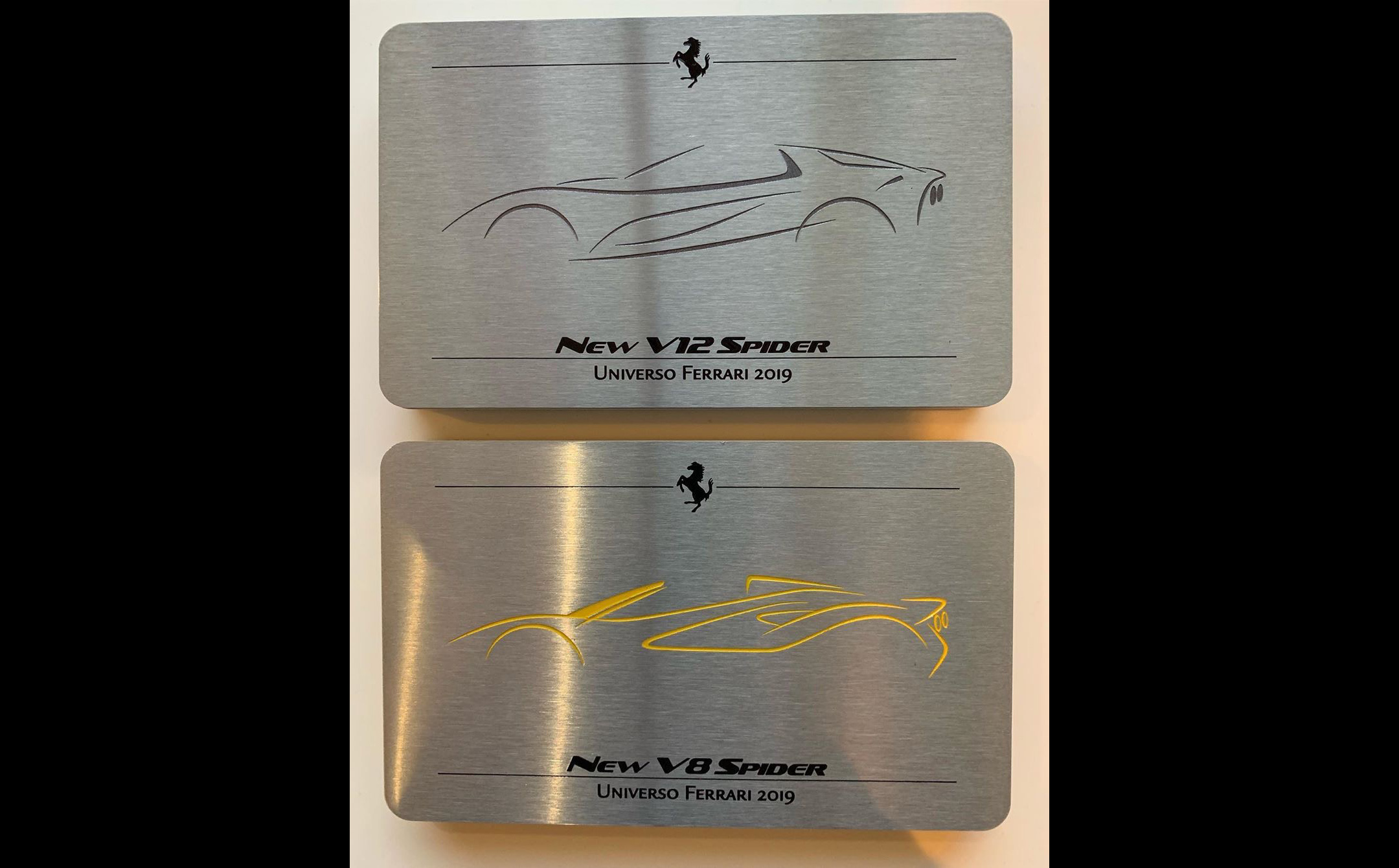 It’s essentially been confirmed Ferrari will unveil the drop-top versions of the F8 Tributo and 812 Superfast a bit later this month, following a private viewing of the two this week.

According to Ferrari Chat forum members, potential buyers were given an exclusive first-look at both of the new drop-tops today during a private event. One such recipient, known as Trax, posted up a photo onto Instagram showing the gifts that Ferrari gave out to attendees.

The gifts are paperweights, clearly showing depictions of a ‘new V12 spider” and “new V8 spider”. The names of the models haven’t been revealed as yet, but it’s pretty clear to see they are based on the F8 Tributo and 812 Superfast.

According to the forum, the drop-top 812 could be named the 812 GTS, while the F8 is set to simply adopt the name F8 Spider. There’s talk of an official debut for the 812 Spider taking place on September 9, and September 24 for the F8 Spider. This follows earlier chat about similar timings.

As far as we know the 812 Spider, or GTS or whatever it ends up being called, will receive the powerplant from the coupe 812. In that is a 6.5-litre naturally aspirated V12 that belts out 588kW. Rumours also suggest the engine could receive the tune seen in the Monza SP1 and SP2, which both produce 603kW.

In terms of the F8 Spider, it too is likely to receive the same powertrain as the coupe counterpart. The F8 Tributo coupe features a 3.9-litre twin-turbo V8 that churns out 530kW. We shouldn’t have to wait too much longer to receive the full details anyway. Stay tuned.