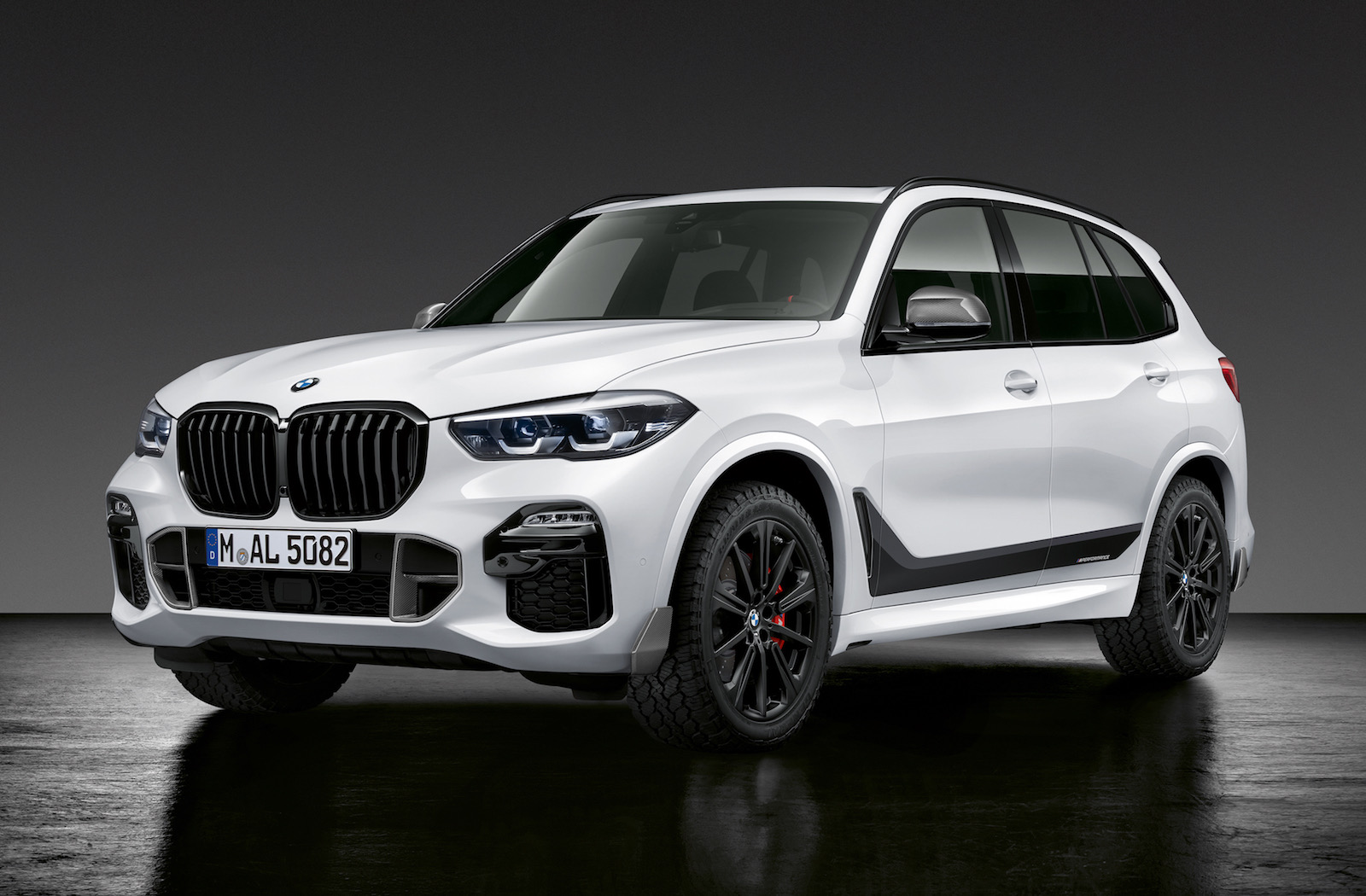 Following the reveal of the all-new 2019 BMW X5 in June, BMW’s M Performance division has now revealed new racy options that will become available for the large SUV. 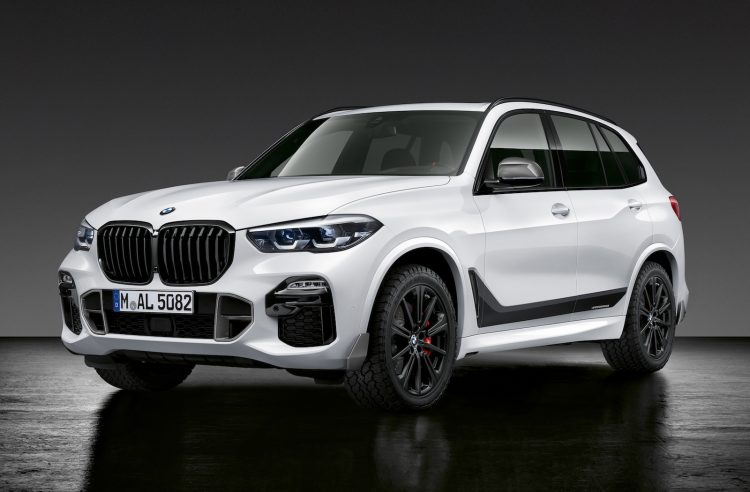 BMW is yet to unveil the fire-breathing X5 M all-out performance variant, but in the meantime customers can at least boost excitement with the range of M Performance parts and enhancements. There range from cosmetic tweaks to more functional mechanical upgrades.

Starting with the exterior. M Performance has developed a carbon fibre aero kit which includes a special front bumper bar with new intakes and corner winglets. Down the sides are some matt black skirts, carbon side mirror caps, and then the rear is finished off with a bespoke diffuser and skirting.

For the first time, BMW M Performance has developed some special off-road-ready M light alloy wheels. The Star Spoke ‘748 M’ wheels measure 20 inches, and are wrapped in all-terrain tyres. Although 20-inch wheels might seem large, these are actually pretty average by today’s standards and help to provide a smoother ride via a tallish tyre side wall.

Customers also have the opportunity to go for a more typical 22-inch size. These Star Spoke 749 M light alloy units are around 1kg lighter per wheel compared with the equivalent items, reducing the overall unsprung mass and thus improving driving dynamics just that little bit. 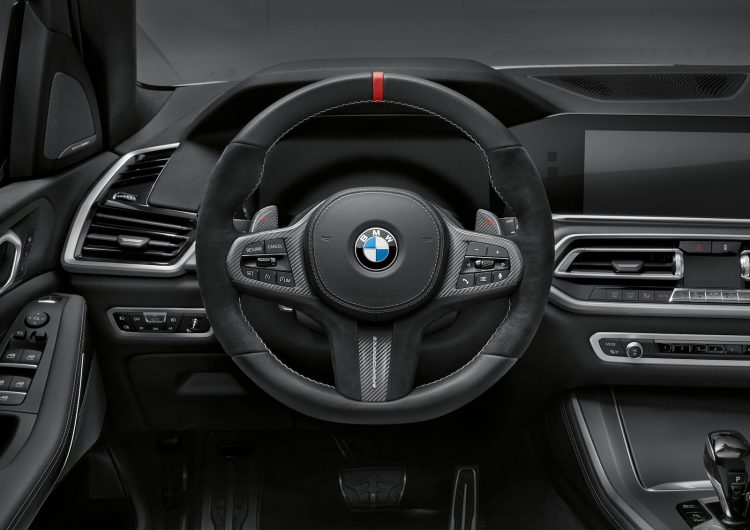 As for the interior, carbon fibre is used for plenty of the trimmings and highlights, while the driver spins around an Alcantara-wrapped sports steering wheel that promises excellent stability and hand feel. Special floor mats, pedals, and shift paddles can also be specified.

An M Performance “Drive Analyser” will also be available, consisting of an OBD stick which can be plugged into the on-board diagnostics socket. Using a smartphone app the driver can then go over his or her driving style, and analyse motorsport-like GPS tracking and data logging.

The new X5 goes on sale in Australia in November. The M Performance parts will begin rolling out in Europe from March next year, and we suspect they will be offered in Australia at some point further down the track.